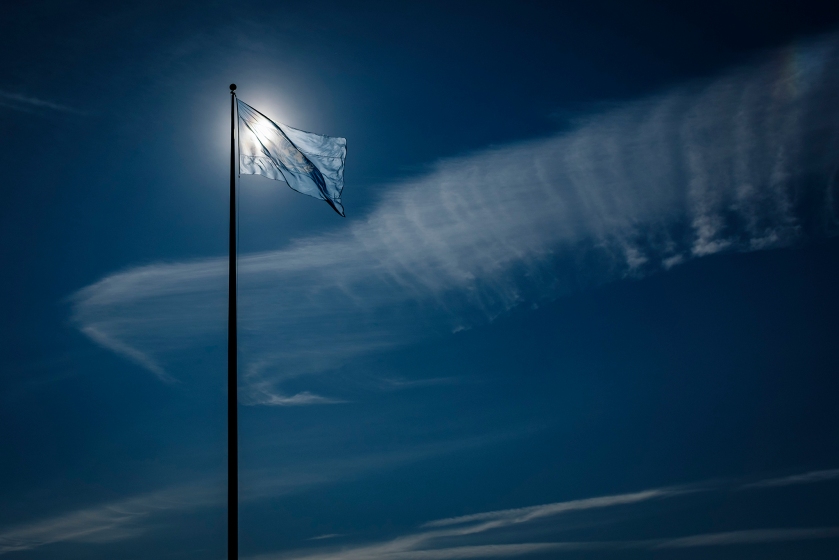 Taiwan has had a long and dramatic relationship with the United Nations, from being — as the Republic of China (ROC) — one of the founding members of the UN in 1945 to losing its seat at the National Security Council to the People’s Republic of China (PRC) in 1971. The main issue with Taiwan’s membership in the UN is based on two seemingly insuperable concerns: a concept of membership expressed in the Charter of the United Nations, the foundational document on the organization, and the so-called “one China” policy officially accepted by the UN.

The Charter of the United Nations states that “the membership in the United Nations is open to all peace-loving States that accept the obligations contained in the United Nations Charter and, in the judgment of the Organization, are able to carry out these obligations.” The operative word is “States,” since membership as the ultimate form of participation is indissolubly related to sovereignty — de jure sovereignty, and not de facto, as is presently the case for Taiwan. De facto Taiwan is and has been a sovereign Western-style liberal democracy for decades. Yet it is cursed by the “one China” policy, which claims that “the Government of the People’s Republic of China is the sole legal government of China and Taiwan is its inalienable part.” Those who want to have diplomatic relations with the PRC must break ties with the ROC.

The UN as an organization states the protection of people as its main goal. However, in to the current situation, only those who are represented within the organization are actually considered to be deserving of protection

As a permanent member of the Security Council, the PRC stipulates that its parts cannot have separate seats or any type of representation within the organization. To stimulate cross-Strait dialogue and enhance economic integration, the PRC and ROC (the Kuomintang, more specifically) have come up with terms such as the so-called “1992 consensus” and a “loose interpretation” of “one China.” According to the latter, both parties agree that there is only one entity called “China” but disagree which of the two governments is the legitimate government of the state.

With this framework in mind, the PRC and ROC could conceivably have existed within the UN system under some sort of dual representation — cases such as the Republic of Korea (ROK) and the Democratic People’s Republic of Korea (DPRK), East and West Germany some to mind, but such formulas have never worked out for Taiwan. The closest are arguably Taiwan’s membership at the WTO under the name “Separate Customs Territory of Taiwan, Penghu, Kinmen and Matsu” or “Chinese Taipei,” the name under which Taiwan participates at the Olympics.

If Taiwan cannot for the time being be a UN member, could its nationals at least have the ability to represent their country’s interest by working at the global institution?

There are two types of employees at the UN. The first involves individuals who are directly hired by the organization. Personnel in this category are known as “P- staff” — professionals. For this category, the UN does its recruitment using two systems: through a notoriously rigorous examination process called the Young Professional Program, and by seeking experience in specific fields, which is no less competitive.

The second type of employee involves people who are sent by a national government to work on a certain project of importance for the country. One example is the South Korean government, which sends civil servants and professionals to work on ageing issues (a key problem for the country) or persons with disabilities under the Incheon Strategy. National experts in the UN are paid by their governments according to UN rates.

There is yet another class of representatives in the UN — interns. The United Nations makes its highly competitive and prestigious internship program available through all member agencies around the globe. And this is where Taiwan has most of its representation within the system.

To be considered for internship, an applicant has to fill a straightforward application on the UN official career portal inspira, and submit it to the position of interest. However, internships are available only to member-states of the United Nations. Although some agencies recognize Taiwan under different names, for example, UNICEF uses “Taiwan” in its list, while UNOPS uses “Taiwan, Province of China,” other agencies do not have it on their rolls. So if a Taiwanese national wishes to intern with the UN, “Stateless” is the only option. Many Taiwanese interns indeed choose “Stateless” during the application procedure.

Moreover, if selected, Taiwanese interns often are encouraged by their supervisors not to publicize their nationality and to say that they are from the PRC or Hong Kong. This is done to avoid antagonizing China and to avoid possible retaliation from one of the largest donors to the whole UN system. Certainly, this raises issues of national identity, belonging and patriotism among Taiwanese youth. And it raises questions of whether the United Nations ignores Taiwan’s 23.5 million of people and thereby denies their right to self-determination, one of the cardinal principles of the organization and one of the core values of its Charter.

Participation in commissions or any other high-level meetings as staff-assistants is an undebatable benefit of UN internship. Unfortunately, this is something that Taiwanese interns are deprived of because supervisors would not want to disclose the citizenship of their interns. Moreover, while many interns are engaged in liaison and networking with the Permanent Representatives of their respected countries to the UN and the embassies, Taiwanese interns are only involved in written communications, which will not explicitly reveal their nationality, as would be the case if their distinguishable Taiwanese accent while speaking Mandarin were heard.

Another limitation for interns from Taiwan concerns high-level events held within the United Nations. During opening ceremonies, interns are often invited to participate in the Flag Parade where they will carry flags of the Member States in front of all the delegates. Needless to say, most of the interns are engaged in a competitive process to be chosen to carry their national flag — a symbol of the state’s membership in the UN, of its independence and a source of pride for its citizens. Sadly, Taiwanese interns will not be able to say that they have carried their national flag during any opening ceremony, unlike Hong Kong and Macao interns, whose lands are represented in the system as Hong Kong Special Autonomous Region (SAR), China, and Macau SAR, China.

Even if official UN documents and data-sheets refer to it as “Other Territories” (this includes Taiwan, the Palestinian Authority and Northern Cyprus), Taiwan is the only vibrant liberal democracy among the three. Lack of representation and the inability to carry the National flag of a peaceful democratic society certainly leads to embarrassment, frustration and disappointment with the UN system, and raises questions over the whole global body’s legitimacy among the people of Taiwan.

One of the central ideas of the UN is the peaceful coexistence of countries based on mutual respect and cooperation. The UN as an organization states the protection of people as its main goal. However, in to the current situation, only those who are represented within the organization are actually considered to be deserving of protection, while others are left to the mercy of a stronger one, vae victis. Like everyone else, Taiwan’s 23.5 million people deserve to be protected and represented.

The prevailing system makes it difficult for young Taiwanese to access internship programs and impossible to join the organization as P-staff. One way out is to accept the PRC’s authority over Taiwan and for Taiwanese to recognize themselves as citizens of the PRC — clearly a non-starter. Otherwise, the participation of Taiwanese interns remains in a gray area, as they are classified as “Stateless.” The existing rules make it difficult for Taiwanese youth to gain global experience through working at the UN, and significantly lowers their potential employability and competitiveness in the global market against nationals from other countries.

While the goal of joining the UN as a full member remains a distant one, efforts should be made to address the immediate issue of employment at the global body and make it possible for Taiwanese nationals to play a constructive role there.

Alexander Kozlov is a graduate from Simon Fraser University in Vancouver majoring in International Relations and Asian Politics. He also works for the United Nations’ Economic and Social Commission for Asia and the Pacific. This article was first published on Taiwan Sentinel and has been republished with the permission of the editors. Image credit: CC by United Nations/Flickr.