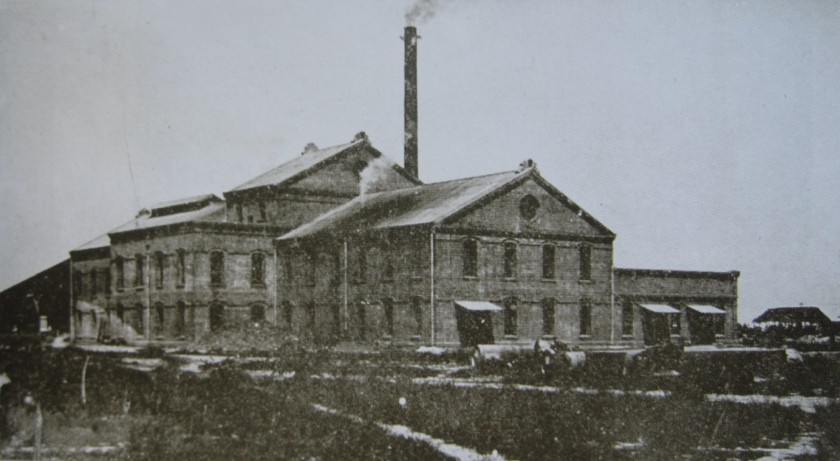 Industrialisation was at the core of the rise of Capitalism in colonial Taiwan, and historians of the period have spent considerable effort understanding this process. Whilst most historians have highlighted the role of the Government in promoting industrialisation, this view ignores many essential actors in the process. More work needs to be done to understand the role played by corporations and other forces in the grand transformation of Taiwan’s economy. These corporations played a vital role in the rise of Capitalism in colonial Taiwan.

Under the rule of the Japanese empire, Taiwan’s economic development relied on tropical commercial plantation, especially sugarcane. The colonial Government established modern sugar corporations to control the sugar industry in Taiwan and as a way to supply a large amount of sugar to the market of Japan and the whole world. In the 1920s, the subsidiaries of Japanese mega-corporations such as Mitsui and Mitsubishi rapidly accumulated capital from exporting sugar and held a monopoly over the whole sugar industry in Taiwan. However, when Japan embarked on military expansion in East Asia from the 1930s to 1940s, the corporations in the colony had to start to develop an arms industry in order to supply enough arms to the troops of Japan in the battlefield. The arms industry and relating industries could develop rapidly during the war precisely because of the capital accumulated from the sugar. In other words, the early sugar industry played an essential role in promoting the industrialisation level of Taiwan. This history is easy to state or narrate. However, due to the flux of many facets in this process, it is challenging to definitively prove or quantify how different industries interacted or how they brought about economic growth. Nevertheless, new digital tools are starting to make such a project more feasible.

Establishing relations is a central feature in the research of humanities and social sciences. It also lies at the heart of most historical analysis—these relations concern how different individuals and institutions connect and influence one another. However, researchers often struggle to prove specific relationships due to the multitude of relations that exist concurrently, and the actual effect of these relationships can be hard to prove. This has led many historians to turn to digital and mathematical methods to model relations visually and statistically. This allows researchers to observe connections that traditional methods might overlook or not be able to confirm definitively. There is already a strong community of researchers in Taiwan who have used such methods— collectively referred to as historical social network research—to shed new insights on Taiwan’s past. To name but a few, one project has mapped out the networks that implemented and influenced Taichung City Urban Development Policy from 1982 to 1992. Another researcher has discussed the change of the network between big businesses from 1962 to 2003, utilising comprehensive historical data on the boards of directors to understand the growth of the Taiwanese market. Still, others have used biographical data to map out the network of local elites and political officials in Hsinchu during the Japanese era.

I am attempting to use these tools to enhance our understanding of the economic transitions that took place in colonial-era Japan by studying market networks from 1928 to 1943. Digital methods allow us to zoom out and observe a much larger set of connections between companies than traditional methods allow us to study. I am collecting data from the boards of directors in Taiwan and using social network analysis to establish interlocking directorates from 1928 to 1943. Thus, I have to impute directorates of companies into spreadsheets. The end result is a model, which looks something like the second diagram. The nodes are companies; the edges are how many directors any two companies have. The raw data is imputed through tables shown in the first diagram, which count how many directories two companies have in common.

This data allows me to visualise networks. With existing historical data on the boards of directors for all listed corporations from 1928 to 1943, I can reconstruct the interlocking directorates in the Japanese era. This data can give an insight into how different interconnected industries were and how these connections developed over time. By comparing these networks to economic data, and through consulting existing historical research, I am hoping to highlight the role played by corporations during the development of Capitalism and industrialisation in colonial Taiwan.

We are only just understanding the potentials of this type of network research. Indeed, one of the difficulties in conducting this type of research is that it requires the possibility of imputing and coding of significant amounts of data. I have personally spent about 150 hours coding data from business investigations in Japanese Taiwan into spreadsheets.

As new archive and recourses begin to develop in Taiwan, it is becoming increasingly feasible for researchers to conduct this type of work. Tools like TBDB (Taiwan Biographical Database) and others have helped digital humanities in Taiwan take a significant step forward. Hence, as more resources become digitised, there will be new opportunities for more ambitious projects, which will aid us in refining our understanding of Taiwanese history. Such an endeavour will, hopefully, uncover new relationships that more traditional methods might have overlooked.

Yueh-Cheng Tien is studying for a masters’ degree in Sociology at National Taiwan University ; he is interested in using new technology to better understand Taiwan’s past. He is also a research assistant in the Institute of Sociology, Academia Sinica. This piece was published as part of a special issue on digital humanities in Taiwan.