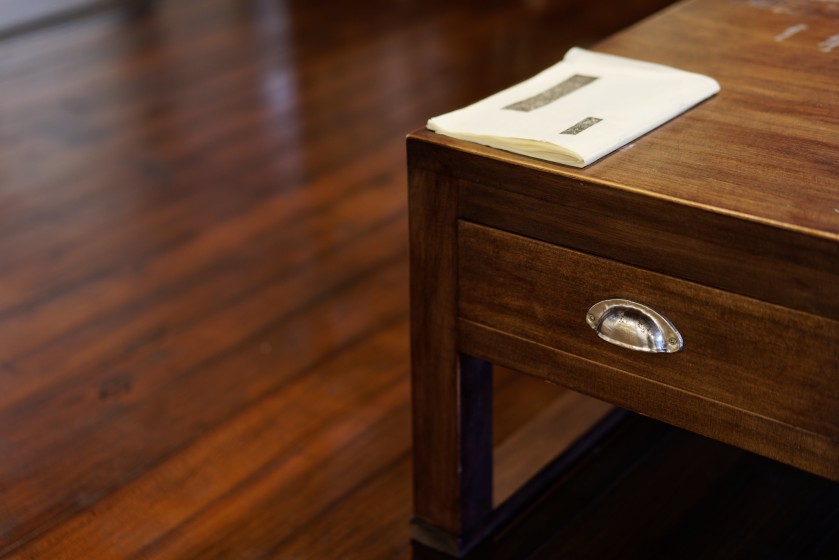 In Taiwan, 1945 marks the end of the Japanese colonisation. For many Taiwanese intellectuals and writers, it also means the abandonment of the Japanese language for Mandarin. But a language cannot be erased as quickly as architecture or other material goods. The language of childhood – the language of education – stubbornly persists. After this initial silent period, in the 1970’s – thanks to the Nativist movement – there has been a revaluation of pre-war Taiwanese writers gathered under the appellation of “a translingual generation” as they emerged from the shadows. However, our hypothesis is more precisely concerning poetry – it seems that the revaluation of pre-war writers was made through an (other) ideological filter. This is a filter that is realist, socialist, and – in terms of sharp anti-colonisation consciousness -synonymous with Taiwanese identity consciousness.

Indeed, pre-war literature, particularly poetry, is not often inspired by realist and socialist ideas. In poetry, we know that aesthetic movements from and through Japan – and globally – were not entirely linked to realism. The 1920s and ’30s were the years of Modernism, Surrealism, Symbolism and other currents. These are movements that are far from what we can term national identity consciousness. However, they still represent aesthetically valuable forms and content. I argue that these aesthetical currents produced beautiful poetry works and that they have been neglected. The case of Chen Ch’ien-wu陳千武, (1922-2012) concerning this issue is emblematic, among many other poets like Zhang Bin 張冰, Chen Xiuxi 陳秀喜and so on. Under the Japanese government, Chen Ch’ien-wu mainly wrote lyrical poems. However, it seems that these poems are still de-valued, even when they are reconsidered. Indeed, their sensual, loving and sorrowful tones are not sufficiently praised. They are often seen as youthful errors, not as a legitimate style with its own specific history, context and value, which we now merely deem regrettable for partly abandoning after the governmental shift. We ask why these poems are despised? Could we find some aesthetical value in them, and could we find some reasons for Chen Chien-wu to write in this way? Is it indecent for a young man to write about feelings of love during colonial oppression and wartimes? Does apolitical poetry necessarily mean compromising? When translating them into Mandarin in the 1960s, did the author himself try to readjust them, making them more politically correct even while translating Japanese poets in Mandarin all his life?

Among the various researchers working on Ch’en Chien-wu, very few are concerned with his poetry. Most of the time, they concentrate on his fictions. This is especially the case with his novels about his war experience as a volunteer in the Japanese army. When these writings are concerned with poetry, they almost only emphasise his youth’s sufferings, along with his resilient consciousness. Four strategies are adopted to erase his poetic style during colonisation. The first one is to make a biographical study of his works and concentrate on poems about childhood written after 1958. The second strategy is to mix poems from before and after the war. The third strategy is to talk only about the few realistic poems of his first period as emblematic of Chen’s style in his all life. The last strategy is to ask the author himself: he is the first to say that “poetry is a kind of resistance”.

The only way to escape this invasive vision is to investigate his poems from an aesthetic perspective. Chen was around twenty when he wrote them, and some may argue that he was too young for writing valuable poems. Nevertheless, we are stunned by the quality, profundity, and maturity of his writings. These poems are not the product of mere youthful enthusiasm but reveal natural poetic talent. Maybe Chen – even at this early developmental stage – has already found his style, a lyrical one.

Furthermore, he was aware of what modern poetry was at his time. He knew the different techniques of poetic language and how to use them to create his own works. Chen fond of combining opposed lexical registers, which most of the times break with emotion. Japanese and Taiwanese surrealism and modernism have developed their own specific methodologies. They are mixed with other literary tendencies, as lyricism and symbolism. Love is often the central theme in all these currents, and Chen has learned from surrealism the importance accorded to image.

Among 27 poems of his first publication, “Hoko no kusabue” 徬徨の草笛 (“Wanderer’s flute”), twenty-two are lyrical, and their main topics are love, solitude, women’s beauty, and sadness. In the two other poetic collections – respectively published in 1942 and 1943 – Hana no shishu « 花の詩集(“Collection of Flowers”) and Wakasa若櫻 (“Cherry trees”), as the titles suggest, most of these poems have the same inspiration: love, solitude and nostalgia. The poetry of Chen Ch’ien-wu is thus characterised by the topic of love, the vocabulary of modernity and the presence of war.

We could say that the lyrical-poetic vein of Chen Chien-wu is suddenly interrupted by the War, the government transition and also a shift in language. After a silence of seven years, he published his first poem in Mandarin in 1958, using a new penname Huanfu 桓夫 as if willing to turn the page, to make a clear and definite separation with the past. Of course, we do not know what kind of poetry he would have written in another political context. However, some writers say that each language is devoted to a specific genre. Hence, we would like to say that for Chen Chien-wu, it was Japanese that was his lyrical language and not Mandarin. However, it is more in the transient translation of Japanese’s poetry than in his own creation that Chen Ch’ien-wu keeps alive the link with the lyrics of his youth.

Sandrine Marchand is an Associate Professor of Chinese at the University of Artois, France. Her scholarly interest focuses on the issue of memory in Taiwanese modern literature.

This article was published as part of a Special Issue EATS 2021: Narrating Taiwan