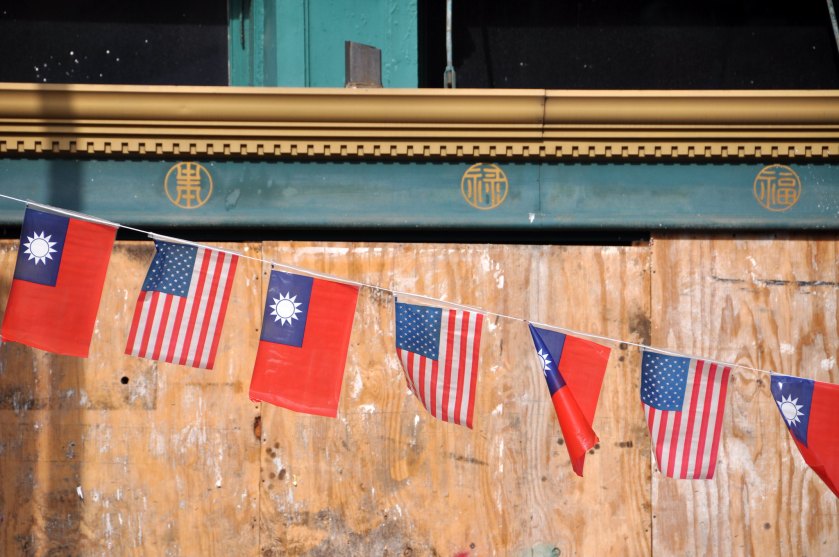 On December 18th, Taiwanese voters headed to the polls to vote on four key referendum topics. They rejected all four referendum proposals in a close but decisive vote.

The votes were held on four topics, each of which were put forth by an opponent to a policy change pushed by the Tsai administration. Voters were asked explicitly whether they support:

The outcome of the vote, a “no” to all four proposals each with less than a six-point margin compared to “yes” votes, can be interpreted as a vote of approval by voters for the Presidential Office’s agenda against concerns raised by a loose coalition of local environmental activists in Taoyuan and the opposition KMT party.

Headwinds were strong in the weeks for the Tsai administration before the vote, especially when a close supporter of the DPP – the sole Taiwan Statebuilding Party legislator in the Legislative, Yuan Chen Po-wei – lost his seats in a recall election just two months ago in October due to publicised personal misconduct and a successful local KMT campaign.

Approaching the night of December 18th, a close but decisive result came out. Voters said no to each of the proposals – the best-case scenario for the DPP barring a victory with wider margins. The KMT can be said to have lost since it was a direct sponsor behind three of the referendum topics and an ally to the sponsor to the LNG topic.

The newly elected KMT Chairman and former presidential nominee Eric Chu, who seems to be interested in revitalising the party in a younger, centrist, and reformist position against the party’s conservative and pro-China wings, may have undermined his recent efforts when he proclaimed that “referendum is dead.” Chu was ambiguous as to whether he meant to discredit the credibility of just this referendum or was referring to all future referenda. He also called the Tsai government “dictatorial” in his defeat.

The vote in the direction of the government’s agenda is significant for several reasons. First, the proposal to reject imports of U.S. pork products, petitioned by KMT legislator Lin Wei-chou, concerns the current efforts to advance U.S.-Taiwan trade relations. The two other proposals relating to Taiwan’s ability to power itself are also tangential to U.S. interests, as the booming ICT industry and Taiwan’s TSMC take front pages amidst a global semiconductor shortage.

In the bigger picture, the turnout, margins, and alignment of political parties are telling of Taiwan’s political development. Although the Tsai administration faced significant opposition and challenges from other political parties, there were also parties such as the Taiwan People’s Party and New Power Party, which aligned with the KMT positions on specific proposals and DPP positions on other proposals. This highlights the growing diversity in the underpinning ideologies that drive each political party.

After Tsai announced a fundamental policy change on U.S. pork imports in August last year, U.S.-Taiwan trade talks resumed this year, and a major talk was held in June. Despite this, the policy change announcement drew public criticism and breaks within the party. As a result,, discussions were primarily on energy and pork import policy in the days leading up to the vote.

Regarding Pork and Liver

The controversy over allowing the import of pork containing ractopamine has been a blocker to any U.S.-Taiwan free trade agreement since Taiwan’s accession to the World Trade Organisation in 2006.

Although Taiwan was obligated to harmonise its trade regulations as a part of the process, which includes establishing a maximum residue limit on chemicals used in the production process of imported agricultural products so that Taiwan’s market is relatively open to trade, the Taiwan government did not do so owing to strong opposition by domestic groups.

For as long as Taiwan has been democratic, successive governments have supported opening up trade, no matter the party in power. In contrast, the opposition parties have almost always stood on the side of farmers and activists.

With the DPP in government now since 2016, roles reversed from nearly a decade ago, when the DPP opposition in 2012 strongly opposed the importation of U.S. pork products containing ractopamine to block the Ma administration’s efforts to advance U.S.-Taiwan trade relations.

Despite a lack of scientific evidence suggesting that consuming pork containing ractopamine causes any bodily harm, opponents to lifting the trade barrier in Taiwan have successfully painted ractopamine as a chemical harmful to humans when ingested. Moreover, since as early as the 2000s, antagonism towards American meat imports have been especially amplified when cases of BSE, a prion disease infecting cows, emerged in the United States.

Though U.S. beef products are now commonly seen around in Taiwan, there are still policies that impose trade barriers for all meat imports, such as requirements for restaurants to show diners precisely from which countries the meat being eaten are coming from.

For the last ten years or so, Taiwan has maintained a ban on pork imports containing ractopamine, which is an effective ban on imports of most U.S. pork products, while allowing U.S. beef products to enter the Taiwan market.

On referendum day on December 18th, with the Tsai administration making a convincing argument for refocusing the issue on trade rather than public health concerns, the result came in: “no” to continuing the ban on ractopamine-treated American pork imports and three other policies on mainly domestic issues.

This means that there is now more reason for negotiations to continue for a U.S.-Taiwan trade agreement. Having seen its neighbours, such as South Korea, Japan, and China, increasingly integrated into FTAs with larger economies in recent years, voters’ concerns over continuing to block a key prerequisite to a U.S.-Taiwan free trade agreement likely played a role in shaping this result. Moreover, since polls have shown that “the economy” is a top concern for voters in Taiwan during recent elections, voters likely perceived voting no to the ractopamine ban as the less economically beneficial decision for Taiwan.

The former position taken by the Taiwan government once blocked any potential trade agreement with the United States from existing. However, with the current policy change supported by the public, a future trade agreement is now likely to be possible.

With voters having voted in favour of the Taiwan government’s agenda, a statement was made to show that the people of Taiwan have rejected a set of measures that would provide momentary solutions to some of Taiwan’s pressing issues at the cost of long-term economic planning.

Another impact to consider is what the close margin of victory means. The Tsai administration and the DPP still have uphill battles ahead for domestic politics. This weekend on January 9th, there will be an important meeting to replace the aforementioned Legislative Yuan seat previously occupied by Taiwan State Building Party’s Chen Po-wei. In this campaign, former Legislator and DPP spokesperson Lin Chin-yi runs against KMT Local Leader Yen Kuan-heng in a KMT stronghold district.

That race will be a key bellwether for the upcoming mayoral and local legislative election, which will happen in the last season of 2022. With such a close sliver of margin in terms of public support for the administration’s projects, which develops Taiwan as a whole at the cost of stepping over localist interests, a backlash might be seen in the next election.

In monitoring the development of U.S. Taiwan trade in the next few months, it would be key to note any future meetings between Taiwan and U.S. officials, whether under the TIFA agreements or not. If these meetings are to continue to happen, the levels and the substances of the meetings would be the most important indicator of progress.