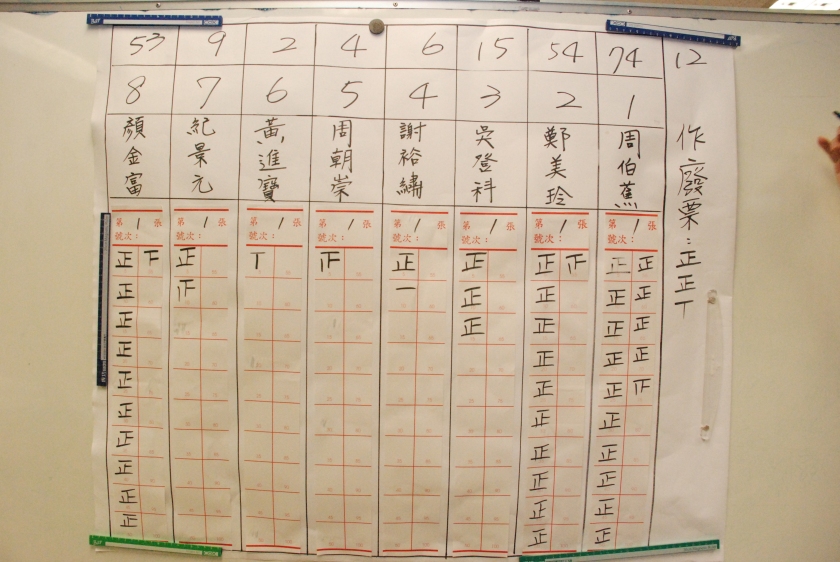 This article was originally published by The News Lens. Find the original article here.

If you’ve read enough articles about Taiwan, you’ve come across at least one with a photo of Taipei at night, lights on in every building, praising Taiwan’s success as a “digital democracy.” What lies within are usually stories of pandemic-related technology, references to Taiwan’s high-tech experiments in governance, its Uber legislation, or just stories of government offices’ use of social media.

As someone who has researched and written about digital activism in Taiwan, I have no problem with discussion of the intersections of power and technology in Taiwan. My issue is not about what stories we are telling about Taiwan, but how these stories are being told — and by whom and for what purposes. I think it is crucial we tell stories of the building and failed attempts of digital participation, not just boosterish reports of the successes of digital democracy in Taiwan.

First of all, the term “digital democracy” doesn’t really tell us anything useful. Taiwan has been digital as long as it has been democratic. Candidates in elections in the 1990’s posted on bulletin boards. Former president Chen Shui-bian had an A-Bian e-newsletter, and Taiwan’s presidential office has had its own website since at least 2001. The term “digital democracy” itself dates back to the 1990’s when policy makers, academics, and journalists started to reflect on how the emerging World Wide Web would affect citizens’ access to information. It was a period of digital optimism, with Bill Clinton famously quipping in the year 2000 that China’s attempts to regulate the internet would be like “nailing jello to a wall.”

The techno-optimism of the era, especially its hope for the democratic potential of the internet, may appear dated. But today all governments, and thus all democracies, are digital to a lesser or greater extent. A term like “digital democracy” doesn’t really tell us how a government is or should be digital. It doesn’t allow us to separate something as simple as a government website providing information from digital service provision.

It also hides that effectively all democratic governments are using digital tools both to increase democratic participation and also in nefarious and sometimes covert efforts to collect citizen data for new forms of surveillance. The reemergence of the term as a buzzword for digital service provision, or government tech, is a trend I hope we can move away from.

It is important to separate the fundamental digital transformations taking place from the surface-level digital tools that are emerging. This is why it is perhaps more fruitful to talk about “open government” than “digital democracy,” as the former comes with a much more concrete definition. Open government, as defined by the Open Government Partnership, revolves around transparency, participation, and accountability. Talking about open government allows us to see how not all innovations need to be digital to be important.

This is especially relevant to Taiwan’s aging populace. Taiwan successfully used social media and live-streaming to spread information about pandemic measures last year, but in-person bulletin boards were also used. QR codes were used for contact-tracing, but paper options for those without a smartphone were implemented at the same time.

The benefit of talking about “open government” is that it allows us to tell digital stories while maintaining a vision of the direction we are headed in and the world we are trying to build. Indeed, leading open government thinker Pia Andrews has talked about the importance of “designing better futures”: if we want to build change in the present, we need to seriously think about the larger goal we are working towards. She describes trying to imagine “a day in the life” of a citizen and government official 50 years from now in an ideal situation. Our future will definitely be more digital, but reflecting on “better futures” allows us to reflect on how we want it to be digital. What kind of digital service do we think the government should do? What digital threats do governments have a responsibility to regulate? How is transparency and accountability being maintained through access to data and data systems? If all democracy is now digital democracy, what kind of digital democracy do we want?

When we talk about successful tools, we should focus on the communities and networks that make them a reality, not simply the tools alone. What is impressive about the mask map that emerged in 2020 or Taiwan’s track and trace QR codes is not that they are particularly high tech (they’re not), but rather that both tools were either created or first proposed by participants of Taiwan’s g0v community, a civic hacking community open to all and not officially affiliated with the government. g0v participants have continued to discuss solutions and collaborate through a leaderless and open network all to create real change for the Taiwanese public.That this community continues to function and grow 10 years after its founding, and that effectively all participants are unpaid volunteers, should be at the center of our digital storytelling. Beyond g0v, we should be vocal about the variety and diversity of tech and open source communities in Taiwan, from promoting citizen-led fact checking and public opinion collation, to applying cyber security for civil society.

We also need to tell stories of failed tools and communities, and policy problems. The majority of projects proposed by members of the g0v community are failures and don’t receive government support, outside funding, or media attention. Even the success stories, like the mask map, are likely less important in explaining Taiwan’s success in fighting the coronavirus than is often implied. The g0v community is in a constant state of innovation, trial and error, and many are willing to try something out without any certainty of whether it will succeed. Despite these failures, we still function as a space to bring together tech and non-tech expertise to discuss and address digital issues in society. To quote g0v contributor Chihao, “To me, g0v is as much about building communities as building technologies.”

Highlighting the tensions that lie within famous tech projects can help us try to find a better way forward. The famous fact-checking system Cofacts, a line bot which allows citizens to report suspicious news stories to a database and retrieve answers, intentionally does not give additional weight to fact checking done by experts. A doctor’s opinion on a piece of medical misinformation is treated the same as a non-expert, and incorrect fact checking responses are not deleted. This is not a bug of the system, but part of the designers’ and the teams’ vision: for a truly democratic process, anyone should be able to fact check, no one’s point of view is privileged, though this radical egalitarianism is a source of debate within tech circles. Similarly, vTaiwan, a platform for collecting public opinion, was used to amend the Uber legislation, but has had few similar successes since as the system is complicated and requires a lot of public input to be effective. Both the vTaiwan team and cofacts team are still running and regularly hold events. Their solutions are all works in progress, and through more public input, perhaps better solutions can be built.

Despite an impressive record of open government reforms and open data access, we must also take a more critical approach to the current government and their digital policies. A key example is eID reform (electronic ID cards), a proposed new ID card design by the Tsai government that has now been stalled indefinitely due to civil society pressure. If we focus only on digital innovation and high-tech tools, the eID card appears impressive. When we look at the less exciting administrative and security protocols that lie behind the proposed new system, we can see failures to seriously consider how personal data will be stored and regulated by the government that would serve to make any data breaches much more painful than they currently could be. Taiwan’s open data pushes, while admirable in its goal to make government data more accessible, has thus far prioritized data useful for business and economic activity rather than releasing data that could be used to hold the government accountable, let alone advance social justice.

I don’t wish for a replacement of optimism with pessimism. Rather, I want to refocus our attention — those in the civic tech community and all those who care about Taiwan’s democracy — on procedure rather than results. What is important is not what tools are built, but how they are built and why. Telling better digital stories can help answer a question I see bouncing around when the topic of digital democracy comes up: Can we [foreign country] learn from Taiwan? My answer is yes, but only if we’re willing to really understand what is going on in Taiwan first. Outspoken government ministers, savvy digital communication, and impressive civil-society built pandemic-tech and voter dialogue platforms might be the most obvious markers of a so-called digital democratic era in Taiwan. But they are not the most important, nor are they what other countries should be trying to implement.

What is impressive about Taiwan is that there is a government working to implement an open government and open parliament plan, including the implementation of “participation officers” to increase openness in transparency across all government agencies, all despite Taiwan’s exclusion from the international Open Government Partnership. What is impressive about Taiwan is the strength of civic hacking communities like g0v and other tech groups and the receptiveness of the government to such civil society mobilization. Indeed, the most awe-inspiring facets of Taiwan are often not digital at all, but rather that a critical mass of people and government effort is being placed on slowly building channels of dialogue.

This is what is at stake with how we tell digital stories: If we focus only on the tech itself and its impressive uses, we risk leaving most citizens feeling like they have no voice on the matter due to a lack of expertise. When we tell stories of civil society collaboration, of how governments are interacting with citizens, and of policies whose ramifications are much greater than the new data they create, we can start to create a space for greater public participation on these subjects. If we care about “digital democracy,” we need to talk about the process of digital collaboration and how and why citizens need to care about how technology is being used.

Sam Robbins is a project coordinator at Open Culture Foundation and an editor and translator at Taiwan Insight. He graduated with a master’s degree from the Department of Sociology, National Taiwan University. He is interested in the intersection of digital technology and politics in Taiwan and beyond.

This article was originally published by The News Lens. Find the original article here.