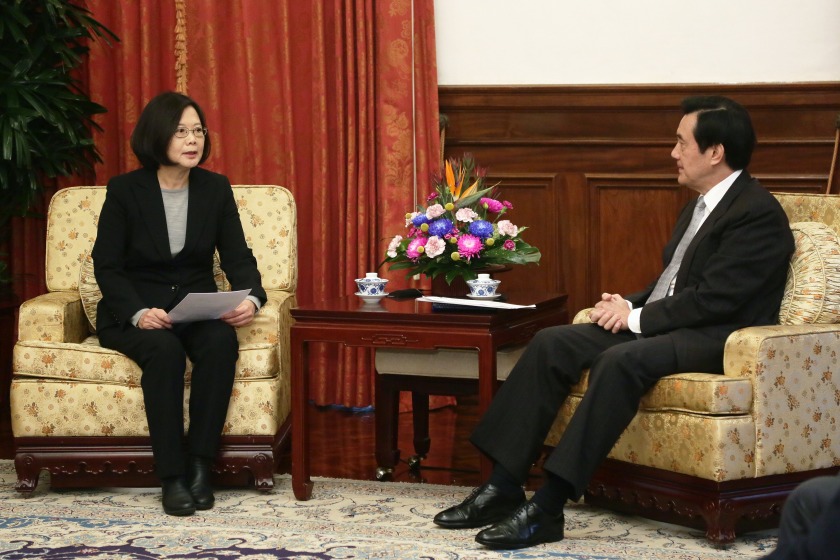 During the presidential debate of 2016, then Democratic Progressive Party (DPP) candidate Tsai Ing-wen boldly posited: ‘When the maintenance of our diplomatic relations…is contingent upon another nation we must ask ourselves: these past seven to eight years, what has this government been doing?’

Tsai ran a successful campaign advocating a new approach to foreign policy that looked beyond the mainland, arguing ‘if Taiwan’s economy does well, if our democracy is developed, then…our diplomatic space will be unlimited.’ Tsai’s more reserved stance towards the mainland appealed to Taiwanese voters who were fed up with the lack of transparency in cross-Strait relations under former President Ma Ying-jeou’s Nationalist Party (KMT) government.

“Nowhere is the difference between Ma and Tsai’s strategies more evident than in Taiwan’s relations with Southeast Asia. Ma’s main achievements in this respect were also largely within the economic sphere. The signing of Singapore Taiwan Economic Agreement (ASTEP) in 2013 and the establishment semi-official trade and development offices in Myanmar demonstrate the previous administration’s focus on economic engagement as a means of expanding international space.“

The terms of Taiwan’s engagement with the international community have often been shaped by the nature of cross-Strait relations. Since the ascension of President Lee Teng-hui in 1988, Taiwan has explored alternative ways of participating in international affairs including NGO membership and expanding unofficial ties. Such policies were part of Lee’s broader vision to expand the island’s “international space”. One key aspect of this vision included the “Go South Policy”, which aimed to increase Taiwanese investment and engagement with Southeast Asian nations. Since Lee’s presidency, successive administrations have revised and updated this policy according to cross-Strait relations and their respective foreign policy goals.

While Ma’s approach to foreign policy appeared to prioritise positive cross-Strait relations and economic engagement, Tsai has opted for a strategy oriented towards building cultural and other non-economic relations with other nations outside the People’s Republic. The economy remains key in the DPP’s foreign policy agenda, but Tsai has sought to differentiate herself from her predecessor in terms of soft power.

The foreign policy legacy inherited by Tsai did not necessarily reflect meaningful progress for Taiwan’s international space. For instance, one of Ma’s main achievements was the signing of the Economic Cooperation Framework Agreement (ECFA) with the PRC in 2010. Though the signing of ECFA initially led to a substantial increase in cross-Strait trade and foreign direct investment to Taiwan in 2010, the benefits of the agreement have not endured under the new DPP government. This is due to the PRC’s distrust of the DPP, a party with pro-independence elements. Moreover, Tsai has not accepted the 1992 Consensus, a variation of the One China principle, compounding cross-Strait distrust.

Since the change in administration in 2016, the trade volume between the PRC and Taiwan dropped to $95.55 billion from January to July, indicating a decline of 9.8% year on year. Mainland exports to Taiwan experienced a 12.7% decrease while Taiwan’s exports to the mainland dropped 8.8%. Moreover, the benefits of the ECFA’s ‘early harvest list’ were exhausted within the first few years since its signing, revealing how Ma’s strategy to increase international space remained highly contingent on the mainland’s temporary approval and cooperation.

Nowhere is the difference between Ma and Tsai’s strategies more evident than in Taiwan’s relations with Southeast Asia. Ma’s main achievements in this respect were also largely within the economic sphere. The signing of Singapore Taiwan Economic Agreement (ASTEP) in 2013 and the establishment semi-official trade and development offices in Myanmar demonstrate the previous administration’s focus on economic engagement as a means of expanding international space. Perhaps even more reflective of Ma’s priorities is that unlike his predecessors, he never used the “Go South Policy” title to avoid mainland disapproval. As such, relations with Southeast Asia ironically hinged on relations with the PRC.

Moreover, the recent hosting of the Yushan Forum marks Taiwan as a dynamic actor in the region, similar to India and Singapore. The forum’s main administrative body, the Taiwan-Asia Exchange Foundation, provides a platform for regional leaders, NGOs and think tanks to exchange ideas and increase bilateral engagement. Several former high-level office holders from Japan, South Korea, and the Philippines participated.

The DPP’s focus on building Taiwan’s soft power within Southeast Asia is also evident in Tsai’s recent appeals to the Muslim community. This October, Tsai announced plans to build prayer rooms in major transport facilities as well as promote halal certification within the foodservice industry.

The legalisation of same-sex marriage, although not directly related to the NSP, may in fact also strengthen Taiwan’s soft power in Southeast Asia. Some have suggested that Thailand and Cambodia are now more likely to follow in the island’s footsteps. Gay marriage also marks the progress of Taiwanese civil society, increasing its common ground with liberal democracies that uphold progressive values.

This is not to suggest that Tsai has forsaken the economy in favour of culture. The administration’s commitment to promoting links with innovative industries and global supply chains remains a key aspect of the NSP, as was made clear in Tsai’s ‘five flagship projects’. The president has also affirmed Taiwan’s continued desire to assist Southeast Asian countries infrastructure projects and development programmes by setting up a $3.5 billion fund under the auspices of the Official Development Assistance programme.

However, though Tsai’s strategy to develop international space has deviated from her predecessor, Taiwan has not experienced the same immediate economic benefits as under Ma. Tsai has recently called for a ‘breakthrough’ in cross-Strait relations to ‘forever eliminate hostilities and conflict [on both sides]’. Taiwan suffers the immediate economic consequences of poor cross-Strait relations, but Tsai’s drive to boost the island’s soft power among nations outside of the PRC may prove beneficial in the long-term to Taiwan’s fight for a place on the world stage.

Mariah Thornton is an alumni of Oxford University and the School of Oriental and African Studies (SOAS) with a BA in Chinese and an MSc in Chinese Politics. Image credit:  CC by Office of the President of the Republic of China (Taiwan)/Flickr.