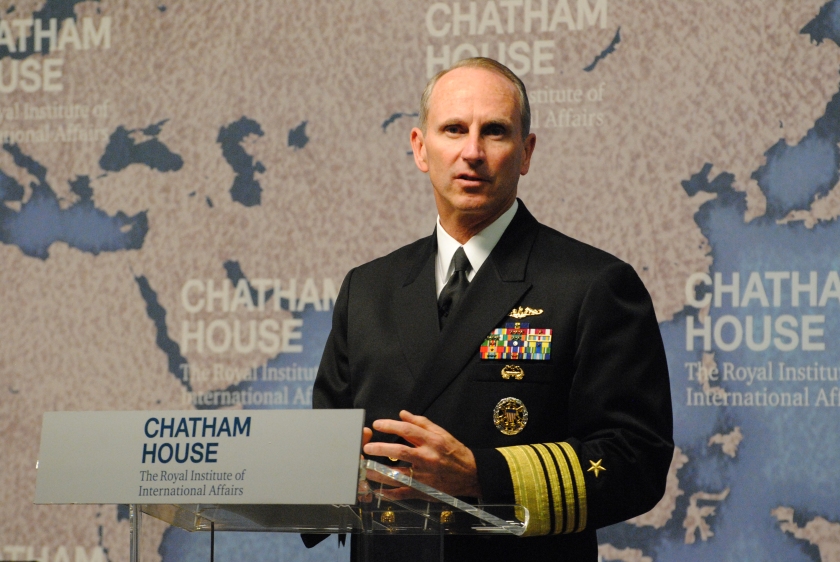 The strategic importance of the Republic of China (hereafter Taiwan) in the United State’s Indo-Pacific strategy has been rising in recent months, due to the changing military and economic relationship between Washington and Beijing.

Provided that there is no dramatic international event which will require immediate coordination between the U.S. and  China – read a crisis on the Korean peninsula– and provided that there is no sudden leadership change in Washington, Taipei, or Beijing, it is a reasonable judgement that security cooperation between Washington and Taipei will continue or further enhanced.

This judgement can be further supported by the following five key causes.

First, there has been a very strong concern in U.S. security and intelligence community that China (and Russia) are now two arch competitors and threats for U.S. national security. In the newest U.S. National Security Strategy (NSS), released in December 2017, both Beijing. and Moscow are viewed as “revisionist powers” that want to shape a world antithetical to the interests and values of the U.S.

For Washington, strategically and tactically, renewing its security ties with Taiwan in a manageable context will create an advantage when negotiating with China. So long as the U.S. finds Beijing’s military assertiveness a cause for concern, Taiwan will have a role to play in any iteration of the White House’s Indo-Pacific policy.

Second, several key positions in the Trump administration have been filled with political appointees who have an increasingly skeptical view towards Xi Jinping’s China, both in terms of security and of trade.

Previous indications of this shift in American perceptions include the appointments of James Mattis as Secretary of Defence, Robert Lighthizer as U.S. Trade Representative, and the controversial economist Peter J. Navarro as Director of the White House National Trade Council. The two most recent appointments further indicate an increasingly hostile tilt against China, with Michael Pompeo as Secretary of State and John Bolton as the National Security Advisor.

It is not far-fetched to argue that the transition of U.S. policy towards China from the presidency of Barack Obama to Donald Trump has been going through a “breaking in period”. On the current stage Trump has attempted to maintain good inter-personal relationships with Xi Jinping, while pushing the Chinese government to yield, militarily and economically on topics such as trade and on economic ties with North Korea.

Third, in recent years the U.S. Congress has demonstrated an overwhelmingly favorable consideration for Taiwan.

In December 2017, the National Defence Authorization Act for Fiscal Year 2018 contained a few provisions enhancing military exchanges between the U.S. and Taiwan.

It reiterated the commitments to Taiwan under the Taiwan Relations Act (TRA) and the “six assurances” under the Reagan administration. The NDAA further indicated “the sense of the U.S. Congress” that Washington and Taipei should conduct bilateral military exercises, and further consider “the advisability and feasibility of re-establishing port of call exchanges” with Taiwan. In March this year, the U.S Senate passed the Taiwan Travel Act, which in the spirit of the TRA, “encourages visits between officials of the United States and Taiwan at all levels”.

The support of the U.S. Congress for Taiwan has been a major boost for stronger U.S.-Taiwan ties. Regardless of the raison d’être for the support, down either to seeking to contain Chinese regional strength, embracing Taiwan as a fellow democracy, or both,  the recent moves have been recognized in Taiwan. With Congress, in principal, sharing foreign policy and decision-making powers with the president, lawmakers will monitor the Trump administration’s Taiwan policy and likely request further moves that can enhance Taiwan’s security. Most noticeably, the enacting of the Taiwan Security Act introduced into the floor of the U.S. Senate in July 2017.

Fourthly, China’s rise has been a cause for wider concern by U.S. policy makers and analysts more generally.

The predominance of the U.S. military in the western Pacific is vital to America’s national security interests, and the obvious challenger in this region is Beijing. The abolition of term limits  in China’s constitution has further caused international concern about the future course of China’s domestic and foreign policies, under Xi whose political power has been fully consolidated and protected by laws.

Both the Trump administration and the U.S. Congress have revealed a high suspicion of the China and undertaken a few measures to save the relative decline of the U.S. influence on regional and world affairs – partly due to the formidable development of the China’s comprehensive power. Therefore, it is possible that U.S.-Taiwan security ties will be strengthened as the worry or concern about a rapidly growing  Beijing has loomed large.

Finally, the Taiwanese leadership under Tsai Ing-wen has failed to deal effectively with the U.S. and the China at the same time and, as a result, has obviously been leaning toward the U.S. for self-defence and political endorsement. Specifically, retreating from the past political foundation for cross-Taiwan Strait dialogue, i.e., the “1992 Consensus” reached during Lee Teng-hui’s presidency and maintained by Ma Ying-jeou, the Tsai administration has no better choice but to follow the U.S. in many ways. The eagerness of the Tsai administration for a stronger tie with the U.S. may have been well noticed and received, and taken advantage of, by the U.S., and it surely will serve as a driving force for enhanced bilateral security cooperation.

To conclude, the nature of security relations between the U.S. and Taiwan is not and never has been bilateral but trilateral – one always has to take Beijing’s role and influence into consideration when dealing with Taipei. Relations between Taiwan and the U.S. will continue and probably be further bolstered since the U.S. government’s top leadership now views Beijing as a key national security challenge and Taiwan as a partner.

The advantage for Taiwan in dealing with the United States going forward isn’t simply due to its location in the first island chain of the western Pacific, but also its identity as a democracy and free market as viewed by American leaders.