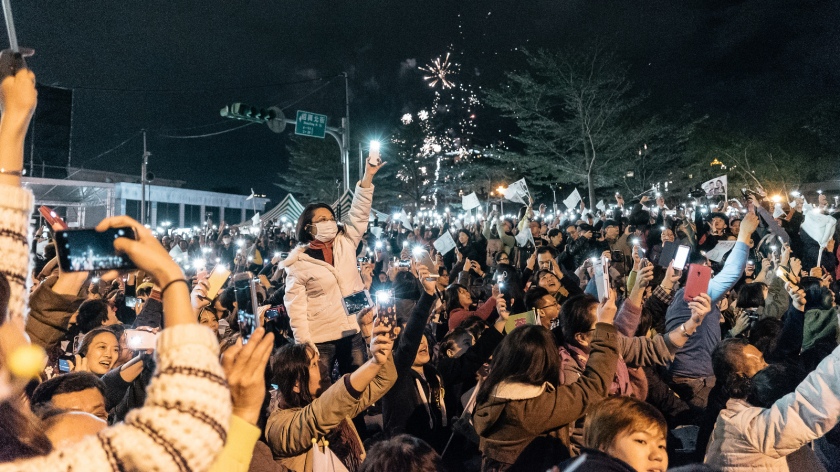 In the past two years, one of the most important phenomena in Taiwan politics is the emergence of non-partisans. For the first time since democratization, more than half of Taiwanese voters do not support any party in Taiwan. This dramatic change may attribute to the electoral reform in 2005 as well as President Tsai, Ing-Wen’s performance. The shift will undoubtedly impact on the major parties’ intraparty politics and strategic choices. However, what these non-partisans do want and where they are from remain unclear.

To begin with, the figure below shows the percentage of partisans and non-partisans in the past ten waves of Taiwan National Security Survey (TNSS) from 2002 to 2017. TNSS is a representative telephone survey sponsored by Duke University and conducted by National Chengchi University. After Tsai won the presidency in early 2016, the proportion of non-partisans in Taiwan reached the historic high (48%). In late 2017, the record was broken again (51%), when the number of non-partisans in Taiwan doubled since 2011. Today, more than half of Taiwanese people do not attach to any party in Taiwan.

Who are the non-partisans? Interestingly, analysis of TNSS 2017 fails to reveal any unique characteristic among them. Chi-square test shows that non-partisans share the same socio-demographic background with partisans in the aspect of age, gender, race, level of education, language usage, and residency. Besides, Taipei City does not have a higher proportion of non-partisans than other counties. The decline of partisanship has become a general trend among all Taiwanese people.

This trend is even more intriguing when we started exploring their attitudes on the cross-strait issues, the only dominant dimension in Taiwan politics. In fact, over 75% of these non-partisans still have a say about what they hope for the future of China-Taiwan relationship; some are closer to the pan-green camp while the others are not distinguishable from the pan-blue camp. However, they still choose not to support any party available in Taiwan – given that there are already more than 300 registered parties.

Three reasons may help explain the decline of partisanship. First, DPP supporters may be disappointed with some of Tsai’s policy failures including the flip-flop labour law reform, unstable electricity supply, and worsening air pollution. Besides, hardcore DPP supporters are unsatisfied with Tsai’s moderate position on cross-strait stance, as the New Power Party served as a clear comparison group. In TNSS 2017, Tsai only got 60% approval rate among DPP supporters, and 18% among non-partisans (54% of non-partisans disapprove with Tsai). Since it is the first time that DPP controls both the executive and legislative branch, DPP can hardly avoid the responsibility of policy failures.

Second, KMT also failed to attract more support from the disappointment toward Tsai because of its composition and unwelcomed/unclear cross-strait policies. In TNSS 2017, 11% and 25% of KMT supporters self-identify themselves as Chinese only and Taiwanese only, respectively; but the proportions among non-partisans are 3% and 48%. This gap foreshadows declining KMT support given that national identity among the young Taiwanese is less influenced by the China factors. Meanwhile, the intra-KMT conflict between the chairman Wu, Den-yih and former chairwoman Hung, Hsiu-chu blurs KMT’s stance toward China.

Third, Taiwanese people did not turn to the small parties because of their low chance of winning in general elections. After the constitutional reform in 2005, the single-member-district design, 5% threshold in the proportional representation seats, and the presidential system all help promote a two-party system in Taiwan – or, to some extent, a cartel party system. Even though some Taiwanese voters feel themselves ideologically closer to one of the small parties, they may choose not to waste their votes for the hopeless option.

The emergence of non-partisans has several significant implications to the politics and democracy in Taiwan. Among the politicians, the rank-and-file members in both KMT and DPP may be motivated to go extreme because of the disappearing moderate partisans. At the same time, the two-party chairs will find it harder to bring the party back to the median position. Even though the two major parties had applied open-poll for nomination, the lack of moderate members may still exacerbate the intra-party faction competition.

Among the voters, the public opinion in Taiwan may become more unstable and self-contradicting. Partisanship serves as a psychological heuristic for voters to be informed and parties themselves are essential platforms for the interaction between interest groups and public opinion. Since the majority of Taiwanese becomes non-partisan, they are much likely to treat different policy issues separately whatever they are practically inseparable or not.

Most importantly, the overwhelming number of non-partisans could be the hotbed for populism. When people do not trust any existing party on the ballot, they may turn to the new politicians who vow to subvert the existing political system and all elites. Such manifesto could be amplified in the upcoming local congress elections, in which the SNTV electoral system motivates extreme strategies. To prevent such scenario from ever happening, President Tsai and major parties must firmly embrace and defend the core democratic values including the human right, the rule of law, fair election, and procedure justice.