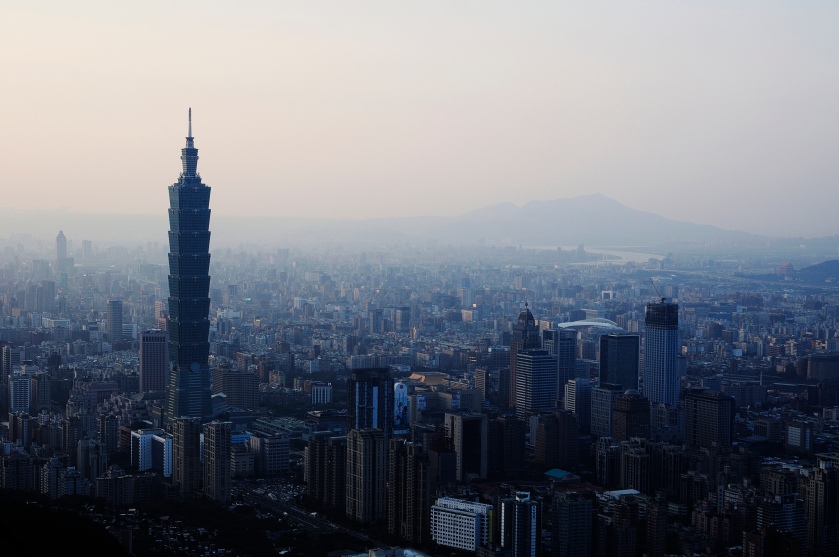 For the last 20 years or so, international NGOs focused on Greater China have generally set up camp in Hong Kong or in China. Particularly as Beijing allowed more and more groups to operate within the PRC’s borders — granting explicit permission or offering tacit consent — it was an obvious choice for many groups wanting to have an impact in China to be, well, based in China.

Establishing operations in Taiwan wasn’t the most logical option for international organizations whose missions demanded they be on the ground to engage with the challenging but dynamic “wild west” of civil society work in the PRC.

Could the Law of the People’s Republic of China on Administration of Activities of Overseas Nongovernmental Organizations in the Mainland of China, enacted at the beginning of 2017, alter this status quo?

The Foreign NGO Law mandated a new set of procedures and challenges for foreign NGOs seeking to work in China. For some groups — those previously registered under the old legal regime, or those working on commerce-related issues — the new regulations represented additional paperwork but not necessarily a fundamental difference in their day-to-day work.

For a different set of organizations, however, the law has meant significant and sometimes drastic changes. Some groups are under pressure to set their work priorities in lockstep with the government’s. Others may have a presence in China but cannot find a government unit willing to sponsor their registration, a new requirement under the 2017 Foreign NGO law, meaning they cannot carry out any substantive work. At least one group has called it quits and left China; there will likely be more following suit in the coming months.

As is clear from the Chinese Ministry of Public Security’s own data, foreign NGOs that have managed to register tend to work in trade or industry promotion, international exchange broadly defined, education, youth, health, and poverty alleviation. As of this writing, 392 foreign NGOs have registered representative offices in China, but only a handful explicitly work on issues related to religion, ethnic affairs, or media, and none have registered as working on human rights or LGBT issues.

The question for this latter set of NGOs is when the cost (in principal or in principle) of staying in China outweighs the benefits. For certain kinds of work — front-line service provision of health care, for example, or disaster relief — there is no substitute for being on the ground and available to offer aid, and the aims of these organizations quite naturally track with those of Beijing.

For other organizations, however, it is a matter of whether or not they are able to effectively fulfill their mission statements from an office within China. Though it initially seemed as if Jan. 1, 2017 would be the moment at which foreign NGOs would have to decide whether or not they would stay in China, it may be only now that these groups are truly able to evaluate their status; 18 months after the law’s implementation, organizations now have a sense of the particular registration or operational challenges they face and how that affects their ability to obtain funding. So, it may be only now they are truly considering whether to stay or go.

Do the compromises necessary to stay erode too much of the organization’s reason for being in the PRC in the first place? Even if the answer right now is “no,” may there come a time when they find that their programs have been whittled down in such a way that the answer becomes “yes”? If so, what do they do next?

For groups that find themselves unable to work effectively in China, Taiwan may now become a more attractive location. There are certainly good practical reasons that make Taiwan a draw for groups focused on Greater China. Taiwan, like Hong Kong, benefits from a shared language, but at a fraction of the cost — both saving money and offering employees a high quality of life.

At a more philosophical level, moving to Taiwan is in some ways a declaration of support for the values that Taipei espouses: a robust domestic civil society, public participation in governance, and strong support for freedom of expression, among others. Hong Kong, the previous fallback for groups looking to remain physically close to China, is experiencing increasing pressure from Beijing on its independent government mechanisms and free press.

Certainly, the reduced effort required to manage physical information security and government surveillance in Taiwan, as compared to China or even Hong Kong, would no doubt be a psychic benefit to employees as well.

But to see any real change in the status quo, Taipei would need to do more to incentivize international NGOs to head to Taiwan. Part of the appeal of Hong Kong, beyond its proximity, is the ease with which international NGOs can set up shop there.

The Taiwan government has acknowledged the need to update relevant laws not changed since the days of authoritarian rule, but until that happens, the process for legally establishing an office in Taiwan can be convoluted and off-putting.

Cedric Alviani, the Taipei Bureau Director of Reporters Without Borders (RSF) — which set up shop in Taipei last year — said that the establishing of a non-profit as a separate legal entity is complicated enough that it requires an organization to have the budget and wherewithal to continually follow up with the process, as indeed RSF is in the midst of doing.

As such the announcement by Taiwan’s Ministry of Culture in March that it plans to invite international NGOs to open branches in the country in an effort to turn Taiwan into an “international headquarters of NGOs in the Asia-Pacific” could be an instance of putting the cart before the horse.

Visa regulations also remain a problem for foreign NGO workers, with recently-expanded visa opportunities for foreign professionals aimed largely at attracting technical, high-tech expertise rather than the non-profit community. Though Taichung did open an “international NGO center” last year, this location may not be particularly attractive to international groups hoping to be close to the center of government, policy, and international discourse — that is, Taipei. There is also the issue that non-profits may not even have Taiwan on their radars as a potential location, or if they do, they may have to consider significant relocation costs.

Of course, even in a world free of red tape, not all international groups would choose to move their operations to Taiwan. Many organizations, even if they cannot carry out the work they want to in the PRC, remain wary of angering Beijing and endangering the possibility of future work there, as would most likely occur if they were to demonstrate a willingness to engage with Taiwan, particularly with cross-Strait relations have been essentially frozen since President Tsai Ing-wen (蔡英文) came to power in 2016.

At the same time, however, the PRC’s increasing demands that international entities clearly choose a side may in fact nudge a few groups in Taiwan’s direction. If a group finds itself unable to work in the mainland, and further unable to position itself as a neutral third party in the PRC-Taiwan dispute, why wouldn’t it head across the Taiwan Strait?

Jessica Batke is a ChinaFile Senior Editor. She is an expert on China’s domestic political and social affairs, and served as the State Department’s Bureau of Intelligence and Research Analyst for nearly eight years prior to joining ChinaFile. This article was first published on The News Lens Intl and can be found here. Image credit: CC by Sinchen.Lin/Flickr.