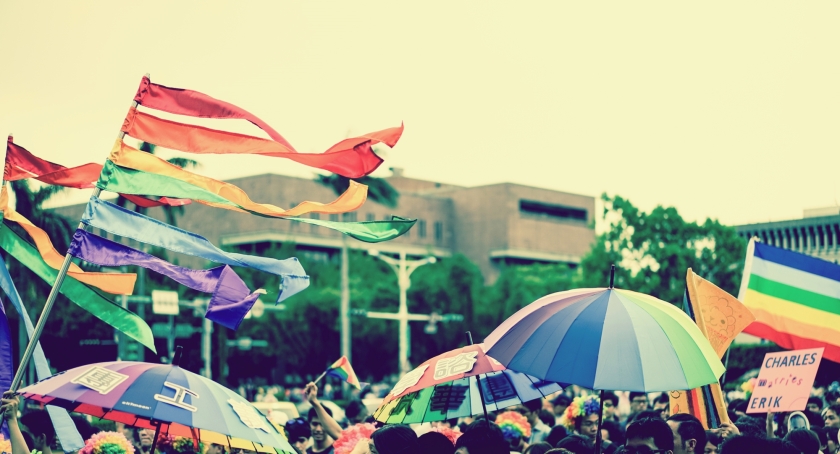 Taiwan’s 24 November 2018 local elections, in which voters elect mayors and magistrates, councilors, municipal heads, municipal councilors, village chiefs, and vote on ten referendums, produced a miserable midterm test for President Tsai Ing-wen of the Democratic Progressive Party (DPP), who won by a landslide in January 2016 and was inaugurated four months later.  Of the 22 counties and cities under the Republic of China’s (ROC) jurisdictions, the pan-Green DPP won only 6; the pan-Blue KMT won 15; with Taipei City going to the incumbent, an independent, with a 3,254-vote margin and a pending election suit.  These results were a sea change from the last election held in 2014, in which the DPP won 13, the KMT 6, and the independents 3 – an election that presaged Tsai’s presidential victory.  This time the KMT flipped 7 of the 13 jurisdictions held by the DPP, including the populous municipalities of Kaohsiung and Taichung, and 2 held by the independents. The DPP’s vote shares in these 22 jurisdictions dropped from 47.3% to 39.2%, whereas the KMT’s shares increased from 40.7% to 48.8%.

Voters also voted on ten referendums. The seven passed either were sponsored by the KMT or challenge DPP’s policies. For example, #7, 8, and 16 refute the DPP’s determination to achieve a “nuclear-free homeland” by 2025 and the increased reliance on fossil fuel. #9 prohibits agricultural imports and food from areas affected by Japan’s Fukushima Disaster (the DPP is friendly toward Japan).  Last year, Taiwan’s Supreme Court ruled in favor of same-sex unions, ordering legislation in two years.  However, Saturday’s referendums saw the conservative propositions #10, #11, and #12 prevailing over the LGBT-friendly #14 and #15, dealing a setback on LGBT rights. And to the relief of Mainland China and the International Olympic Committee (IOC), the controversial proposal #13 (“to use the name ‘Taiwan’ when participating in all international sport competitions, including the upcoming 2020 Tokyo Olympics”) did not pass. These outcomes demonstrate Taiwanese voters’ pragmatism and growing use of direct democracy measures to settle important but divisive public issues.  Because each measure must receive over 4.95 million affirmative votes to pass (and these must outnumber those that disagree), these results further revealed the ruling party’s quandary and the oppositions’ mobilization.

The overall voter turnouts for the mayors and magistrates are 66.11% and 68.87%, respectively, still high but slightly down from the 66.31% and 70.4% four years ago. All these indicators suggest a dramatic shift in public opinion and a severe setback for the DPP and President Tsai.  But what explains these changes?  Should the election be interpreted as a “Blue Wave” portending a KMT comeback in 2020, or a “Green Flop” that could be corrected in time?  What are the implications of the 2018 local elections for the 2020 presidential and legislative elections and for such important external players as the United States and China?

To a great extent, the outcomes of this election should not have been a surprise. When President Tsai was inaugurated in May 2016, the DPP controlled both the executive and legislative branches (unlike the first DPP administration of Chen Shui-bian, 2000-8, which controlled only the executive branch).  A unified government rose in an environment of goodwill, as voters in the post-Sunflower Movement era entrusted Taiwan’s future with the first female leader who was more cautious in dealing with China.  According to Taiwan Indicators Survey Research (TISR) and Formosa, in May 2016, 50.2% of respondents approved President Tsai’s job performance, whereas 16.3% disapproved.  59.3% trusted her, whereas 20.0% did not trust her.

However, her popularity quickly sank and rarely resurged.  The May 2018 polls showed her job approval rate at 23.5% (with 62.6% respondents disapproved her job performance). Her credibility also suffered: only 28.7% of respondents trusted her, whereas 52.4% did not trust her. In fact, the immense goodwill accompanying her ascendancy pretty much evaporated six months into office.  She rose to power on popular disaffection with her KMT predecessor Ma Ying-jeou and his China policy.  Ironically, she shared the same fate as Ma.

Although local elections are primarily about local issues, midterm elections are also often seen as a “referendum” on the president and the ruling party, as well as a harbinger for their future.  With such low approval ratings, Taiwanese voters apparently reacted very negatively to the Tsai administration’s policies and even Tsai personally.  It also undermined her pursuit of a second term in 2020.

Before discussing certain policies that hurt Tsai’s popularity, we must recognize a structural longitudinal change.  Rather than sticking with a political party representing compatible values and interests, a growing number of Taiwanese voters, particularly the young and first-time voters, do not identify with any political party and use their new right to “reward” politicians that “speak on their behalf” or punish parties that “betray” them.

Scholar Yu Ying-lung tracks Taiwan voters’ party identification.  In May 2016, when Tsai was installed, 49.3% of Taiwanese identified themselves with the DPP and only 16.6% with the KMT, with 31.5% as independents.  In June 2018, only 29.5% identified with the DPP, and 23.2% identified with the KMT, but the independents had swelled to 43.7%.  In other words, the DPP’s base has been eroding, with many “Light Green” either voting for the other camp or staying home.  This trend is likely to continue for either party.  Taiwan’s electoral politics thus incorporate greater volatility (or malleability) as such a large number of “independent voters” can swing elections.  This explains the “pendulum swings” or “tidal waves” phenomena of Taiwan’s elections in recent years.  Many voters are quite willing to give neophytes such as Taipei Mayor Ko Wen-jer in 2014 and Kaohsiung Mayor Han Kuo-yu, a chance.  At the same time, “political honeymoons” for elected politicians are short, and they have little time to recover from policy mishaps.

The pension reform, begun during the Ma administration, was necessary.  But the timing of its implementation in July was poor.  The deep cuts angered many civil servants and retirees, who came out to vote in November. The DPP was committed to phasing out nuclear energy and replacing with renewable energy.  Yet in the meantime, Taiwan has experienced energy shortage, increasing dependence on fossil fuels, and worsening air pollution.

The Tsai Administration twice amended the Labor Standards Act.  To court the young workers (voters), the initial reform mandated a Saturday off for all workers every other week. This created hardship for many small- and medium-sized firms, most located in Southern Taiwan, DDP’s stronghold. The ensuing change favored the capitalists, angering the workers originally courted.

It’s imperative the transitional justice project be pursued with utmost integrity and professionalism. Chang Tien-chin, Deputy Commissioner of Transitional Justice Commission, caused an uproar and his removal in September, when a whistle-blower made public a recording in which Chang compared his government office to the infamous Ming dynasty organization which stifled dissent.  In the recording, he suggested that the Tsai Ing-Wen administration should use dirty tricks to defeat the KMT candidate Hou You-Yi’s bid for Mayor of New Taipei City.

On LGBT rights, the LGBT community criticized Tsai for failing to more resolutely support them, such as amending the Civil Code to make same-sex marriages legal.  However, her words and actions also alarmed the much more numerous non-LGBT community. Pundits may fault Tsai for prioritizing divisive symbolic and identity politics (before there was societal consensus) over promoting economic development or wealth creation.  She did this against the backdrop of a tense relationship with China, which has ratcheted up pressure against Taiwan since Tsai declined accepting the so-called 1992 Consensus (as Beijing defined it) but otherwise took a non-provocative stance.

In sum, the overall external environment was unfavorable to the DPP.  Voters wanted change.  The DPP’s ineptitude contributed to its defeat – the “Green Flop” thesis.  However, a secondary reason was the “Blue Wave” thesis: the KMT’s leadership cohesion, their effective campaign strategies, and the “Han Kuo-yu Phenomenon” which coat-tailed other candidates. The election results raise questions about Tsai’s political future, DPP’s political succession, and KMT’s fortunes.  Once again, Taiwan’s voters through the power of ballots, inspiringly practiced democracy.