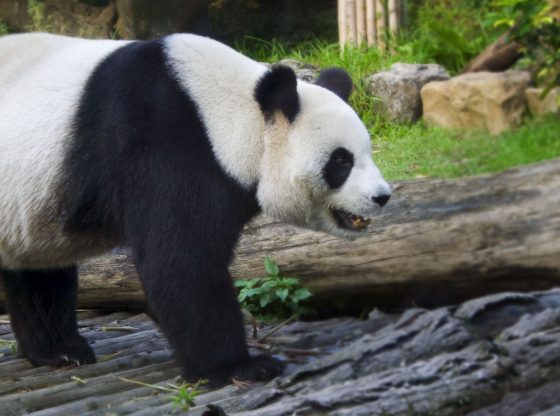 What a difference a decade makes. Pandas are not the focus of the #10YearChallenge, in part perhaps because a 5-year-old panda and a 15-year-old panda looks pretty much the same. But the cross-strait atmosphere has changed markedly since Tuan Tuan (團團) and Yuan Yuan (圓圓) arrived in Taipei a decade ago bearing names that, when combined, create the word “reunion.” Beijing sent the pair as part of an exchange program during the robust cross-strait interactions of the Ma Ying-jeou presidency (China received indigenous Taiwanese deer in return, albeit with less fanfare). A decade later, the leaders on both sides of the strait traded sharp words instead of cuddly animals.

With this slogan back in the headlines, it is worth pausing to examine the systems being compared. The “systems” of China and Taiwan do not neatly reduce to soundbites. There is not a clear single “system” that defines Taiwan, which has complex political, administrative, and economic systems, to name a few. As a law professor, the “system” with which I am most familiar is the legal system. Applying the #10YearChallenge to that realm, the differences across the strait have become increasingly stark.

To be clear, the legal systems of the People’s Republic of China (PRC) and the Republic of China (ROC) have always been strikingly different. To make a long story very short, the law applied in Taiwan today is rooted in the ROC Constitution and legal codes that were written in mainland China and then brought to Taiwan by the Kuomintang after World War II. Law in Taiwan has also been influenced by its long history of indigenous peoples and arrivals of people from across the strait, foreign intervention through colonial rule, and subsequent extensive legal transplants from Japan, Germany, and the United States. Legal innovations have further grown from Taiwan’s own soil, especially in the three decades of the post-martial-law era.

Contrast this with Mao Zedong’s complete rejection of the ROC’s legal codes. He decimated the legal system, which did not begin to recover until the Deng era. Even with the explosion of formal written laws in the past forty years, law has remained heavily intertwined with Party rule. A resurgence of this nexus is on display in the Political-Legal Work Directive that the Party issued earlier this month declaring the absolute leadership of the Party over legal institutions.

While the PRC and ROC legal systems have thus always been distinct, what has become all the more apparent in the past decade is that the trajectory of those legal systems is one of divergence. In his recent article in the American Journal of Comparative Law, Prof. Weitseng Chen (National University of Singapore) effectively refutes the convergence theory by arguing that China will not follow Taiwan’s model of rule of law transition towards democracy.

The prognosis was not always so grim. About a decade ago when the pandas were arriving from China and Jerry Cohen and I were working on our book “Challenge to China: How Taiwan Abolished Its Version of Reeducation Through Labor,” we were cautiously optimistic that the PRC would not only formally abolish re-education through labour (which it subsequently did in 2013) but also more generally move towards a legal system with increasing protections for human rights. At that time, there was great interest in cross-strait legal exchange and at least modest room to discuss how Taiwan’s post-authoritarian legal system might be relevant to reforms across the strait.

Nonetheless, as Jerry and I cautioned in the book, “In China, legal reforms on paper have often failed to strengthen significantly the ability of people accused of criminal or quasi-criminal violations to challenge the government’s case in practice. Thus, there is reason to question whether reforms to [reeducation through labor] will merely change the soup but not the medicine 換湯不換藥or, in terms more familiar to English readers, put old wine in new bottles.” This was not a time that we wanted to be proved correct.

While legality has become more pronounced in many aspects of Chinese politics as elucidated by Profs. Taisu Zhang (Yale) and Tom Ginsburg (Chicago), the unyielding demand of Party dominance and intolerance for discordant voices has created a dire atmosphere for human rights—one that makes any assurances of “one country, two systems” ring especially hollow.

In addition, the erosion of freedoms in Hong Kong under two decades of its “one country, two systems” framework has been a stark cautionary tale to the Taiwanese, even if the arrangement envisioned by Beijing need not be identical to that used in Hong Kong. It is impossible to conceive of a version of “one country, two systems” that would not erode democracy in Taiwan, with decimate as the more likely scenario. As Tsai stressed in her rebuke of Xi’s speech, “Democratic values are the values and way of life that Taiwanese cherish….”

The democratic values are clear, but citizen participation in many ways remains a work-in-progress. Today, over thirty years since the end of martial law in Taiwan, there are calls for the legal system to be more engaged with the broader population. As I argue in this forthcoming article, there is an embracing of greater transparency, clarity, and participation. A yet unanswered question is whether the system that emerges from the reform debate will actually engage people in a meaningful way. A dynamic process is underway that could reshape the legal system applicable to the over twenty-three million people who are ROC citizens, and there is the potential for a shared connection with that legal system to become one facet of what it means to be Taiwanese.

As for Tuan Tuan and Yuan Yuan, they are parents to a daughter, Yuan Zai, an honorary Taipei citizen who has known no home other than Taiwan and who is growing into adulthood herself. No doubt much will have changed when Yuan Zai takes the #10YearChallenge a decade from now, but whether cross-strait exchanges will at that point be marked by animals or animosity is anyone’s guess.

Margaret Lewis is Professor of Law at Seton Hall University School of Law. Her research focuses on law in mainland China and Taiwan with an emphasis on criminal justice. Image Credit: CC by Andrea Hale/Flickr.