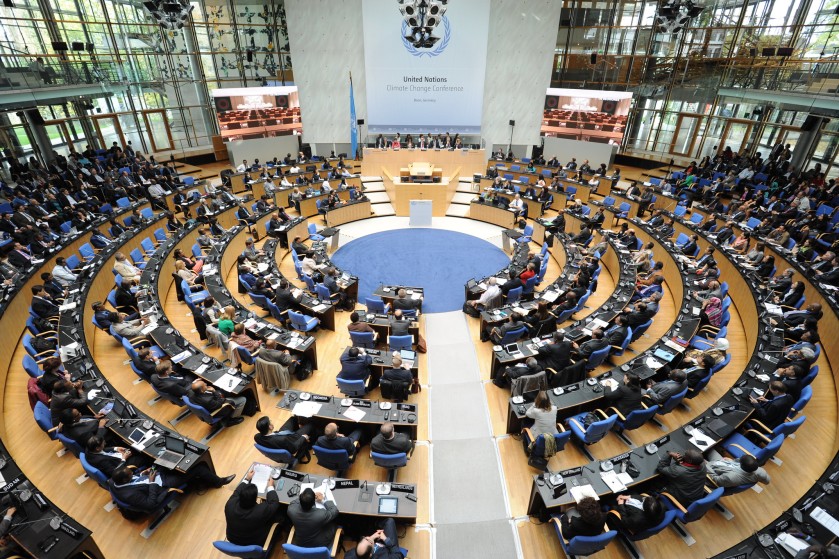 Written by Simona A. Grano.

The Paris Agreement was established in 2015 when 195 participatory countries agreed on a plan to reduce greenhouse gas emissions to replace the Kyoto Protocol. Specifically, this agreement, within the United Nations Framework Convention on Climate Change (UNFCCC or FCCC), deals with the mitigation, adaptation, and finance of greenhouse gas emissions, starting in 2020.

Although Taiwan is not a member of the UNFCCC it has experienced first-hand the impacts of climate change.

Abiding by the diktats of the established roadmap, even if not required, will provide Taiwan with an opportunity to project a positive image of itself – such action will portray the current administration as a responsible world player. To do this the Tsai Ing-Wen government has made it a mission to comply with the Paris Agreement by reducing its coal emissions from its current share of 45% to 30%. This plan will reduce coal consumption and replace it with natural gas; increasing the share of gas in the country’s energy mix from the current 20% to 50%.

Taiwan also plans to increase its share of renewable energies. By 2025 it plans to supply 10% of its electricity needs with solar energy and 5% with wind energy. Hydropower, biomass and geothermal energy will provide an additional 5%, taking Taiwan’s share of renewable green energies up to a total of 20%, allowing it to phase out all nuclear power stations.

There are two motivations behind the government’s decisions. The first is international, grounded in the fact that Taiwan lacks global recognition and sovereignty, thus the image it projects to the outside is particularly important. In this sense, climate change politics can be used to gain goodwill and benevolence characterizing the island as a responsible eco-citizen.

The second motivation resonates mostly at the domestic level, namely the pressing and heart-felt concern of reducing air pollution, extremely vicious in the central and southern parts of the island. In this light, abiding by the roadmap’s diktats would present Taiwan with a win-win situation as both goals, if achieved, would have a positive impact. In fact, given that pollution reductions are accompanied by a CO2 reduction, which is typically the case for energy saving and fuel changes away from coal, anti-pollution regulations will help decrease emissions of greenhouse gases that cause climate change.

The international arena of climate change politics likewise has a direct influence on Taiwan. In 2015, when the Paris Agreement was formulated at the 21st “Conference of the Parties” (COP21), the US was still ruled by the Obama administration and was among the 195 countries signatory to the agreement. In June 2017, Donald Trump announced that the US would pull out of the agreement drawing criticism from many heads of state and stakeholders around the globe.

At the same time another international player has positioned itself very differently.

Since 2008 the Chinese government has switched to a proactive stance on climate governance and low-carbon development. China has been trying to become an international leader in climate change politics since the Copenhagen summit in 2009, but with scarce success.

However, in comparison with the 2009 situation, the political environment after the 2017 withdrawal of the US, which left a leadership vacuum in international climate change politics, provides a window of opportunity for China to assume a new role: that of a universal leader in the fight against global warming. This allows it to simultaneously increase its soft power and project the image of a strong global hegemon (the realpolitik aspect) with an eco-friendly face (the humanitarian soft-power aspect).

This reshuffling at the international level complicates things for Taiwan. Since Tsai Ing-Wen won the elections China has given Taiwan the cold shoulder by forcing the island out of international bodies such as the World Health Organization and revoking previously available passes for participation. It has required airlines to replace “Taiwan” with descriptions such as “Taiwan, Province of China” and it has induced five countries to sever relations with Taipei.

Beijing’s “Closed Doors” Policy towards the Tsai Ing-Wen administration can also be observed at the level of climate change politics. At the 2015 Paris Agreement Taiwan was allowed to observe out of goodwill towards the Ma Ying-Jeou administration. Barely two years later in 2017, under the new DPP administration, Minister of the Environment Li Ying-Yuan was barred from attending the session of the Climate Conference of the Parties (COP23) in Bonn, due to China’s objections.

Even though Taiwan seeks to use climate change politics in the same ways it previously sought to employ its democratic values – to win goodwill and benevolence – these efforts will certainly be met by a rebuke on the Chinese side, especially if China is going to assume the leadership among heavyweights involved in abating polluting emissions.

However, not all is lost for Taiwan. As mentioned by Engels in her 2018 article, the planned switch to low-carbon development that China has announced with its 12th Five Year Plan (2011–2015) is based on complex societal preconditions and requirements, which may not be easily met. Engels argues that the long-term effectiveness of China’s authoritarian regime in lowering greenhouse gas emissions is extremely uncertain due to a variety of reasons ranging from internal contestation to low public and private-business participation, to international opposition.

Thus, Taiwan should pursue its plan to reduce greenhouse gases thereby killing two birds with one stone: lowering domestic pollution and attracting international benevolence and visibility by portraying itself as a capable, self-sacrificing and noble ecological crusader. The complexity of issues such as air pollution and climate change calls for a strengthening of global cooperation as well as for improved coordinated efforts within Taiwan nationally, in different parts of the country and across sectors of society. Such factors will play a far greater role than China’s attempts to hinder Taiwan.

Simona A. Grano is Senior Lecturer at the Department of Sinology at the University of Zürich, Switzerland. Her research interests focus on environmental management and politics, state-society relations, and judicial sector reforms. This paper is part of the EATS 2019 conference special issue. Image credit: CC by UNclimatechange/Flickr.