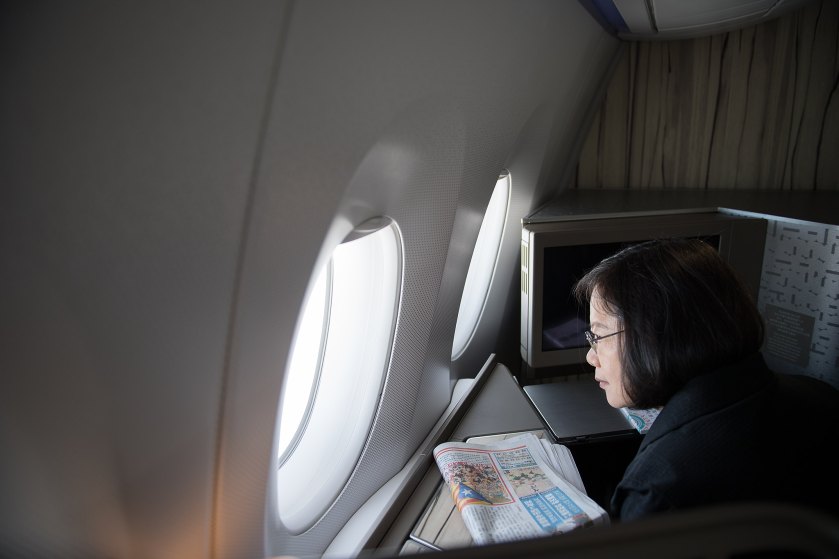 The past 12 months have proven quite the rollercoaster for Taiwan’s leader Tsai Ing-wen and the ruling party, the Democratic Progressive Party (DPP). As the January presidential and legislative elections loom, however, it is clear that the disappointing results of the November 2018 local elections don’t tell the full story of Taiwan’s highly complex domestic political and economic context. As recent polls suggest that Tsai will retain her role of president, many commentators point to the six month long (and counting) protests in Hong Kong, the 18-month long (and counting) trade war between the United States and Mainland China. We cannot however, ignore successful policies adopted during Tsai’s tenure as leader—most significantly her iteration of the New Southbound Policy (NSP)—and the contribution this has made towards diversifying Taiwan’s economy beyond that of cross-Strait relations.

Aiming to “…realign Taiwan’s role in Asian development, seek new directions and momentum for the country’s new stage of economic development, and create future value,” as Tsai’s flagship economic policy the NSP is motivated by long standing efforts to reduce Taiwan’s economic dependency on the Mainland, which together with HK accounted for over 30% of trade and 40% of Taiwan’s exports in 2018. A revision of the New South Policy, it was initially proposed by president Lee Teng-hui in 1994 and revisited by Chen Shui-bian and Ma Ying-Jeou in 2002 and 2008 respectively. Tsai’s NSP however, was received with much scepticism when implemented in May 2016. Its successes should be taken seriously for three key reasons—namely who is being targeted; how it’s being achieved, and its timing.

First, Tsai’s NSP has targeted a broader base of economic partners than in the past. Expanding its interest beyond longstanding and established partnerships with the ten Association for South East Asian Nations (ASEAN) economies, the NSP includes eight economies in South Asia and Australasia. These are strategically significant demographically, economically and politically. As ASEAN economies are key trade and tourist partners, deepening these ties has clear advantages. In the case of India, Taiwan’s interest in the world’s largest democracy is clear given its attractive and sizable market size of 1.2bn consumers, low production and resource costs, as well as a skilled labour force. Simultaneously, other South Asian economies are emerging in the area of textiles and low-tech manufacturing, which are ideal as alternative destinations for foreign direct investment (FDI) in the face of increasingly expensive Chinese and South East Asian supply chains.

Second, while Tsai’s efforts to diversify away from Mainland China—to “…bid farewell to our past overreliance on a single market”— are not new; how this is being done is. Not limited to traditional FDI and trade, there’s a key role for public-private sector cooperation homed in on four foci: to promote economic collaboration through the establishment of partnerships and agreements; to conduct talent exchange; share resources; and forge regional links. Four specific sectors/industries for promotion and embedding ties between Taiwan and partner countries have been identified including:

Healthcare – Led by Taiwan’s One Country, One Centre (ICIC) framework (established 2018), opportunities have been identified in both hospital and hospital personnel training, supply of advanced medical equipment and essential medicines, training in advanced disease prevention. and capacity building with at least 8 different national partners.

Education – NSP economies have a legitimate need for remote learning systems and equipment and talent exchange as it pertains to educational ties. Taiwan established a Flagship Program for Industrial Talent Development for university, professional and vocational training.

Industry – building upon its expertise in smart tech, green energy, textiles and its other competitive sectors, the Flagship Program for Industrial Innovation and Cooperation and Five Plus Two Initiative aim to forge partnerships to help resolve issues with stable energy supplies, and removing barriers to innovation and industrial upgrading.

The estimated 2.8m visitors from the NSP countries expected in 2019, up from 2.6m in 2018, have been effective in offsetting the decline in Chinese tourism, as tensions across the Strait have mounted since Tsai came to power in 2016. Furthermore, the policy refocus has successfully established a vehicle for establishing robust alternative economic partnerships, for diversifying pathways for upgrading Taiwan’s economy and expanding its economic footprint through its soft capital. This has led to burgeoning two-way engagement and association, where seven of Taiwan’s top ten partners were ASEAN countries in 2016-2018. In 2017 Taiwan’s exports to ASEAN totalled $58.57bn, up 14.2% from 2016, and inbound investment from ASEAN economies increased by nearly 25% in 2017.

Though unable to compete with the Mainland’s big ticket infrastructure projects, under the NSP Taiwanese firms have signed agreements worth $900m to invest in power plants, petrochemicals, intelligent transportation, urban mass transit, environmental protection, and water resources projects. Taiwan’s industrial footprint has also evolved. For instance, with the rise of FDI to India, Foxconn has moved a large part of its iPhone production to the world’s second largest developing economy. Its initial investment of US$365m was timely given rising tensions from the US-China trade war and related tariffs. It hasn’t however, been the sole economic venture. The rise of India as a market and economic partner for Taiwan over the past three years, representing 5% of Taiwan’s export market—at around $7bn—in 2016, is impressive. Furthermore, as of September 2019 Taiwanese businesses in tech (including Artificial Intelligence), auto, renewable energy and the agricultural sector have all targeted India, with an estimated investment of $100m by 120 Taiwanese firms.

Furthermore, efforts to establish closer and updated investment and trade agreements have resulted in new bilateral investment agreements (BIA) with India and the Philippines in 2018 and 2017 respectively, as well as an upgraded agreement with Vietnam in December 2019. These offer enhanced protection for “…interests and rights of Taiwanese companies operating in Vietnam…” as well as previously unavailable privileges and opportunities for direct negotiations with state actors.

Last, and a significant factor behind NSP successes is its timing. The targeted emerging economies are not the same as 15-20 years ago. They are better informed and better integrated into the global economy. This has created a wealthier, and more aware consumer base and business community, keen to engage with the high-quality products and services offered by more advanced economies like Taiwan. In addition to Japan, the Philippines, Vietnam, India and Australia attest to the geopolitical advantage of working with NSP economies. For instance, as American allies, both Australia and India’s political position re: Mainland China has translated into explicit decisions to not join the Belt and Road Initiative (BRI). In fact, India has been a vocal opponent of the international infrastructure initiative. With growing concerns for the Mainland’s increasing power and dominance in the region (including its rising economic hegemony and growing military prowess), and its BRI as a threat drawing economies into a debt trap, Taiwan represents a real non-imperial economic partner.

In the calculation of the impending presidential election, NSP successes—given Taiwan’s dwindling formal diplomatic allies and the need to diversify away from its dependency on the Mainland economy—have enhanced Taiwan’s global footprint in the area of manufacturing, capacity building, tech and entrepreneurialism. It’s carved out a role for Taiwan in South-South development relations by advancing ties through the maximization its soft power. The success of Taiwan’s economy, as the government revised its 2019 GDP growth upwards to 2.64%, and 2.72% in 2020, runs contrary to international trends as the US-China trade war continued throughout 2018/2019. The NSP has had a direct and contributory role in this and ensures that Taiwan—irrespective of Mainland Chinese efforts—remains solidly positioned as part of the Asian century.

To ignore Tsai’s NSP successes would do Taiwan a disservice; to discontinue them would be reckless. The NSP has planted seeds far beyond those originally envisioned by Lee in 1994. Furthermore, beyond pure economic considerations of the market size, lower costs of production and access to an expansive resource and skill base of the 18 NSP economies, it has also offered Taiwan an invaluable route to safeguard itself from the economic and political consequences of continued over-exposure to a slowing Mainland economy.

From December 16th 2019 till January 6th 2020, researchers from the European Research Centre on Contemporary Taiwan (ERCCT) and Taiwan Studies Program (TSP) present a joint special issue on the forthcoming presidential election that will be held on January 11th 2020.