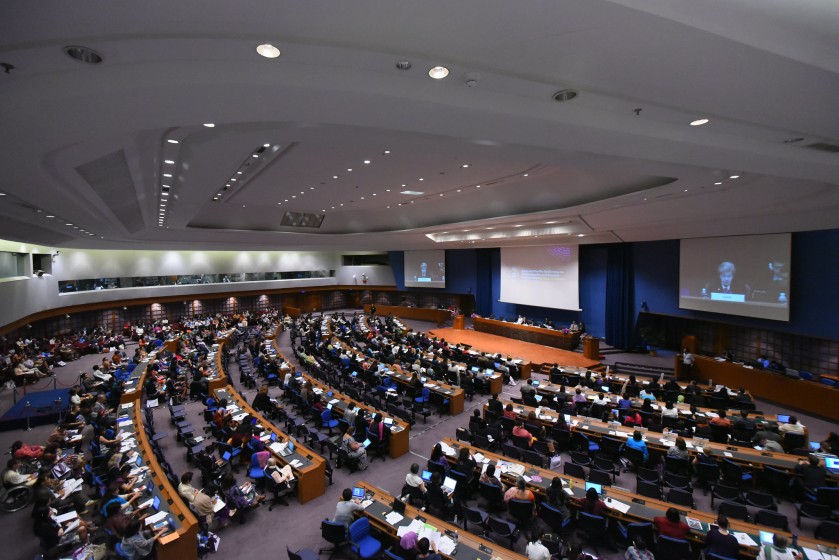 In the 2020 Taiwanese presidential election held in January, Taiwan’s first female president Tsai Ing-wen won her second term. At the same time female representation reached a record high – 42% of legislators are now women, which is top rate in Asia. Apart from this, Taiwan recently became the first country in Asia to legalise same-sex marriage. The World Bank in its 2019 report also ranked Taiwan number one in Asia and eighth worldwide for legal protections for female employees and entrepreneurs. These achievements are gradually gaining the attention of the global community.

As part of Taiwan’s “warm power” strategy, the island has been sharing its successes and exchanging ideas on gender equality with countries that come under the umbrella of the NSP (10 ASEAN countries, 6 South Asian countries, and Australia and New Zealand) at the levels of both government and civil society. The Department of Gender Equality, for example, held the “EU-Taiwan Gender Mainstreaming Workshop” in 2019, in which it invited government officials from Indonesia, Vietnam, Laos, Thailand, the Philippines, Malaysia, New Zealand, and Australia to share their gender mainstreaming models and delineate optimal strategies. In the same year, the Ministry of Economic Affairs, the National Development Council, and the American Institute in Taiwan co-hosted the “Women’s Empowerment Expo,” in which more than 20 women leaders from 10 ASEAN countries exchanged ideas and networked with prominent Taiwanese women to promote women’s empowerment.

In addition to governmental agencies, Taiwanese civil society organisations have also shared ideas on gender equality advocacy with their Southeast and South Asian counterparts. For example, the Taiwan Alliance to Promote Civil Partnership Rights visited Bangkok in 2019 to share their experiences of lobbying for same-sex marriage legalization with Thailand’s LGBT rights activists. In the 2nd Asia Pacific Summit on Gender Based Violence held by the Taiwan Coalition Against Violence in 2018, women’s organisations from Southeast Asian countries were invited to discuss strategies for gender-based violence prevention and advocacy. The Garden of Hope Foundation established the Asian Girls Rights Alliance in 2015 to campaign for girls’ rights in Asia and encourage girls to challenge gender discrimination and patriarchal structures.

While the events mentioned above are not part of the NSP itself, the expectation that Tsai’s re-election will give her greater political capital to expand the policy means that now is a good time to review how it can be used to further gender equality. As the NSP is primarily operated through flagship programs, these programs can be a good starting point.

According to a 2016 UN Women Asia-Pacific report, women in Southeast Asia are largely engaged in low-skilled, low-paid jobs. The pay gap between men and women is as large as 25% in some countries, and women’s ongoing under-representation in high value-added sectors means that valuable human resources continue to be underutilised. The Industrial Talent Development flagship program can be a crucial platform for Taiwan to help rectify this by encouraging Taiwanese enterprises located in NSP countries to promote the training/education of women. Awareness of the wage gap, Taiwanese legislation on gender equality in employment, and workplace sexual harassment prevention can also be introduced into the program.

Another key platform is the Regional Agricultural Development program. While the agricultural sector has not traditionally been a strong target of activism, the fact that it accounts for a substantial share of the GDP in many South and Southeast Asian countries means that addressing equality in this sector is vital. According to the Stockholm Environment Institute’s report, women who work in this sector in this part of the world continue to be regarded as secondary labour despite the considerable scale of their economic output. Compared with men, women have less access to information, property, production tools, and financial resources; they also have less decision-making power regarding land use and the adoption of new technologies. Collaborating with grassroot organisations could help ensure resources are made more accessible for female farmers in the region, while education programs could raise awareness of women’s vital role in the agricultural sector and enhance their status and autonomy.

Finally, the Medical and Public Health Cooperation program could be used to address inequalities in healthcare provision. A study by All India Institute of Medical Sciences, the Indian Statistical Institute, Prime Minister’s Economic Advisory Council, and Harvard University has found that Indian women have disproportionately low access to health caredue to gender-based discrimination and cultural barriers to being upfront about health problems – problems that are arguably prevalent elsewhere in the region. Since women’s health is usually a critical concern in gender equality-related indices (such as Gender Inequality Index and Sustainable Development Goals), Taiwan could seek to expand its medical personnel training programs to include gender sensitivity courses and increase awareness of the special needs of women, and the impact sociocultural factors can have upon gender discrepancies in morbidity and mortality. This could lay the foundation for greater collaboration between Taiwanese and local hospitals to create culturally sensitive and women-friendly environments.

There are, of course, a number of challenges that threaten to impede these goals. Firstly, the level of gender inequality among South and Southeast Asian countries substantially differs. For instance, while the World Economic Forum ranked the Philippines as the number one country in Asia in terms of its efforts to close the gender gap, India was ranked 112th in 2020. As such, NSP projects will need to take into account cultural and other factors specific to each country.

Taiwan’s opportunities to participate in United Nations and other international conferences on women’s rights are also limited. In November 2019, the United Nations Economic and Social Commission for Asia and the Pacific held the Asia-Pacific Ministerial Conference on the Beijing+25 Review. Forty-five countries in the Asia-Pacific region adopted the Asia-Pacific Declaration on Advancing Gender Equality and Women’s Empowerment: Beijing+25 Review, which expressed their commitment to accelerate efforts to achieve gender equality and women’s empowerment. While Taiwan was unable to attend this conference, it is evident from this result that the will for improvement is there. Through exploiting Taiwan’s NSP, experiences in advancing equality and warm power, the island can make important contributions to advancing gender equality both in and beyond the Asia Pacific region.

Hsin-Chi Lee is an assistant research fellow at Taiwan-Asia Exchange Foundation. She holds a MA in Gender and International Development in the University of Warwick.