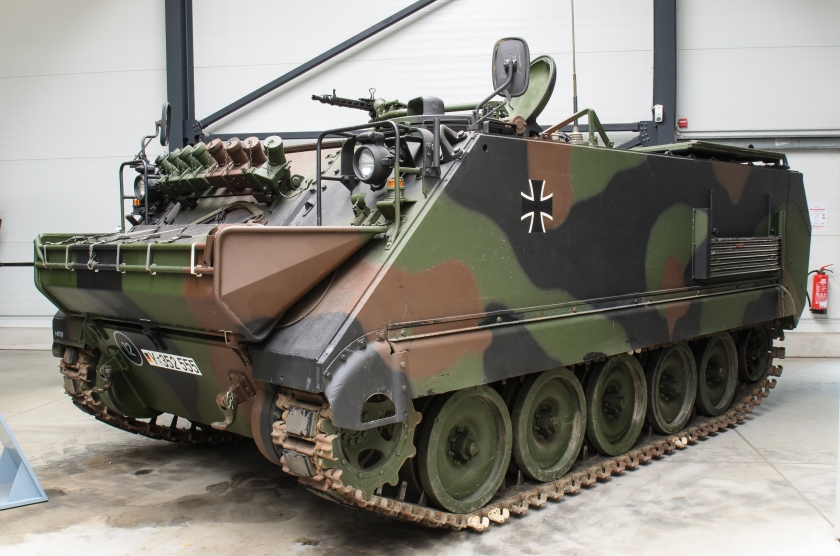 The restoration of military conscription has become an important topic of Taiwanese national security, especially in the face of election campaigns such as the presidential election. The topic has become even more relevant after Russia launched a full-scale invasion of Ukraine on 24th February 2022. A similar phenomenon occurred in August 2021, during the retreat of the United States from Afghanistan. The current compulsory military service in Taiwan is only four months for males over 18 years of age and is referred to as “military training service.” Therefore, Taiwan’s military service system remains a compound of both conscription and voluntarism. However, in light of the aggressive attitude of the Chinese Xi’s administration and the associated risks of possible military conflict across the Taiwan Strait, the lack of human resources in the Taiwanese military is considered a major problem for national defence in Taiwan. Therefore, the restoration of longer compulsory military service has been argued by scholars and politicians both at home and abroad (the United States in particular) as a necessary step to enhance Taiwan’s defence capability.

Evolution of Taiwan’s military conscription and the dilemma of security

The concept of an “all-volunteer armed forces” was proposed in 2000 by both Chen Shui-bian and Ma Ying-jeou in their presidential campaigns. The Chen administration established the policy principle of “primary reliance on voluntarism; secondary reliance on conscription” (徵兵為主，募兵為輔). During the Chen period, the two-year mandatory military service was gradually reduced to one year. After Ma Ying-jeou took office in 2008, further efforts were made toward creating an all-volunteer army. Following years of revision, the compulsory military system finally ended in 2018.

The debate regarding military conscription is rife in Taiwan and has been for decades. Many Taiwanese consider compulsory military service a “waste of time”, and this negative view has damaged the social status of the military. This attitude motivated the presidential campaigns of both Chen and Ma to focus on volunteer military. In addition, economic growth and the modernisation of the Taiwanese Armed Forces have brought advanced weapon systems such as the modern F-16 fighters and AH-64E attack helicopters, which require operation by well-trained career soldiers .

However, phasing out conscription has affected the fighting power of the Taiwanese Armed Forces. According to several media reports, the Taiwanese Armed Forces lack human resources for combat units, some of which have been reduced to 60-80%. Furthermore, the Reserve System of Taiwan no longer fits the needs of the modern battlefield, and the need for joint operation/support of standing troops will increase if military conflict is triggered. In the case of conflict, the Ministry of National Defence (MND) has stated that the Reserve force will rely mainly on retired career soldiers. Still, it is questionable whether this will provide the same fighting power as the old Reserve System, which offered more than 2 million reservists.

The Taiwanese government has designated reform of the Reserve System as a top priority, establishing the new “All-Out Defence Mobilisation Agency” (upgraded from the “All-out Defence Mobilisation Office”), as well as the policy of Reserve service. In addition, the government merged the old Army Reserve Command with the All-out Defence Agency and further increased the “Education Recall” training of reservists from 7 days to 14 days to strengthen the retraining  process. The MND has also decided to send four-month conscripts to combat units for more practical training following basic bootcamp, although the effectiveness of this remains under review.

Opinion polls conducted immediately following the full-scale Russian invasion of Ukraine indicated that most Taiwanese people support the extension of the current four-month compulsory military service. However, in the face of increased public awareness of military conscription, Taiwanese politicians have also suggested  training reservists in the use of the FGM-148 “Javelin” anti-tank missile and the FIM-92 “Stinger” man-portable air-defence system (MANPADS), as well as introducing conscription for females.

Taiwanese media reported in March 2022 that President Tsai Ing-wen had asked the MND to extend compulsory military service to at least 10 months or even one year. However, the presidential office later denied this. According to statements from the presidential office and Defence Minister Chiu Kuo-Cheng, the MND is still assessing the issue. The Taiwanese military’s top priority is to reform its reserve army.

Obstacles to the restoration of one-year compulsory service

The issue of one-year conscription has been under debate for years. From 2015 to 2017, opinion polls conducted by the Academia Sinica showed that most Taiwanese supported the restoration of one-year conscription, with approval rates increasing from 60% to 86%. However, the abovementioned poll by Academia Sinica in 2015 also indicated that 66% of Taiwanese oppose tax increases to enhance Taiwan’s military power. Although most opinion polls showed that Taiwanese of all ages support the restoration of one-year compulsory military service, the phenomenon still shows that some potential obstacles might still exist regarding rebuilding military capabilities. The Taiwan government still needs to strengthen its communication with the society.

Despite generally widespread support, old stereotypes and other obstacles may make it difficult for political leaders to extend conscription. For example, the military’s capacity to train and equip conscripts is questionable. Former Defence Minister and current Minister of Veteran Affairs Council Feng Shih-kuan has stated that current human resources and infrastructure dedicated to training are insufficient. However, with four-month conscription still in place, restoring one-year military service could draw on existing infrastructure and, therefore, would be less challenging compared to countries that eliminated conscription (such as Germany).

Extension of conscription will not solve the problems encountered on the modern battlefield, particularly regarding the operation of advanced weapon systems. While the size of the army is an important concern, both the structure of the military and the nature of training will need to be transformed to fit the current context. Any changes to compulsory military service will need to be considered, and solutions will likely take money and time to implement.

Firstly, in Taiwan, the old Reserve System and current military training have focused on training light infantry or riflemen. However, this training has been implemented for all conscripts, regardless of their expertise outside of the military. In Ukraine, Vice Prime Minister Mykhailo Fedorov established an “information technology (IT) army” comprised of civil experts. Ukraine also has had a civil drone unit, “Aerorozvidka”, since 2014. These units are examples of maximising the talents of civil professions by finding appropriate applications in the defence system.

Secondly, the reserve brigades of the Taiwanese army are equipped with small arms, as well as the M72A2 66mm anti-tank rocket and the old 105mm towed howitzer. However, the role of these units is also questionable on the modern battlefield. New technology includes anti-tank/air defence, small drones (for intelligence, surveillance, reconnaissance or even suicide drones), mobile support firepower, and even relatively simple, easy-to-operate armoured vehicles, such as old M113 armoured personal carriers could be introduced in these units. If Taiwan aims to arm itself with precision weapons such as those used by Ukraine, the combatants should be equipped with the basic training to operate them. The “Education Recall” policy should consider implementing “mission-oriented” training to enable the reserves to complement the standing army better. Four-month recruits could also be better utilised in this way.

Thirdly, training programs could be further refined by adding specific topics such as basic techniques for urban warfare, logistics, or civil defence, depending on the needs and defence planning of the Taiwanese military. For both four-month service training and 14-day retraining, programs should be mission-oriented depending on the unit to maximise the efficiency of this limited time. For example, training within combat units should focus on mastering the use of weapons and combat techniques that suit the complicated terrain of Taiwan, particularly urban warfare in highly urbanised western Taiwan.

Finally, automatic, robotic, and unmanned technologies should be further developed. The most significant issue facing the Taiwanese military in the future might be the country’s low birth rate. Modern technologies represent a crucial solution, enabling the military to put human resources in the most important positions and increase intelligence, surveillance, and reconnaissance (ISR) capabilities, mission support, and firepower. Unmanned Aerial Vehicles have already proven their effectiveness in Ukraine and other conflicts, particularly against ISIS and in the Caucasus Nagorno-Karabakh war. Similar technologies should receive high priority to support the Taiwanese military’s limited human resources.

With the military threats from China, Taiwan needs to enhance its military capabilities, or more precisely, enhance and rebuild its capabilities. The restoration of one-year conscription might solve the problem of limited human resources. Still, as evidenced by the war in Ukraine, other actions could serve to improve security in Taiwan further.

Dr Jyh-Shyang, Sheu is an Assistant Research Fellow at the Institute for National Defence and Security Research, Taiwan.

This article was published as part of a special issue on “Military Conscription”.