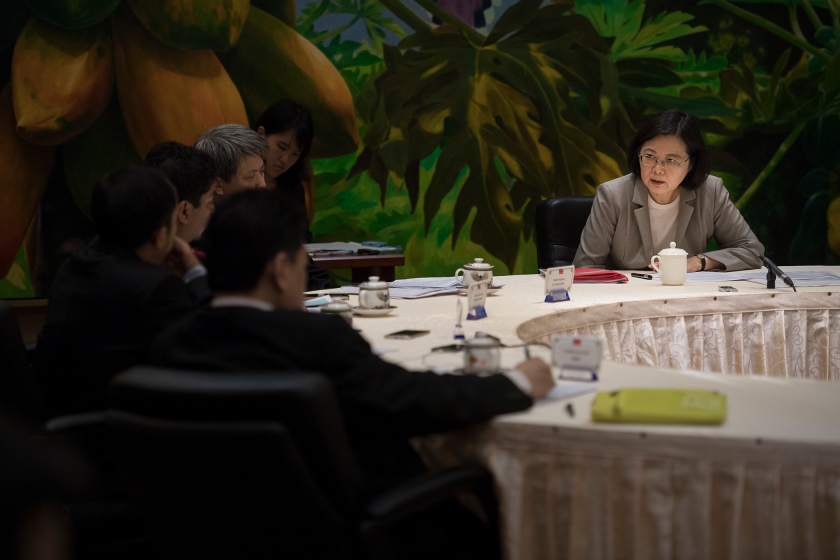 On Saturday, 24 November, the people of Taiwan went to the polls to vote for over 11,000 local-level officials and voice their opinion on 10 referendums. The results were a stark repudiation of the policies of the ruling Democratic Progressive Party (DPP) and President Tsai Ing-wen.

The DPP lost more than half of its seats in the 22 city mayoral and county magistrate elections, triggering Tsai’s resignation as DPP chairwoman and prompting Premier William Lai to tender – and then retract – his letter of resignation.

By contrast, the Kuomintang (KMT) gained more than double the six seats it had previously held. In the hotly contested mayoral elections of the “big six” municipalities, the DPP lost to the KMT in New Taipei, Taichung, and Kaohsiung to keep seats only in Tainan and Taoyuan. In Taipei, the incumbent Independent mayor was re-elected. The results of the election have given the KMT a second opportunity at political relevance.

According to data from Taiwan’s Central Election Commission, in terms of ballots cast by party in this year’s election, the KMT held the majority in every election from the mayoral to village chief levels. Whether the KMT will be able to leverage these local-level victories in the race to the presidential elections in 2020 will depend heavily upon how the new cohort of elected officials performs.

Much of the post-election coverage and analysis has focused on outcomes in the “big six” municipalities. In Kaohsiung, a southern city that has been ruled by DPP officials for two decades, KMT mayor-elect Han Kuo-yu beat out his DPP challenger Chen Chi-mai with 53.14% of votes. Throughout his campaign, Han promised economic rejuvenation without “blue-green [KMT-DPP] partisanship”. But, by explicitly recognising the 1992 Consensus – what China has advocated as the foundation for cross-Strait relations – and vowing to establish a working group for cross-Strait affairs, it seems that Han’s promises of economic rejuvenation may not be entirely separate from the politics of Kaohsiung’s relations with China.

In Taipei, incumbent mayor Ko Wen-je (Independent) won by a margin of 0.23%, or 3,254 votes, over KMT candidate Ting Shou-chung. Ting initially filed a petition for a recount to challenge Ko’s razor-thin victory. Ting then withdrew his petition for recount on 26 November, saying that he will instead file a lawsuit to nullify the election due to irregularities in the voting process. Ting previously told reporters that simultaneous voting and vote-counting were a “deliberate attempt to manipulate strategic voting”, a “dirty trick” played by the DPP in which voters strategically sacrificed the DPP candidate, Pasuya Yao, to elect Ko.

The DPP held onto mayoral seats in Tainan and Taoyuan. Tainan mayor-elect Huang Wei-che defeated former KMT legislator Kao Su-po with 38.01% (or 360,749) of votes cast in a six-way race. Huang’s victory has ensured that the DPP continues its 25-year history of holding the Tainan mayoral seat – a position that has often served as a training ground for DPP officials appointed to serve in the central government. In Taoyuan, incumbent mayor Cheng Wen-tsan of the DPP comfortably defeated the KMT’s Chen Shei-saint with 53.5% (or 552,330) of the votes.

Regarding the 10 referendums on this year’s ballot, voters rejected proposals that would have likely bolstered Taiwan’s reputation as a progressive Asian society. The referendum to use the name “Taiwan” in international sports competitions failed to pass, as did referendums proposed by advocates of same-sex marriage.

The referendums that passed included those on energy policy, air pollution, and the ban on food imports from areas near the Fukushima Daiichi nuclear plant in Japan. While the Referendum Act (Article 30) requires the government to carry out the will of the electorate, it should be noted that there is no compulsory enforcement clause within the Act if government agencies fail to see these outcomes through.

The dramatic shift in the island’s electoral map following the local elections is not entirely new – and, indeed, something that can be discerned in prior elections. The DPP has struggled to fulfil some of its promises, including stimulating economic growth. Changes, such as pension cuts and reductions to public holidays, have further compounded public frustrations. The people of Taiwan made their disappointments known by voting in favour of change.

As Taiwan looks to the presidential elections in 2020, we will have to watch to see if the DPP can recover from these electoral losses and recalibrate its domestic policies, or if newly-elected KMT officials are successful in meeting the expectations of the electorate.

Lauren Dickey (@lfdickey) is a PhD candidate in War Studies at King’s College London and the National University of Singapore where her research focuses on contemporary Chinese strategy toward Taiwan. This article was originally published in The Interpreter and can be found here. Image credit: CC by Office of the President, Republic of China (Taiwan)/Flickr.