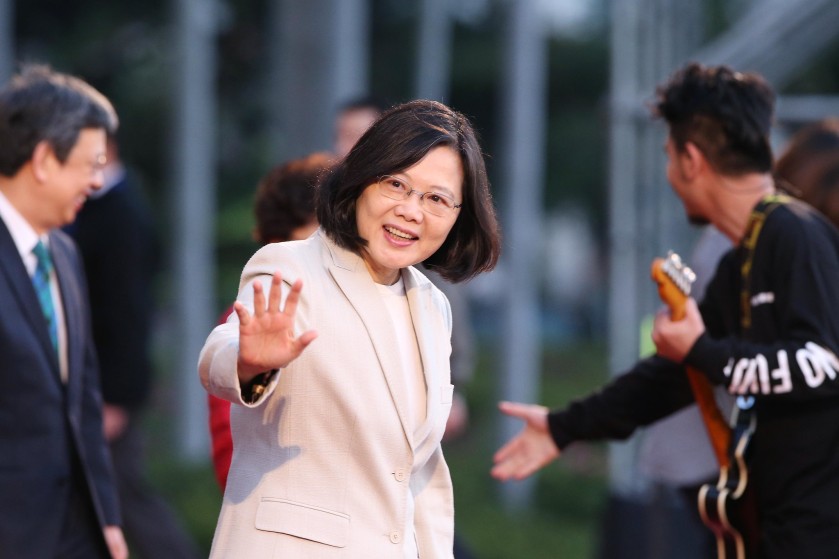 This article is republished from Taiwan Sentinel. Read the original article here.

Consolidated democracies can withstand political divisions, however exacerbated they may be during electoral campaigning, through a tacit agreement by all parties involved that the outcome of an election will be treated as legitimate. An abiding commitment on the part of a defeated party to respect the results of a free and fair election is also essential for the continuation of democracy, as is agreement by all to certain scientific rules (polls, vote-counting, et cetera), traditions and institutions.

Despite the high polarization that characterizes Taiwanese politics, the country’s three-decade-long democratic history has, to its credit, witnessed near-universal respect for those ideals. The three transitions that have occurred since democratization — in 2000, 2008 and 2016 — have been peaceful; even the paper-thin re-election of Chen Shui-bian in 2004, during which some members of the opposition camp engaged in acts of violence, never came close to being regarded as illegitimate. All of this would not have been possible were it not for the fact that Taiwan’s main political parties, along with the public, have agreed to a certain set of standards and to recognizing as legitimate the results of elections.

As the January 2020 elections approach, there is reason to fear that the honorable traditions that have marked Taiwan’s democracy may be facing new challenges by a segment of society that simply won’t play along. Inspired by populist/nativist movements worldwide and possibly with some assistance from authoritarian China, two waves occurred in Taiwanese politics last year which threaten to challenge longstanding democratic rules.

The first wave is the emergence of Han Kuo-yu following his surprise election as Kaohsiung mayor in the November local elections; since his victory, the not particularly charismatic Mr. Han has unleashed passions in a segment of Taiwanese society that have surpassed anything we had seen so far — for some of his supporters, Mr. Han is nearly messianic, an anti-politician politician unique in his purported ability to lift the downtrodden into a bright future of riches. No matter how often he has been caught in a lie or has contradicted himself, regardless of his racist tendencies toward Southeast Asians and near-complete lack of a viable political platform, Han is, to his core supporters, untouchable, a divinity that is above criticism. And for those who dare to break that sacrosanct rule, whomever they are and whichever political party they belong to, the resulting vitriol is without precedent in Taiwanese politics and utterly disturbing — death threats, curses, online and off, and veiled threats against the family members and children of Mr. Han’s critics. Even a descendant of Chiang Ching-kuo has received threats of this nature, not to mention local residents in Hong Kong, radio and TV personalities, and elected councilors from smaller political parties, such as the New Power Party.

Much of this has occurred online: on social media, Facebook, Line, with support from certain traditional media. Various social media accounts have been tracked by the authorities, and legal action has been taken against a number of individuals who were behind the threats. Mis/disinformation has also been at the heart of this phenomenon, helping turn any criticism of Mr. Han into an instrument by which to further polarize the Taiwanese polity: legitimate or not, all criticism is an attack on the very identity of those who subscribe to Han-ism. All of this is reinforced by a candidate who constantly assails — and rewrites — objective reality with lies, contradictions and denials, by dint of which the facts no longer matter; only one’s opinion or preference, as a member of a certain group, counts. Any divergence from this is unacceptable. Hence the threats, the very denial of the possibility that elected officials, civil society, or the media could disagree with Mr. Han and his followers. This also explains why Mr. Han’s supporters are downright refusing to believe that he could be trailing against his opponent, President Tsai Ing-wen. Even when pro-Han media, such as the Want China Times, have polls showing their candidate trailing Ms. Tsai, Mr. Han’s core supporters counter that those are “fake polls.” But who can blame them, when Mr. Han claims that polls do not matter, and that “what the people feel” is what truly counts? If there ever was a warning that the Han camp might refuse to legitimize the outcome of an election which doesn’t yield in his favor, this is it — an unscientific belief in feelings which supersedes actual vote-counting. As the democracy scholar Larry Diamond writes in his latest book, Ill Winds, “Democracy can’t function when politics is dominated by opposing camps of ‘true believers’ who view compromise as betrayal and dismiss discordant evidence as fake.”

As of Oct. 14, aggregate polling shows President Tsai leading with 41.5% percent of the vote, against Han’s 25.1%. (The KM claims it has means to turn the tide, a strategy it will implement from November, though at this point it is difficult to see how Mr. Han can be saved from himself.) At this point it is impossible to determine how much of the support for Mr. Han comes from his hardcore supporters, and how much from natural Kuomintang (KMT) voters who will vote for the party no matter what. This is an important distinction, as the troubling behaviour described above pertains to the hardcore Han supporters; it is unlikely that mainstream KMT supporters, including many who have adopted an hands-off attitude toward their candidate, would agree with this kind of behaviour, no matter how much they would like to see President Tsai denied a second term. In other words, we can expect the mainstream KMT to legitimise an electoral outcome in 2020 even if it favours Tsai and her Democratic Progressive Party (DPP); what remains to be determined is the size of the hardcore Han support base, around which ultraconservative groups such as those that oppose the legalisation of same-sex marriage have coalesced, and whether it is sizeable enough to be able to delegitimize the results of the January elections.

The second wave comes from the deep-green end of the political spectrum, bringing together groups that have attacked the legitimacy of President Tsai’s PhD from the London School of Economics (LSE); supporters of former premier William Lai, who unsuccessfully challenged Tsai in the DPP’s primary earlier this year; and supporters of former vice president Annette Lu, who also intends to run in 2020. Much like the hardcore Han camp, this group has relied on social media and disinformation to attack the Tsai presidency; their contempt for Tsai transcends any attempt to present them with the facts, as the LSE silliness has made clear. Such is their contempt for President Tsai that this group, much like the hardcore Han supporters, would conceivably be willing to damage Taiwan’s democracy by delegitimizing a Tsai re-election in 2020.

While both groups — hardcore Han supporters and green camp “Tsai haters” — probably account for a minority of the electorate, if those two forces were to combine after a Tsai victory in 2020, the amount of damage they could cause to Taiwan’s democracy could be considerable, more so if China seized the opportunity to further delegitimize the results through disinformation and other means. It will therefore be essential not only for the DPP, but also the mainstream KMT, to work together in providing the necessary legitimization of the elections. While it could be tempting for the mainstream KMT to side with Han supporters in their attacks on the outcome, such a decision would have a devastating impact on the nation’s democratic institutions. So far since democratization, the KMT has chosen to legitimize outcomes, even when it faced setbacks. Let us hope that such wisdom continues to prevail.