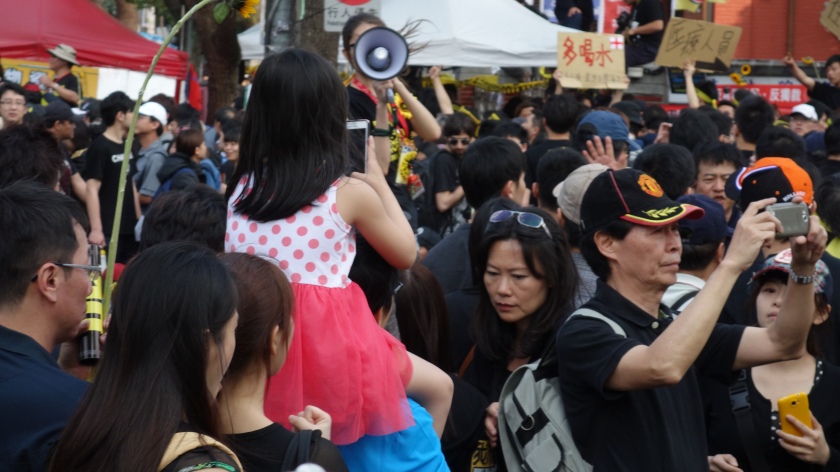 Reading Taiwan Insight emphasises the orientation that we have in New Zealand, that of a modest-sized island nation looking to steer an independent course between global superpowers with whose trajectories we are unavoidably entangled. Taiwan and New Zealand share common themes around democratic participation and economic development based on distinctive comparative advantage. We are also connected via our indigenous peoples, the Taiwanese of whom may have formed part of the great chain of Pacific migrants that led to New Zealand’s pre-colonial settlement. And now, Taiwan’s ‘southbound’ outlook and its emphasis on youth development may connect us even further.

My first real awareness of Taiwanese identity and difference came in the wake of the 2014 Sunflower student movement with a visit by the inspirational Audrey Tang. Tang came to a technology conference in Wellington which was hosted by the tech activist community to which I belong, Enspiral. We shared our experiences and our hopes for purposeful and civilised civic discourse that would be supported and enabled by internet-based tools and technology. Since that time, our sense of network technology as an unconstrained force for good has darkened somewhat. But two things have not changed: the urge and determination for youthful activist participation and the yearning for new methods, platforms and institutions that can manifest this participation.

In these times of mutual great power aggression, bullying and a retreat to polarised identities of ideology and manufactured conspiracy, we see an opportunity for unthreatening nations like Taiwan and New Zealand to take an opposite tack. Our proposal is that rather than fearing human difference, we should be going out of our way to recognise and celebrate it. Instead of striving for and even enforcing homogeneity of thought and action, we should look for the practical value and sustainable energy of balance for the flourishing of life on earth.

Making practical use of human difference is as old as humanity itself. Bands of hunter-gatherers combined the distinctive faculties and capacities of each member of the band in the search for food. In surviving hunter-gatherer communities we can still see this effortless synergy at work — each person carefully attuned to the skills of others at every unfolding moment of the hunt. Today the best sports teams, improvisational theatre groups and teams of professionals in hospital operating theatres display the same moment-to-moment sensitivity to one another’s distinctive talents. But most of our efforts in public life — in government, in organisations, and in commerce — show little of this essentially physical awareness of one another. Instead, we conduct our affairs and our exchanges largely in our heads, through beliefs, ideas, arguments, systems and frameworks. These abstractions lead us naturally to ignore the details and possibilities of each passing moment that can join our efforts together, and instead to habituate symbolic attitudes and behaviours that keep us apart.

We have launched a project designed to cultivate the awareness of human difference and to develop it into an everyday practice of mutual understanding and collaboration. The details of this project are set out at between-us.net and has already touched New Zealand, Australia and Denmark so far. The landscape image shown above is a device for locating differences of individual orientation in two dimensions: physical and relational. Such differences are discovered as responses to a purpose-designed, multi-layered experience that is witnessed by groups of people who are ready to recognise and learn to use their particular capabilities amidst and in relation to others.

The design of this learning programme draws from ancient wisdoms like those of Confucianism, of yin and yang, and of indigenous practices of encounter and habitus. The aim is to equip people with the skills and understanding that enable them to form a harmony of interlocking differences in their everyday dealings, something quite unlike the bruising individuality of much of today’s world.

We see many hopeful possibilities in this approach, including new forms of schooling and basic education, as well as a new politics that embraces and makes practical use of opposition and difference. And we would love to incorporate a Taiwanese activity stream in our research and development programme, if there is energy and capacity for such a move.

Theodore Taptiklis is Principal researcher and co-founder at Between Us & Human Methods Lab. This paper is part of the digital democracy special issue.