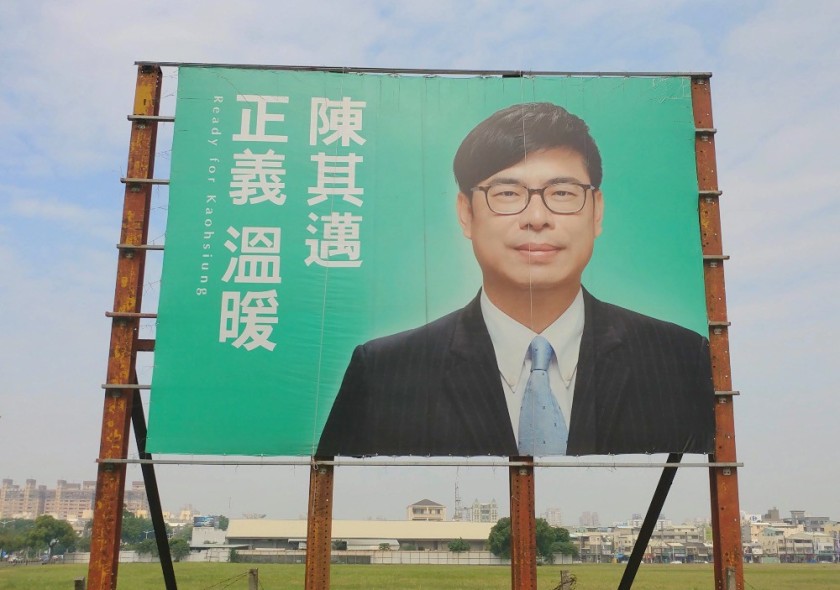 This article was originally published by The News Lens and can be found here.

In his victory speech, Chen called his win “Democracy’s victory, Kaohsiung’s victory.” This is an image that the DPP hopes to cast upon its return to power after Chen’s defeat in the 2018 mayoral elections. However, the DPP’s victory should not be confused with a victory for democracy, or necessarily as a victory for Kaohsiung.

The by-election has brought a few aspects of Taiwanese politics into focus: the trajectory of party domination in Kaohsiung, the KMT’s failed choice of a candidate to contest the seat, and the high expectations that Mayor Chen will be facing.

The DPP stronghold of Kaohsiung

The Kaohsiung by-election was the product of the recall of Han Kuo-yu, a dark horse candidate who defeated Chen Chi-mai in 2018. In command of a “Han Wave” of enthusiastic supporters, Han returned the KMT to the mayoralty in Kaohsiung after a 20 year period of DPP rule.

Recent mayoral election results show exactly how “green” the city is, with Han’s election serving as a mere outlier.

Chen Chu, now President of the Control Yuan, served as Kaohsiung mayor for three consecutive terms, winning each election by huge margins despite the city’s lack of infrastructural improvement during the 12 years of her terms. Her consecutive victories were a result of voters placing high value on party loyalty.

The 2018 election can be understood as the voters’ backlash against the DPP leadership, with Han winning by about 10 percentage points. While there was a change in voter behavior, it did not mean that party loyalty became irrelevant in Kaohsiung.

The continuing power of party loyalty became apparent in the by-election this month. The KMT only won three districts, all of which were predicted to lean blue. The polls taken by TVBS before and after KMT candidate Jane Lee’s plagiarism scandal only differentiated by 1%, implying that there were almost no undecided voters to begin with. The same voters who abandoned their loyalties to the DPP in 2018 returned, leaving the KMT with its tiny support base.

The DPP paints its victory in Kaohsiung as democracy’s victory, yet single-party dominance can be at odds with a rich democratic culture. What really exemplified the values of our democratic process, though, was the recall of Han. The by-election that followed saw a return to the pre-Han norm in Kaohsiung, driven purely by party loyalty and distrust of the KMT, though with good reason.

The KMT’s failure in the by-election can largely be credited to disappointment over Han, but the party’s endorsement of Jane Lee as mayoral candidate certainly did not right the ship.

Seeking the youth vote, the KMT handpicked Lee for her demographic advantages: a young mother and a local politician with family ties to Kaohsiung. Though much can be said about the strategic shortcomings of Lee’s campaign, from the crisis management debacle following her plagiarism scandal to the lack of preparation demonstrated in many of her interviews, Taiwan’s media was not on her side.

Lee’s lack of charisma quickly became a target for her political rivals and the news media. From the way she repeats herself in interviews to her reading off a script during the policy debate, the flaws in her presentation were heavily scrutinized.

What the future holds for the Chen administration

The two years remaining in the mayoral term are at best an uphill battle for the Chen administration. The DPP has not regained full authority over Kaohsiung. Even with Chen as mayor, the city council remains dominated by the KMT, increasing the likelihood of future conflicts over policy decisions.

Above all else, Chen’s victory doesn’t guarantee that he will be in public favor for long. In the short duration of three years, Kaohsiung has elected two different parties by large margins.

Though Han was ousted for his unpopularity, two concrete achievements from his short-lived term — road flattening and increasing sewer capacity — may haunt Chen’s administration. If Chen fails to deliver on his election promises to make visible changes for Kaohsiung, he will be compared unfavorably with the legacy of Han. This is likely the reason why Chen has set down clear, achievable objectives that his administration will be pursuing.

The DPP will want to reassure Kaohsiung of its commitment to the city, that it doesn’t take its support for granted. As loyal as Kaohsiung has been to the DPP, there are no certainties when it comes to elections.

Hiro Fu is an undergraduate studying politics and media at the University of California, Berkeley.