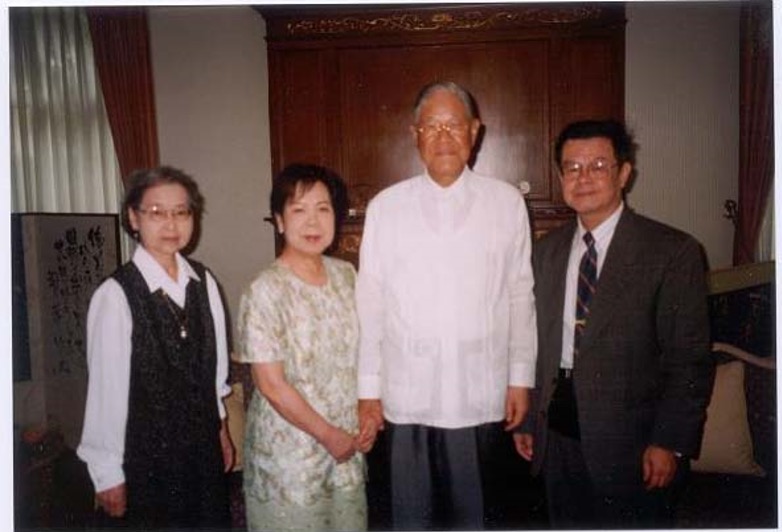 The basic idea of his Cornell thesis was a two-sector model of economic growth: namely, the agricultural and non-agricultural sectors (instead of usual growth model of consumer good and investment good sectors).). Based on the idea of “primitive capital accumulation” by Karl Marx—whom LTH did not mention explicitly—he investigated, in the absence of foreign resources (foreign direct investment, loans and aid), whether the surplus-value in the agricultural sector could be exploited (transferred) as capital flow to the financial and foreign sectors, along with government taxes and levies, and also to the non-agricultural sector for industrial development.

During that time, people were concerned about this topic since its basic premises formed the basis of 1927 Joseph Stalin’s economic policy of collectivization of agriculture. A policy to extract the surplus value from agriculture to promote rapid industrialization. Indeed, similar legislation was adopted by Mao Zedong in China in the form of Agricultural Collectives from 1949 to 1958. In the academic arena, this was one of the crucial topics of discussion and research in Development Economics during the 1960s in the United States (like Bruce Johnson of Chicago, John Mellor of Cornell, etc.) and, especially, in Japan (Kazushi Ohkawa and Shigeru Ishikawa of Hitotsubashi, etc.).

After extensive and elaborate discussions and analysis, LTH found that there was indeed net capital outflow from the agricultural sector to the non-agricultural sector from the early twentieth century to the early post-war WWII period in Taiwan (1896-1960). The net flow was mainly through land-rent payment and taxing during the pre-war period and was mainly through farmer’s saving in the post-war period. He then proposed three strategic measures for agricultural development and capital transfer in Taiwan and then, quite appropriately, discussed their comparative importance in the different phases of agricultural development in Taiwan.

It was an excellent doctoral thesis, well thought of, well documented, backed by extensive historical data. It was well-reserved to receive in 1969 the award of the best doctoral thesis of the year by the American Association of Agricultural Economics.

Clearly, this was not a thesis one could complete in three years. This is especially the case considering that a PhD candidate must take basic courses, along with passing the qualifying examinations and/or comprehensive examination before writing a thesis, and also considering the task of compiling the vast amount of historical data, drawing tables and figures in the non-computer age of the 1960s. His long association with JCRR (1957-1965) and previously published papers might have played an important role in completing his thesis.

The thesis was translated into Chinese and published by the Bank of Taiwan in 1972. Along with the just-published huge beautifully bounded three volumes of his articles on Agricultural Economics and Policy in 1983, he must have impressed then-President Chiang greatly. It was not an accident that reform-minded President Chiang chose LTH as his Vice President in 1984.

Frank S.T. Hsiao is Professor Emeritus of Economics, University of Colorado Boulder (UCB) Boulder, CO. USA. He was a fulltime professor at UCB from 1966 to 2007, and was an Associate Editor (2007-2020) of Journal of Asian Economics. His recent publications include Economic Development of Taiwan: Early Experiences and Pacific Trade Triangle, World Scientific, 2015; Economic Development of Emerging East Asia: Catching Up of Taiwan and South KoreaLondon: Anthem Press, 2017; Development Strategies of Open Economies: Cases from Emerging East and Southeast Asia. World Scientific, 2020 (all coauthored with Mei-Chu Wang Hsiao).