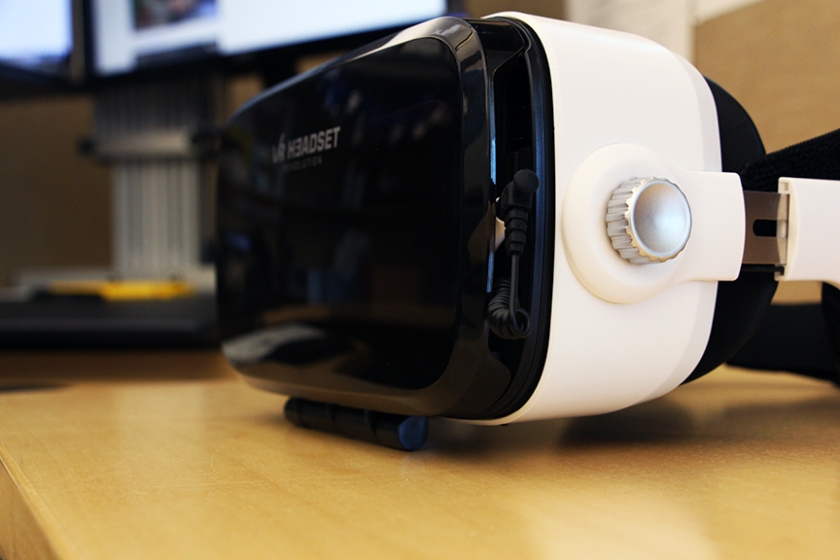 Dating back to ancient Egypt, Greece, and Arabia, the study of human anatomy is one of medicine’s oldest disciplines and anatomy courses centred on cadaver dissection have been crucial to building students’ understanding of the human body and developing their sense of vocation. Medical schools in Taiwan typically follow unique theological stipulations  to procure cadavers for anatomy instruction. However, the continuing issues faced in obtaining and preserving cadavers has led to the increasing use of medical imaging technology such as virtual reality (VR) in educating physicians, which brings both challenges and new potential to the future of medical training.

One problem since the beginning of anatomical dissection in medical training has been the ethical and economical procurement and maintenance of cadavers. Before the 1980s, most medical cadavers in Taiwan were unclaimed bodies or the bodies of male army veterans who had died with no immediate family. However, this exposed teaching institutions to legal and financial burdens since—even after a mandatory waiting period of several years during which the costs of storage had to be paid—family members would sometimes belatedly claim the body through the courts. Moreover, reliance on army veterans’ bodies created a gender imbalance in students’ training, and societal attitudes around the whole process were rather negative. These shortcomings made it challenging to provide enough cadavers for the Taiwanese student population.

This situation changed dramatically in the mid-1980s through innovations brought about by the Buddhist Compassion Relief Tzu Chi Foundation in Taiwan. The Foundation-affiliated medical school at Tzu Chi University soon began to acquire more cadavers than they needed by following new guidelines created by the Foundation. Tzu Chi Buddhist adherents and their families were encouraged to view donation as a benevolent offering of a body no longer needed in this world. The donation process was turned into a narrative of spiritual transformation in which a lifeless cadaver is conceived as a Silent Teacher (wúyǔ liáng shī 無語良師). The role of this generous teacher is to provide medical students with an education in human anatomy before they are allowed to practice their skills on living humans. Another significant innovation was requiring students to come to know the personal history of the Silent Teacher and to interact meaningfully with the donor’s family members. This process aims to give medical students respect for human life and death. It helps them to embrace the gravity of the medical profession’s duty to serve patients. Donors, in turn, get the honour of full burial services after a sacred act of selflessness. Furthermore, for donors of modest means – who have been in the majority – they benefit from the easing of their financial burden.

That said, in Taiwan, the expense of storing cadavers, arranging for students to meet with donors’ families a week or so before school formally begins, and the various legal issues always faced in this morally charged endeavour, still present challenges to anatomy professors. One potential solution has been forwarded by Taiwanese electronics corporation HTC which worked with Taipei Medical University to launch Taiwan’s first VR anatomy course in 2018. In 2019, The National Defense Centre likewise collaborated with HTC to build Taiwan’s largest MR (mixed reality) anatomy classroom. In short, VR and other medical imaging technology has developed to the point where it can enhance, and possibly replace, the role of the Silent Teacher in anatomy studies. This is a trend that raises questions about methodology in medical training, and how this new technology affects medical students psychologically and helps them grow socially into their profession.

The nature of the debates in Taiwan over whether VR offers an educational advantage over the Silent Teacher or could possibly replace the role of the Silent Teacher are evident on medical student Internet bulletins such as PPT med-student and on discussion forums found on HTC’s official website. Those in favour of introducing VR to the anatomy classroom argue that students could get clearer views of deeper layers and smaller organs that are difficult to dissect. VR offers 3D views from numerous angles, including both static and dynamic models. With microanatomy models, students can study small intestine villi, muscle fibres, and other microscopic organs that are not visible to the naked eye. However, others argue that VR does not significantly improve learning outcomes; for instance, that the immersive environment created by VR does not stick in students’ functional memory. If VR were to replace human dissection, students would miss out on the hands-on experience, which could affect their future careers.

Since NCKU only recently launched southern Taiwan’s first virtual anatomy classroom in June of 2020, the use of VR in anatomy training is still in the initial stages of development as faculty learn how to utilise this technology best. In multidisciplinary collaboration with the science and engineering departments, NCKU’s College of Medicine hopes to develop more realistic medical imaging and interactive VR lesson plans. This could lead to more significant potential in medical research and provide additional resources for medical students in their anatomy studies. NCKU Library has made several 3D anatomy data mobile apps freely available to students, such as Visible Body and Primal Pictures. Dr Kuo, (郭余民), a senior faculty member in the Department of Cell Biology and Anatomy at National Cheng Kung University (NCKU) (who graciously granted an interview for this article), mentioned in our discussion that these anatomy data mobile applications are widely referred to by students during dissection and have proved to aid their learning.

Dr Kuo also pointed out that two-dimensional images are insufficient when studying a three-dimensional organ, so VR imaging can help provide a dynamic 3D view. However, a limitation of VR imaging is that the images tend to be less accurate because they have been derived, for the most part, from drawings. While VR headsets provide an immersive experience, NCKU currently only has a dozen units and many users experience nausea after ten to fifteen minutes of wearing a VR headset, so students are not able to study with the headset for long periods. On the other hand, cadaver dissection presents its own limitations. In order to ensure that each student has sufficient opportunity to dissect a cadaver, there is a limit on how many students can study one cadaver at a time. Since anatomy courses are required for all medical students, medical institutions must obtain enough cadavers to provide each medical student with the opportunity to participate in dissection. Thus, the costs of storing and preserving the needed number of medical cadavers make it more expensive than some forms of VR imaging. Furthermore, Dentistry, Nursing, Pharmacy, and Allied Health faculty also want their students to have some exposure to cadaver-based anatomy training. Consequently, medical cadavers are still, and increasingly, not widely available to all medical institutions in Taiwan.

What no technology can offer on its own is the sense of responsibility to the greater human community that students gain by being entrusted with the privilege of learning with the Silent Teacher. Dr Kuo observed that attending religious ceremonies and visiting the families of the Silent Teacher motivates students to strive for excellence in their learning. Indeed, the families have high expectations for the students to make the most of the time spent with the Silent Teacher and to learn all that they can. As Li He-Zhen, one of the early donors once said, as quoted by Master Chung Yen in Eternal Life With Goodness and Beauty, ‘You can make hundreds or even thousands of wrong cuts on my body, but please do not make even one wrong incision on your patients in the future.”

A mixed-reality approach to anatomy courses may be an ideal approach to combining the efficiency of VR technology–and its enhancement of the acquisition of knowledge–with the psychological enrichment and tactile experience of learning from the Silent Teacher. A former medical student brought up an intriguing idea on an online discussion forum: perhaps students could practice anatomy with VR technology before dissecting the Silent Teacher. By doing this, students would approach cadaver dissection already possessing a higher level of anatomical knowledge, and thus fewer unnecessary cuts would be made. Not only would students gain the benefits of both forms of learning, but it would be an act of respect to the Silent Teacher to begin dissecting from a psychological, cultural, and technical place of preparedness. As VR technology and 3D imaging continue to develop and become more accurate and affordable, the presence of VR in anatomy classrooms will continue growing. Greater ease of learning and access to more effective resources can be anticipated, making VR a complement, rather than a replacement, for the successful Silent Teacher programs that have found cultural resonance in Taiwan, as well as a number of other Asian societies.

I want to thank Dr Joel Stocker for his guidance and assistance and express my gratitude to Dr Yu-Min Kuo for granting us an informative interview.

Elsa Sichrovsky is a graduate of NCKU. She is currently an English teacher and aspiring writer based in Taiwan.

This article is part of a special issue on Challenges to Taiwan’s medical system beyond COVID-19.