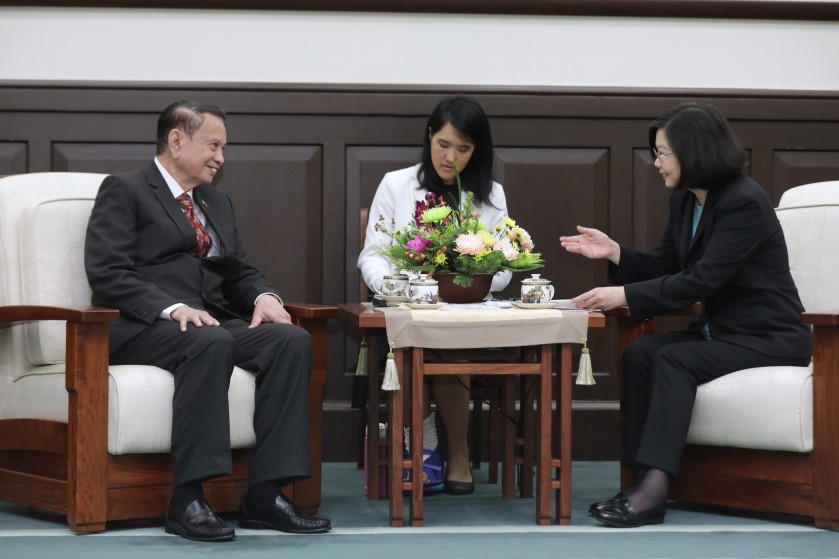 Economic interdependence under rapid globalization has brought about unprecedented economic prosperity. However, it has to some degree failed to promote the establishment of mechanisms for inclusive regional cooperation in Asia. Globalization has not promoted the types of positive diffusion that has been anticipated, in the sense that growing cooperation on technical and economic issues have not been able to stimulate a much greater sense of solidarity around common values. In Asia in particular, stark differences in values highlight the unsustainability of today’s globalization model, which often emphasises economic and trade growth at the expense of these other factors.

Redressing this issue has become one of the core tenets of Taiwan’s New Southbound Policy, which was launched in 2016. This policy aims to develop and pursue a more people-centered model of interaction with neighbouring countries in Southeast Asia and Oceania, focusing on cooperation with the civic societies and communities of partner countries. Yet to what extent has this vision been realised?

In an article I published in the New Bloom Magazine, I discussed the Tsai administration’s New Southbound Policy. In the article, I touched upon the short to mid-term and long-term goals, as well as the policy’s current shortcomings, and suggested some amendments moving forward. In relation to the latter, I suggested that the government should double-down on its focus on people-to-people (p2p) interactions and foster closer ties based on like-minded values, and not just intersecting political and economic interests. I held that this should occur in addition to Taiwan building a more resilient Taiwanese community that is not only capable of self-help, but also adept at safeguarding the well-being of its neighbors.

Never have these issues been more pressing than they are today. As a result of the catastrophic ramifications of the COVID-19 pandemic, we are witnessing economic stagnation, increasing unemployment, cities being locked down, and high numbers of infections in NSP partner countries, such as India and Indonesia, whose cases have numbered nearly 7 million and 300,000 cases respectively. Thus far, Taiwan, by comparison, has only had 527 confirmed cases, and the impact the pandemic has had upon its economy has been far more modest. Taiwan demonstrated early in the breakout that it has the resources to contain the virus and the knowledge to support its neighbors by sharing medical supplies and expertise in pandemic prevention. Although barred from most international organizations such as the World Health Organization, Taiwan, among other things, has contributed extensively to advancing public health as a global public good. Now is the time for Taiwan to take the initiative to help play a stronger role in forging a more resilient regional community.

Early this month, the Taiwan-Asia Exchange Foundation, a Southeast Asian oriented policy-think tank which advises the Taiwan government on SEA policy-related matters, held the fourth annual Yushan Forum in Taipei. The Yushan Forum is a regional dialogue that promotes governmental and non-governmental cooperation between Taiwan and its allies and partner. This year’s theme, Forging a Resilient Future, reflects the Tsai administration’s consistent call for strengthening multilateral regional cooperation. In a world in which nations and markets are increasingly interconnected, resilience rarely means going it alone to ensure the stable supply of critical resources and equipment – for most it means relocating supply chains and production bases to those you can trust when the chips are down. Arguably, widespread concern about resilience in the backdrop of the pandemic has thus brought back to the fore the significance of shared values and a commitment to pan-regional solidarity as a key complement to economic and technical cooperation among Asian partners. This means that now is perhaps the best time to revisit the priorities of the NSP, and the question as to how the government and civic organisations can go about amending the policy to maximise its potential.

To some extent this opportunity has already being grasped by the government, as put on display in President Tsai’s address to the forum. President Tsai emphasised the complementary nature of the economies of the region, and conveyed Taiwan’s commitment to use the New Southbound Policy to forward a spirit of “Taiwan helping Asia, and Asia helping Taiwan.” In addition to noting Taiwan’s material contributions to its neighbours, she noted the recent formation of a “strategic alliance” to ensure the mutual provision of supplies with partner nations in the region, and the link between this alliance and Taiwan’s willingness to “proactively contribute to the creation of a region that is open, free, inclusive, transparent and equal.” Quoting TAEF’s Chairman Michael Hsiao, she emphasised the broadness of the NSP’s motives by advocating the pursuit of the Five M’s— making wealth, making jobs, making friends, making families, and making values.

Deep bonds of friendship are often forged through crises, and there is little doubt that Taiwan has strengthened its bonds with its regional partners through its response to the pandemic. Nonetheless, in the case of relations between nation states, bonds of solidarity need to be built from the ground up if they are to hold firm against the vagaries of changes in political leadership and fiscal contractions. Now is the best time for Taiwan to begin to consolidate the diplomatic gains it has made thanks to its generous response to this health emergency by complementing material assistance with plans to increase the depth and scope of people-to-people interactions between Taiwan and NSP nations when the pandemic subsides.

Wei (Azim) Hung is a Department of Research and Planning intern at the Taiwan-Asia Exchange Foundation (TAEF), and a student majoring in international studies at Leiden University, where he specialises in East Asia. He co-founded an deliberative democracy advocacy group known as Project Taiwan, and has written for a number of publications on Taiwan’s New Southbound Policy and political autonomy.

This article is part of the special issue on Taiwan’s partnerships with Asian nations.