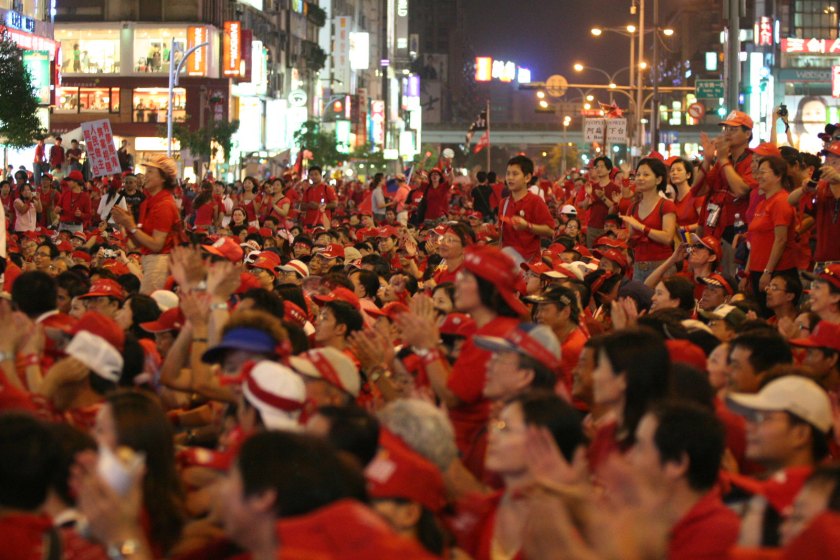 Corruption in Taiwan has been a significant issue since the democratisation in Taiwan. In the early years of Taiwan’s democracy, this was a major issue for politicians in all political parties.

Despite numbers and figures showing that Taiwan has been working well to root out corruption amongst its bureaucracy and politics, high-level corruption and illicit deals between politicians and the business community continues to Taiwanese politicians.

Even though Taiwan has several laws aimed at preventing corruption, such as its campaign contribution laws and lobbying laws, a culture of corruption still exists at the local level. Moreover, high-level corruption has implicated legislators of all major political parties.

How exactly can Taiwan push away corruption as a rapidly developing democracy, in the context of a past marked by corruption?

For most Taiwanese, corruption was brought into public sight as a major topic after Taiwan’s first non-KMT President embezzled billions from the state coffer during his term.

Though initially seen as a hopeful reformist who would change Taiwan’s political culture, coming from the Democratic Progressive Party, Chen’s terms were marked by influence peddling, appropriation of the state budget for personal use, along with the use of Swiss bank accounts to hide his embezzlement.

Chen’s prosecution in 2009 was significant as the rooting out of corruption was seen as political, but also led to several reforms in Taiwan’s political system, including reviews to how budgets are reviewed and handed out to government officials.

President Ma was similarly investigated in scandals of similar characteristics after retiring as President in 2016. He was accused of breaching trust and allegedly picking winners when privatising state-owned media but was acquitted in these cases.

The cases brought against Ma highlighted the blurred line between what is considered legal and what is not, which becomes highly subjective absent laws regulating the ways politicians may exercise their power.

Later, under President Tsai, these legal infrastructures were reinforced. Introductions of laws such as Act Governing Political Parties andamendments to the Act Governing Political Contribution mandated more transparency for monetary transactions. Moreover, through efforts to make data available over the internet, transparency was introduced. Thus, campaign financing was made more easily accessible to the press and the public.

Tsai’s efforts, done as a part of a cohesive effort to reform Taiwan’s political environment, can be seen as efforts to both fight on-going corruption and settling past influence, is politically controversial because it also conveniently weakens the KMT opposition.

Many of KMT’s bank accounts and assets have been frozen under the “ill-gotten party assets” committee. Furthermore, as a direct result of Act Governing Political Parties eliminating non-party “political groups” as a viable legal entity, several of KMT’s sub-organs, such as the National Women’s League of the ROC, can no longer serve as KMT resources.

Many of these KMT-affiliated organisations were created back during authoritarian times when KMT’s party resources intermingled with state resources. Some of these organisations held onto properties and assets after democratisation and later gave the KMT resources to promote their platform and mobilise resources.

The argument made by the Tsai administration and the ill-gotten party assets committee is that these assets rightfully belonged to the state instead of the KMT. So, it is right for the Taiwan government to seize these properties.

The intent is to settle the perception of past corruption; from a time when the rule of law was non-existent, and theft from the state was commonplace. The KMT is especially put in a difficult spot, with its massive financial advantage being taken away and its past rule as the sole political parties being held accounted for.

This is the complex history Taiwan carries on its back when it continues to reform as a democracy. Corruption has been with the Taiwanese for decades, and the political culture that partially carried over from Taiwan’s authoritarian history is now muddling views towards how it should be treated.

Besides the KMT, the DPP has also been plagued by corruption despite Tsai’s reformist agenda. From attempting to smuggle large amounts of cigarettes during Tsai’s US visits to colluding with business officials to draft favourable legislations, Many of Tsai’s close associates and bureaucrats have been implicated over the past years.

In 2020, the twin cases of SOGO influence peddling and the Partyworld Karaoke fire implicated politicians within all political parties. The case of SOGO has, for example, directly implicated Hsu Yung-ming of the New Power Party, who was chairman until his indictment. Furthermore, we have Su Chen-ching of the DPP party, whose uncle Su Chia-chuan had to resign as presidential secretary-general, as well as Chen Chao-ming of the KMT party. The case of Partyworld Karaoke fire, on the other hand, exposed corruption within the Construction Management Office of Taipei City, under the administration of Taipei’s Mayor and the Taiwan People’s Party chairman Ko Wen-je.

These high-level cases of corruption shocked supporters of all parties. They especially brought chaos amongst the rank of the NPP, a party established in the aftermath of the Sunflower Movement to promote transparency in politics.

The efforts to implicate all political parties simultaneously does show that Taiwan’s judicial system remains independent and unafraid to implicate members of the ruling DPP party. These recent cases show that though corruption still exists, the rule of law is now strong enough to prosecute those responsible, even if they are in power.

How to Remain Progressive Against Corruption?

In conclusion, though Taiwan is relatively corruption-clean at the bureaucrat level, work is still needed on its political culture at the highest level.

Fortunately, Taiwan’s has a healthy civil society and is well-bodied to keep corruption at bay. With a highly independent, investigative, and often partisan media, the civil society keeps a watch across all political parties and keeps politicians accountable.

Overall, Taiwan is on a positive trajectory in its fight against corruption, and its most considerable challenge will be to instil a political culture emphasising transparency and fairness.

Taiwanese politicians need to work on drawing the line between political patronage and corruption by continuing to refine existing campaign legislations while continuing to reinforce the message that corruption is unacceptable. The difficulty in doing so will be maintaining such a principle even if a member of one’s own party is the subject of criticism.