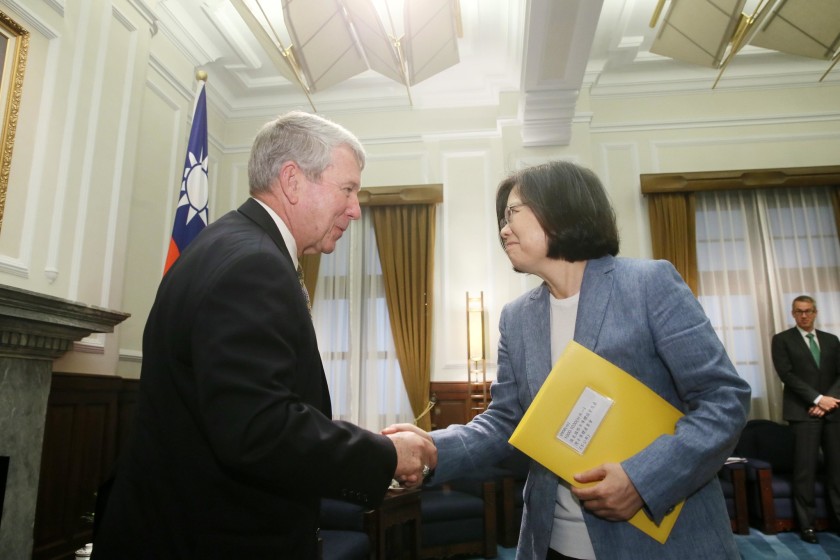 Taiwan’s semiconductor industry has recently attracted attention from foreign governments and media due to the shortage of chips essential for carmakers. Besides, with the growing demand for advanced technologies, including artificial intelligence (AI), fifth-generation (5G) communication, electric vehicles, etc., Taiwan’s semiconductor industry’s strategic importance cannot be over-emphasized. For these Taiwanese firms in this critical supply chain, it is necessary to prioritize and strategize attracting, retaining, and developing talents, since this is a capital and a knowledge-intensive industry. For the foreign governments aiming to be more self-reliant on such a critical sector, there is no reason not to learn from Taiwan’s technological catch-up experience since the 1960s.

The Taiwanese semiconductor industry’s success can be traced back to the 1960s when the Taiwanese government sought a strategy to upgrade Taiwan’s economy. During that time, some US-based, highly-educated and well-employed Taiwanese engineers highly recommended the semiconductor sector, whose experience and suggestions were highly valued by the Taiwanese government. The latter soon adopted a fast follower approach, meaning that the government acquired technological capabilities from multinational companies (MNCs) and provided resources to conduct domestic research and development (R&D).

To learn the technologies from MNCs and develop its technological capabilities, the Taiwanese government established the Industrial Technology Research Institute (ITRI) in 1973 and its subsidiary Electronics Research Service Organization (ERSO) a year later. Soon, ITRI selected Radio Corporation of America (RCA) as a partner to learn semiconductor technologies. RCA agreed to license some of its technologies, and ITRI sent some Taiwanese engineers to RCA for a one-year training in IC design, manufacturing, and testing in 1978. Upon the completion of the training, these engineers returned to run the pilot facility constructed by ERSO.

In 1980, United Microelectronics Corporation (UMC) was a spin-off from ITRI with the facility and technology owned by ERSO. Seven years later, another spin-off from ITRI, Taiwan Semiconductor Manufacturing Company (TSMC), was established. As a joint venture with Philips, TSMC gradually developed its technological capabilities mainly through learning from Philips. However, TSMC soon achieved better production performance than Philips in the early 1990s. Furthermore, TSMC successfully surpassed the International Technology Roadmap for Semiconductors roadmap in 2000. At the same year, UMC has established R&D partnership with IBM and Infineon Technologies and subsequently with Elpida and Powertech to develop more advanced semiconductor technologies.

The success story of developing semiconductor industry in Taiwan shows the government’s critical role in cultivating an industry. For one thing, ITRI, as we have seen earlier, is funded and directed by the Ministry of Economic Affairs, one of the government executive agencies in Taiwan. With geographical proximity, public universities have been conducting high-quality research and generating high-skilled graduates for the nearby Hsin-Chu Science Park, hosting high-tech firms, including UMC and TSMC, since its establishment in 1979. These firms have also received public-sector financing, tax incentives, and government loan subsidies in their early stages.

Readers may draw parallels from Taiwan’s experience to Silicon Valley’s history, which has also been sustained by the Defense Advanced Research Projects Agency (DARPA) in the United States and its surrounding higher education institutions such as Stanford University. In Professor Mazzucato’s terms, we could not enjoy the convenience that iPhone brings us if there were no government-funded research giving birth to the Internet, GPS, touch-screen display, and voice recognition. Tesla Motors, SolarCity and SpaceX, by Professor Mazzucato’s calculation, have also benefited from $4.9 billion in local, state and federal government support in forms of grants, tax breaks, investments in factory construction, and subsidized loans.

For the governments to be more self-reliant on the technological advancement of semiconductors, which are essential for faster computability and connectivity (i.e., AI and 5G) and greener economy (i.e., electric vehicles and Internet of Things), the role of government should not be downgraded. The governments should plan and execute industrial policies with a long-term perspective, and secure patient capital, particularly under such a financialized world were private funds tend to be only looking for substantial short-term profits. The governments should also build an innovation ecosystem on encouraging research and development in universities and companies, along with taking an active role in orchestrating the collaborations between the universities and companies. Finally, it is never late to invest in education and be open to global talents with solid knowledge and practical experience in these technologies. Indeed, the high-tech industry is not just capital, but also knowledge-intensive.

For the Taiwanese governments and companies in this sector, it is not surprising to see more competition from abroad shortly, from the capital investment in advanced technologies to the ‘war of talents’ – foreign governments and companies may become more actively to headhunt Taiwanese talents. Leaders in Taiwan’s public and private sectors should all think about attracting, retaining, and further developing their talents from a strategic perspective. One example is TSMC, which has announced to adjust its compensation policy to reward its employees better from this year. This is seen as one strategy to maintain its competitiveness in human resource management (HRM).

However, other firms in Taiwan’s semiconductor industry should also re-consider their compensation policies to increase employees’ willingness to stay at their current firms longer. Firms in this sector should pay attention to other aspects of HRM too. For example, how can employees achieve work-life balance since their working time tends to be long? How to make employees’ voices heard, since there are almost no unions now in this industry? With growing revenues and profits, firms can buy employees’ happiness (and perhaps willingness to stay) to some extent. Nevertheless, it needs a holistic approach to satisfy the needs of their employees. These employees are highly educated, and plenty of them have at least master degrees. They can be mobile in such a competitive market, and firms should not underestimate this risk.

Bo-Yi Lee is a PhD candidate at King’s College London. His research interests include human resource management, future of work, and national business systems. Before embarking on PhD research, he was a congressional assistant in the Legislative Yuan and co-founded a social enterprise ‘Do You A Flavor’ promoting the awareness of homelessness and urban poverty. He tweets @BoYiLeoLee