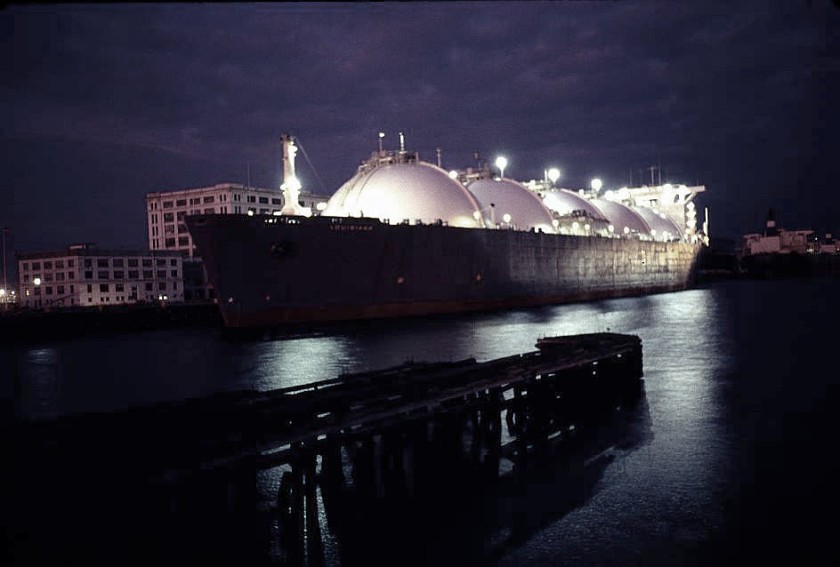 Recently, discussions around energy have emerged again as interest groups fight over whether it is right for the Tsai administration to install a new natural gas receiving station in Taoyuan near an algae reef habitat.

Although the term “algae reef (藻礁)” became social media’s hot topic in Taiwan for a while—similar to how “Salmon” has grabbed the attention of many these past weeks—underlying energy issues have not really been discussed.

Currently, Taiwan faces an issue of how it intends to move forward on structuring its energy policy. Although Taiwan’s public voted during the 2018 referendum to suspend the phasing out of nuclear energy by 2025, the prospect of building new factories or increasing nuclear energy capacity seem politically untenable.

To put this into context, Taiwan has a heavy reliance on fossil fuel to power its economy. By the numbers, in 2020, natural gas accounted for around 40% of all energy used, followed by coal at 36%, nuclear at 13%, and renewable at 6%, with other sources of power generation accounting for the rest.

Although many developed countries are reducing their electricity use over the past years, Taiwan’s usage has increased over the past decade due to industrial sector expansion. This trend is likely to accelerate as large players like the Taiwan Semiconductor Manufacturing Company (TSMC), which uses large amounts of electricity and water, continues to re-invest in Taiwan. Capital inflow back into Taiwan encouraged through preferential tax treatment has also fuelled the growth of industries.

These conditions have created an immediate need to expand energy use. To address this, it appears that the Tsai administration has taken up a policy of expanding natural gas electricity as well as renewable energy capacity. By continuing the policy of expanding natural gas use, the Tsai government follows a trend common amongst developed countries by seeking to reduce carbon emission and pollution by phasing out coal.

Given technological constraints on storing renewable energies, renewable energy’s actual consumption sits at a low 6% despite over 18% of all electricity production capacity in Taiwan. This is a problem common in many developed countries.

Since energy storage battery technology has not allowed efficient renewable energy storage for all-day use, renewable energy can only currently serve as a substitute for fossil fuel on good days. Despite so, some innovations are emerging. The practice of partially converting some farmlands for solar panels has increased solar energy shares amongst renewables from 28.2% in 2019 to over 40% in 2020.

Natural gas, however, still takes much of the growth of energy production and use in Taiwan. The need to expand its capacity has created a major political problem, including an on-going dispute between environmental activists who want to protect the algae reef near which the third CPC corporation natural gas receiving station in Taoyuan will be built.

In 2017, when Taiwan’s energy capacity was straining due to typhoon damage, a two-minute stop in natural gas supply led to the Tatan power plant suddenly shutting down in Taoyuan, causing a loss of 10% of its electricity supply and a country-wide blackout. The blackout in 2017 preceded the 2018 referendum, pushing the public to support pro-nuclear activist Huang Shih-hsiu’s proposal that a legislated limit to phase out all nuclear energy by 2025 be struck out.

Although these above points would have made great discussions on the state of Taiwan’s energy policy by spurring discussions on whether the third gas station is necessary given its potential ecological impact, there are little in-depth discussions on these technical subjects matters.

On the side opposing the construction retired elementary school teacher Pan Jung-cheng leads a campaign to introduce a referendum proposal on whether the receiving station would be built. He is joined by several environmental activist groups—along with pro-nuclear energy activists—and KMT associate Huang Shih-hsiu. On the side supportive of the construction, DPP member and former Taoyuan City Councilor Wang Hau-yu have been exchanging fire over social and print media with Pan.

Populists who are not so popular have been leading discussions on both sides. Wang recently lost his job after a recall election earlier in 2020 successfully recalled him from his position. He has been designated as spreading disinformation in the past. His previous status as a member of the pro-environment Green Party puts him in a difficult situation juxtaposed with his current stance. On the other hand, Pan and Huang recently have had their Facebook accounts suspended. Huang—known for verbally harassing female public figures from NPP legislator Claire Wang to celebrity model Ili Cheng—had his account suspended for making a comment sexualizing female highschool students. Pan, meanwhile, was suspended for reposting content sexualizing children in an attempt to attack Wang. He implied that Wang is a homosexual paedophile.

Given this, a narrative in Mandarin-language media is emerging, accusing the Taiwan government of mobilizing their “cyber troops” to “mass report” comments. This implies that the Taiwan government has a role in suspending Facebook accounts used as public channels. These reports are quickly gaining legitimacy. For example, a report by China-based pro-unification media Huaxia.com—citing information published in Taiwan’s pro-Beijing newspaper the China Times—accuses the DPP government of silencing free speech; reposted by Taihainet.com. Taihainet.com is listed under Google’s news aggregator and is a website under the Fujian Daily News Group (福建日报报业集团), a group whose primary publication Fujian Daily news was an arm of the Chinese Communist Party before its reorganization. These developments are significant since Taiwan’s 2018 referendum was also plagued by waves of populism, in addition to allegations of influence from China.

Although Huang took a role in ensuring the passage of a proposal to “feed green energy with renewable energy” in 2018, his referendum’s actual impact was that it pushed the Tsai administration to expedite the increase in natural gas electricity capacity. In effect, though he and his allies were able to convince the Taiwanese public in 2018 that nuclear energy was needed to prevent future blackouts, it made no difference in the end. This is because the Tsai government did not act on his suggestion’s underlying principle since expanding nuclear energy is not a viable option.

The current opposition to constructing the third natural gas receiving station in Taoyuan remains a difficult topic to resolve. Despite the valid ecological concern and allegation of a poorly framed consultation process, the project will continue since contracts have already been signed.

Though it is possible that between now and the August 2021 referendum, environmental activists such as Pan and energy activists like Huang could make a comeback with an effective campaign. Suppose Taiwan’s public ends up voting “no” to the construction of the receiving station. In that case, the Tsai government will have to find an alternative location and restart its environmental impact consultation process, which could take years to complete owing to boycotts or local opposition. This will significantly hamper the Tsai administration’s plan to increase natural gas capacity.

Given Taiwan’s desire to speed up its economic growth, and a reliance on its electricity-intensive integrated circuit and electronics industry, there is increasing energy demand. Any less would threaten Taiwan’s economic growth. Since Taiwan is unlikely to burn more coal or generate more nuclear energy, both are immensely politically unpopular. Given the current technological restraint on utilizing renewable energy, it is likely to continue to expand its reliance on natural gas.

An on-going political discourse is currently happening to weigh the ecological benefit of burning fossil fuel against the need for more electricity in Taiwan. Nevertheless, despite the vastness of the content that could be discussed and debated, political parties appear to have taken a laid-back attitude simply because there is not much alternative besides expanding natural gas use to compensate for the growing electricity demand in Taiwan.

Joining the discourse have been fringe political personalities who continue to sling mud at each other without making any effort to discuss technical but important nuances. A splintered opposition makes little meaningful effort at presenting an alternative to the Tsai administration’s energy policy.

Moving forward, unless a major case against constructing that third LNG receiving station is made ahead of the August 2021 referendum, we probably will not see any major change or controversy to Taiwan’s energy policy.

This article was published as part of a March 2021 special issue on climate change and environmental issues in Taiwan. All articles in the special issue can be found here.