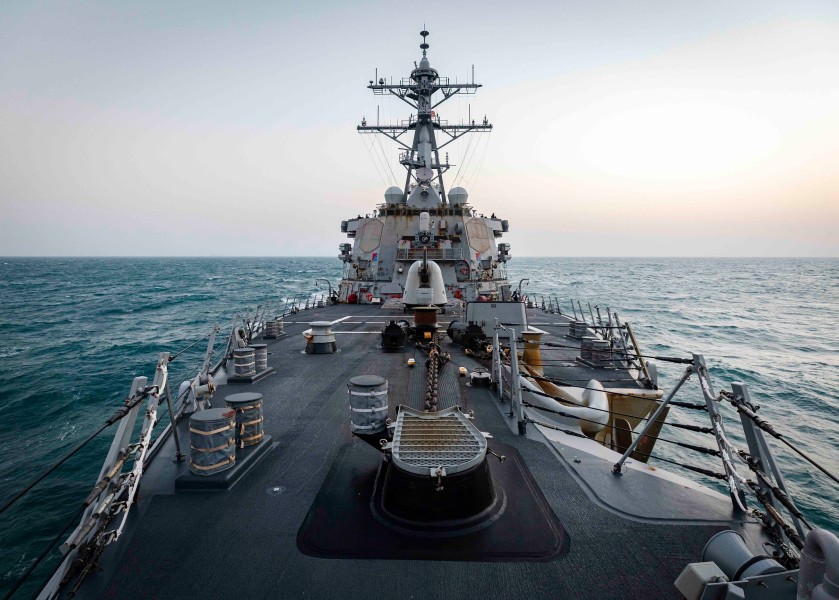 In April, the London based Economist carried several in-depth analyses on Taiwan and US-China relations in the context of China’s increasing assertive policy toward Taiwan. Among them, the one titled “Taiwan: the most dangerous place on Earth” elicited heated debates in Taiwan. Assuming that these analyses are correct, what do these analyses entail?

It probably is not exaggerating to argue that the US cannot afford to lose Taiwan and will continue doing its utmost to help defend Taiwan in the context of increasing competition with China. To some extent, Taiwan may become what General McArthur used to repeat ‘an unsinkable aircraft carrier,’ at least in the short term, though the overall context has been different.

The most dangerous place on Earth means a geographical location with a significant risk of conflict between the US and China, Taiwan involved. If that is the case, we need to ask why the two great powers may fall into conflict over Taiwan? Is there any possibility for either or both side(s) to concede to defuse this risk? If no concession is possible, then we need to ask why no concession can be made?

A simple, if not oversimplified, answer is that it involves a potential geopolitical landscape that both the US and China are fully aware they cannot afford to lose. This may imply that whoever controls Taiwan can shape the geopolitical landscape of the Asia Pacific region, which, due to its growing status as the centre of gravity of the world, may very likely determine the direction of the world.

This means Taiwan is a place of extremely high value for both powers. Taiwan, allying with the US, had been a valuable front-line base before 1979 when the US and China normalized their relations. China was locked inside the first island chain in which Taiwan is a part so that communism would be contained inside the chain and the US could have complete maritime control in the Asia Pacific region.

In the past three decades after 1979, China remained weak and locked as the priority was given to reform and modernization. The US continued to play a dominant status in its region while Taiwan was not the front-line base for the US, and the US might not need this front-line base.

However, things started to change in late 2000. After becoming the world’s second great power with a potential global footprint, China refuses to be locked anymore. Xi Jinping’s remark at a meeting with President Obama in California in 2013 exemplifies his attempt. His remark that the Pacific Ocean is spacious enough to accommodate the US and China demonstrates his determination to make a breakthrough.

Questions related to Xi’s remark are unanswered by Beijing. Do they include how both powers can be accommodated simultaneously? If there is a need to draw a demarcation line somewhere in the Pacific Ocean, where to draw this line? From Beijing’s perspective, it is reasonable to speculate that Taiwan should be under Beijing’s influence no matter how the line is drawn.

Chinese people know well why Taiwan must be under Beijing’s influence. Even though China has developed a world standard military power capability and its navy has frequently made a presence at different oceans, the reality is that China will continue to be locked without Taiwan. This strategic imperative aside, Xi Jinping and PLA leaders face an increasing Catch-22 dilemma that a robust military capability does not give Xi Jinping and PLA any excuse for not unifying Taiwan. In fact, the aforementioned strategic and historical rationale complement each other that unifying Taiwan will break the awkward lockdown.

For the US, China’s breakthrough may very likely create an undesired outcome. The breakthrough will allow China’s influence to extend to Western Pacific immediately formally. At the same time, the US alliance system may run the risk of collapse as US allies are not sure if the US can maintain or recover its leadership. It ultimately may have to make a critical choice between bandwagon with China and other alternatives.

Many propose to the US to reach a grand bargain with China to defuse the possible conflict. Key questions are that what grand compromise can be reached so that assurance can be made to both great powers? Taking Taiwan as an example, how Beijing can assure Washington DC if the US decide to get away with Taiwan? This may explain why there has been no response at all by the US over Xi’s remark.

This author admits that the above argument runs the risk of over-simplification over the complex environment in this region and the world. However, the reality is that once a stand-off is initiated, in this case, by Trump, which then continues under Biden, then the likelihood for returning to normative cooperation between the two great powers will be very low, and there is no way to reverse the competition.

The Economist analysis vividly points out this likely outcome. “…If the Seventh Fleet failed to turn up, China would overnight become the dominant power in Asia. America’s allies around the world would know that they could not count on it. Pax Americana would collapse.”

The Impact on the Dollar

When the Soviet Union collapsed, its currency – the Ruble – devaluated rapidly and sharply, and the Russian economy fell into hell. Coupled with its military armament-oriented manufacturing system, its civilian economy cannot recover since the empire’s collapse.

As we know, America’s economic system is entirely different from the Russian one. Nevertheless, what will happen to the dollar after the US loses its credibility as the leader in Asia and the Pacific region in the context of tough competition with China over Taiwan, an island regarded as the symbol of this credibility. One foreseeable scenario is that dollar may lose its value internationally. If that is the case, the US economy may not be sustained as the dollar would not be welcome in the world. In other words, there is a linkage between political dominance/importance and the status of the dollar.

As many have been aware, Taiwan’s TSMC – along with South Korea’s Samsung – accounts for more than 80% of the world’s advanced IC chips. This extreme high concentration has caused many concerns globally, and the need for making necessary re-arrangement of the supply chain has been widely discussed.

The action taken by the US, no doubt, was the most typical one. Requested by the US, TSMC will set up factories in Arizona. At the same time, Intel’s traditional chip leader is to expand its production in Israel under the incentives offered by the US government. IBM reportedly develops new technology to manufacture 2 NM chips to replace TSMC’s dominance in manufacturing advanced chips. The US is using its government’s entirety power to decrease its reliance on Taiwan for high-end chips.

Nevertheless, it will take years to complete the re-arrangement. Associated with this re-arrangement is the notion that the US economy has shifted to a service-oriented system. Moreover, production management has been sidelined and marginalized. It will take tremendous time and effort to reverse this trend, let alone other complex issues such as organizational culture and labour unions.

This may imply that Taiwan will continue to be critical for providing high-end chips to the US and other western end-users in several years ahead. Any military conflict in Taiwan Strait will be a disaster for the supply of the advanced chips in the world.

It is somewhat ironic that after three-decade of marginalization, China’s assertive behaviour, along with Taiwanese business’ effort of moving up along the technological ladder, brings Taiwan back to the centre of the world stage, and Taiwan’s importance has been re-examined and confirmed again. The next question is, what should be done to bolster this new appreciation to keep the US credibility intact?

Threats from Beijing are multiple: Large scale military invasion is perceptively not imminent in the short term while grey zone operations employing military pressure/intimidation, psychological harassment, a united front to divide Taiwanese society, intervention in the political process, and others is being pushed by Beijing. There is an urgent need for Taiwan to address the above-stated challenges so that Taiwan can maintain its solidarity and withstand Beijing’s growing pressures.

Along with other like-mind countries, the US can also play a significant role to help defend Taiwan. It includes improving Taiwan’s defence capability and building close economic ties with Taiwan by resuming TIFA/FTA-related arrangements. This would reduce dependence on China and help improve Taiwan’s international status to de-legitimize China’s claim.

Arthur Shuhfan Ding is a Professor Emeritus, National Chenghi University (NCCU), Taipei. He now is adjunction professors at both the NCCU and Taiwan’s National Defense University. His research focuses on China security, including China’s security policy and China’s defence, party-military relations in China, as well as China’s defence industry. He can be reached at ding@nccu.edu.tw.

This article was published as part of a special issue on Taiwan’s Security & China-US Rivalry.