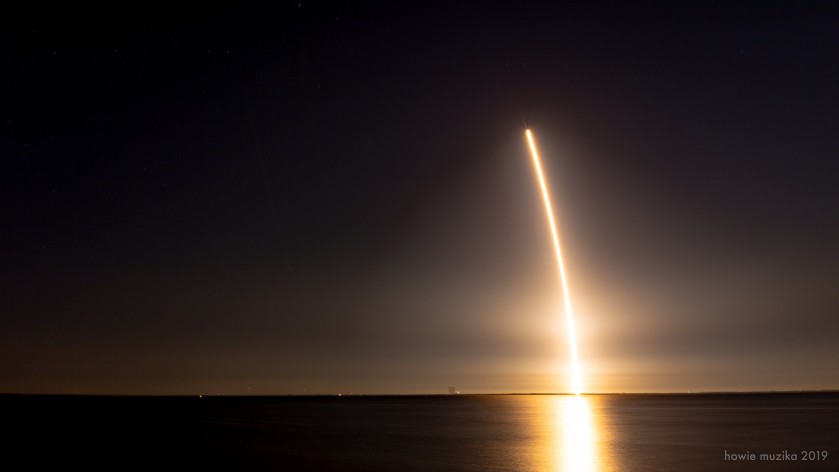 This is a modified version of the CommonWealth article that can be found here.

While Taiwan’s democratic IP-friendly government, hardware, and engineering talents give the nation a competitive advantage in the global New Space industry, complex challenges still lie ahead. Specifically, how effectively can the Tsai Administration rally a whole-of-government approach to reduce the friction of building a domestic ecosystem that encourages international new space players to stay and grow with Taiwan? Six strategic focus areas will be discussed in the following paragraphs: Infrastructure for new space industry development, Risk-tolerant funding, a.k.a the Taiwan Space Fund, Spectrum and orbital slots, Space situational awareness, Software applications not well as hardware, an education system redesigned to produce multidisciplinary talent and more women.

As it stands, Taiwan does not have a spaceport yet. Spaceports are more than just launchpads and gantries. International launch providers will need runways, fuel storage, safety systems, offices, and hangers. Taiwan’s proximity to the equator makes it a good launch site. I would love to see SpaceX, Arrianne, or even Virgin Galactic set up shop in Taiwan. Building these facilities is no small feat. Climate change and frequent powerful typhoons on waters around Taiwan add a layer of complexity.

There is also the matter of testing infrastructure. Spacecraft designers and component manufacturers need a wide range of specialised testing facilities. Mechanical and electronic components must survive the bone-rattling g-force of launch to the extreme temperature swings, the vacuum of space, and ionizing radiation of space. In addition, the next generation of satellites will have both radiofrequency and inter-satellite links using lasers. Thus, Taiwan will need facilities that can fit spacecraft or components of various sizes for testing free-space optics for inter-satellite links as well. The National Space Organisation (NSPO) may already have some of this infrastructure. Still, it must be made available to international companies who have established a presence in Taiwan on a reasonable fee basis. Ideally, the NSPO could enable the Taiwan Chip Industry to become the global leader in radiation-rated test and certification services domestically and abroad through this capacity building process.

When developing a new rocket and engine, the likelihood of failure is high but valuable. While we revel in SpaceX’s Falcon 9 reusable rocket success rate, the early years were not easy. Moreover, in 2021, SpaceX’s engineering team suffered multiple failures with their latest rocket: Starship. Failure helps eliminate long-term risk, and this is only possible with risk-tolerant funding from the Taiwan government and investors at large.

Fortunately, the Taiwan government is taking steps to build a more risk-tolerant portfolio of funding vehicles, most recently for advanced semiconductors and renewable energy. The same must be done for the New Space industry. Taiwan’s high-value supply chain and software engineering talent is well-suited for more than just launch and satellite companies, but also companies seeking to build machine learning software for imagery processing and analysis. Giving companies a runway to make mistakes and learn from them is good for Taiwan’s long-term position in the new space value chain.

Spectrum licensing and coordination is the least sexy aspect of the space industry. It is the kind of work that makes most non-satellite professionals groan in pain. Like mobile communications, preventing crippling interference means that competitors must coordinate the use of radiofrequency bands from the earth into space. It is incredibly complicated and time-consuming. Furthermore, even an assembled satellite ready for launch won’t get into orbit without a spectrum license. So, who coordinates spectrum? The International Telecommunication Union under the UN. Aye, there’s the rub. The UN doesn’t recognise Taiwan.

If Taiwan wants to launch a domestic constellation of satellites in space, Taiwan needs to rely on third parties to handle licensing. Therefore, the normalisation of that licensing and coordination process is critical in ensuring that Taiwan’s satellites are quickly approved and licensed.

If you think air traffic control is complex, consider the millions of pieces of debris that orbit the earth after a half-century of rocket launches. Getting to space is hard. Many things need to go right: good weather, perfect rocket performance, and most important of all: avoiding debris clouds. As the number of launches and satellites increases, so will the volume of space debris. What goes up doesn’t always go down. A speck of paint travelling at orbital velocities of 7.5 km/s can easily damage a spacecraft or equipment. Consequently, launch windows become even more precious.

To become a booming space hub, Taiwan will need to build radar facilities and connect them with similar space situation awareness facilities worldwide. In addition, there is a side benefit. Building Taiwan space situational awareness is helpful for the domestic space program and Taiwan’s global partners.

While rockets are exciting, the real money for Taiwan is in satellite software applications and data analysis. This value chain segment generates the highest margins and is the most scalable. Geospatial software, like ENVI or ArcGIS, is costly. Basic seat licenses cost thousands to tens of thousands of dollars per year, and specialised analytical add-ons cost even more. The cost of analytical software creates a speed limit to the use of geospatial data in other industries. Taiwan can guarantee its place in the future by ensuring geospatial data and software is affordable for the average person to use, whether it is a mango farmer in Chiayi or a petrochemical analyst in Mumbai.

The future requires every New Space worker to master a wide range of disciplines. For example, transforming Taiwan into an international space hub will take legions of multidisciplinary engineers and scientists to build software systems that fly spacecraft to the algorithms that interpret data collected. This effort requires NSPO and its parent, the Ministry of Science and Technology, to develop programs to seed young budding minds, internships, and fund postdoctoral research. Alternative military service could also include NSPO affiliated research programs with foreign companies.

Furthermore, the Tsai administration can encourage foreign companies to engage with the NSPO and Taiwan universities to develop programs to make data more freely available. The European Space Agency has brilliantly partnered with corporations like Maxar and Iceye to open source their archive data or make it available to academia.

While many will argue that investing in building such resources will only result in the exodus of domestic talent, I remind critics that the pandemic has changed the future of remote work. Taiwanese talent for the new space industry can work for a foreign company without leaving the comfort of Taiwan. Taiwan is a supremely livable country where the time zone difference is an advantage, not a liability.

Lastly and most importantly, if Taiwan is to succeed in transforming itself into a commercial space power in the near term, it must ensure more women are represented at all levels of the national space program. Taiwan cannot afford “hidden figures” but role models that other women can aspire to and be mentored by. Diversity in leadership will always result in diversity in thought and innovation.

Taiwan possesses the raw critical elements to turn the New Space industry into a new GDP pillar. Moreover, by focusing on these strategic focus areas, Taiwan can entice international players to establish and build their presence in Taiwan. The change in leadership at the NSPO is one of many welcomed steps necessary to build Taiwan’s domestic new space industry. However, how effectively the Tsai’s and subsequent administrations can drive a whole-of-government transformation will largely dictate the speed of that transformation.

Jason Wang is a leading cross-border practitioner at the intersection of public policy, telecommunications, and the new space industry. He is a Silicon Valley and DC veteran with deep experience in satellite technologies, mobile communications, and information security across four continents and Taiwan.

This article was published as part of a special issue on Science and Technology.