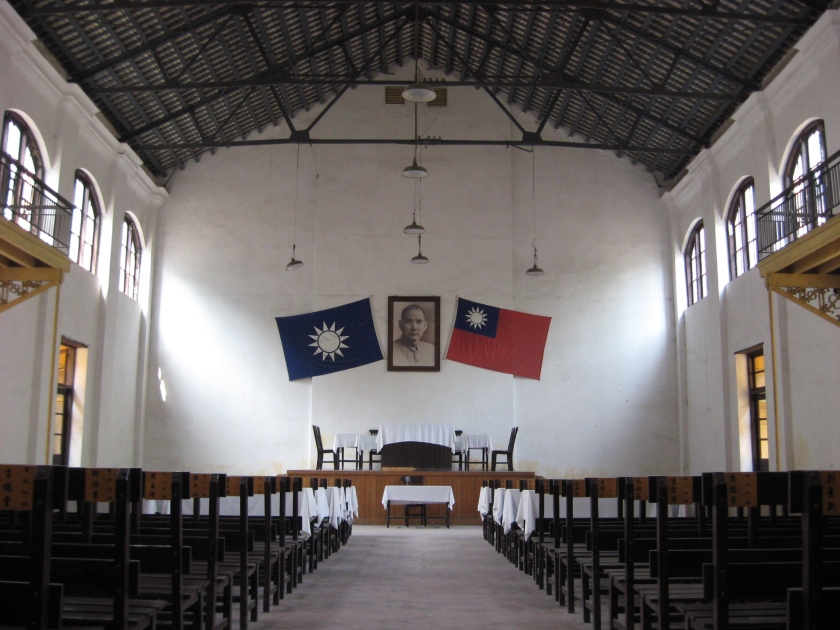 Written by Michael A. Turton.

In this piece, I will explain how the recalls of Freddy Lim and Chen Po-wei were in part driven by the deep ethnic chauvinism of the mainlanders who make up the core of the Kuomintang (KMT) and its rightist splinter parties. Both recalls show identical patterns of right-wing attacks from politicians who promote China and the superiority of Chinese culture on progressive Taiwanese activists known for strong pro-independence political stances and the promotion of Taiwan and its cultures, including the use of the Taiwanese language. In that way, they strongly resemble the White right-wing backlash in the US against criticism of that nation’s longstanding racist social structures. Direct causation may be hard to ascribe, but the pattern is clear.

The KMT ran a one-party colonial state in Taiwan from 1945, more or less until 1993, when the national security law that was martial law in all but name ceased to have an effect. But, as in most modern colonial states, the ruling elites of the KMT regarded themselves as ethnically and culturally superior to the ruled, attitudes that remain commonplace among “mainlanders,” the appellation for the Chinese who came over in the post-1945 period. This abiding ethnic chauvinism has long coloured relations between the mainlanders (the post-1945 Chinese) and the various people here before the KMT.

An interesting feature of this ethnic chauvinism is how it hides in plain sight. For example, recent discussions of New Taipei City Mayor Hou You-yi’s presidential prospects in 2024 nearly always demonstrate the widely shared perception that his Taiwaneseness makes it difficult for him to secure the KMT’s nomination for the presidential candidate in 2024. The discussions of Hou’s prospects highlight how the KMT’s ethnic chauvinism is always tacitly assumed rather than held up to the light for examination even though it continues to influence local politics.

Perhaps the most revealing recent example of these attitudes was the notorious case of Kuo Kuan-ying, the former director of the information division at the Taiwan representative office in Toronto. In 2009 Kuo came under fire for describing himself with the phrase “we are high-class mainlanders.” This ignited a firestorm of criticism, and it came to light that Kuo had been writing articles online under the name “范蘭欽” (pan-blue respectable) condemning Taiwanese as taibazi (台巴子, “Taiwanese rednecks”) and wokou (倭寇, “Japanese pirates”). He had also referred to Taiwan as a “ghost island” and stated that martial law had been good for Taiwan.

The KMT’s online media organ, while claiming that Kuo’s remarks had been taken out of context, nevertheless was forced to concede that there is indeed a longstanding problem: “…language such as “high-class Mainlanders” also reflects the sense of superiority some Mainlanders feel toward locals. Such tangible and intangible forms of prejudice have hurt the feelings of locals and done considerable harm to their self-esteem.”

Many readers will undoubtedly recall Ma Ying-jeou’s “long stay,” touring areas in the south and outside of Taipei in 2007 before the 2008 presidential election. The pan-Blue papers gushed about his man-of-the-people trip. Still, the phrase “long stay” simply emphasized Blue attitudes towards the rest of Taiwan: the Taiwanese parts are foreign to them (imagine his counterpart for Democratic Progressive Party (DPP), Frank Hsieh, being described as engaging in a Long Stay). Once again, ethnic chauvinism was implied without being made explicit.

The KMT’s ethnic chauvinism often leaks over into official policy. For example, in July of 2010, the administration of KMT President Ma Ying-jeou was promoting the Economic Cooperation Framework Agreement (ECFA) with a comic strip presenting locals as ethnic stereotypes: “Yi-ge (一哥), a middle-aged ethnic Taiwanese man who speaks ‘Taiwanese Mandarin’ and opposes the ECFA, and Fa-sao (發嫂), a sharp-minded Hakka career woman with a dashing educational background who supports the deal.” The widely condemned strip thus defined opposition to the ECFA as a position held by local Taiwanese bumpkins, who could – however – transcend their class status by supporting the ECFA.

These attitudes likely played a role in the selection of two recent recall campaigns, those against Taiwan Statebuilding Party (TSP) legislator Chen Po-wei and Freddie Lim. Both legislators are strongly linked with the idea of Taiwaneseness. Both are fiercely pro-independence. As its name suggests, Chen’s party takes a bold pro-independence stance, while Lim even uses the Taiwanese version of his name. Both give interviews in the language, well aware that the use of Taiwanese is a form of resistance to KMT cultural and political oppression. Lim, a globally-known metal rock star with the group Chthonic, composes songs in Taiwanese celebrating and valorizing Taiwan and its cultures. For example, his albums sport titles like Seediq Balai and Takasago Army.

Interestingly, the New Party, a splinter party composed largely of die-hard, far right, more-KMT-than-the-KMT mainlanders, initiated the recall against Chen Po-wei. This suggests that he was targeted not only because of his youth and political vulnerability in a longtime pro-KMT fiefdom, but because he had transgressed against the New Party’s purity regulations – his fierce advocacy of Taiwaneseness had triggered a response from the most fiercely pro-China party. In its announcement of the recall motion, New Party spokesman Wang Ping-chung said “the phrases, “kong kiang” (恐鏘), which in Hoklo (also known as Taiwanese) means “touched in the head,” and “pu long gong” (噗嚨共), which means “foolish” could describe Chen’s performance.” The use of Taiwanese language to criticize Chen signalled his offences against New Party ethnic sensibilities.

Similarly, Lim represented Wanhua, an older part of Taipei, often perceived as more “Taiwanese,” with deep links to the democracy movement. For example, at Longshan Temple in Wanhua in 1986, Chiang Peng-chien (the first DPP Chairman) and others came out to protest martial law, an incident that led to the founding of the DPP. Lim, a strong proponent of Taiwan democracy, independence, and human rights, is heir to this tradition.

Lim’s musical life has long been linked to Taiwaneseness. Since 2000, Lim has run a concert around February 28th, the anniversary of the brutal massacre of Taiwanese by the KMT government, which was originally named Say No to China, then renamed to Say Yes to Taiwan, then The Spirit of Taiwan. Along with Emily Wu, Lim founded Metalhead Politics, a podcast aimed at raising Taiwan’s profile. A dedicated human rights campaigner, Lim also led the Taiwan branch of Amnesty International from 2010 to 2014.

As with the Chen recall, the Lim recall was a product of rightist action. The recall against Lim was spearheaded by Taipei City Councillor Chung Hsiao-ping, who was also using the recall motion to raise his profile for a Taipei Mayoral run. In the 2018 KMT mayoral primary, Chung called for a reinvigoration of Chinese culture in Taiwan and an end to “de-Sinicization” (KMT code for the removal of markers of KMT coloniality in Taiwan), both rightist positions. He formally submitted the petition for Lim’s recall. The big KMT rally right before the election was headlined by far-right media personality and potential KMT presidential candidate Jaw Shaw-kong, a former New Party stalwart who recently rejoined the KMT, who has also complained of “de-Sinicization” in Taiwan.

Of course, ethnic chauvinism is not the only reason for the two recalls but given how rightist politicians spearheaded the recalls, it obviously played a role. Chen and Lim’s energetic, intelligent, self-aware Taiwaneseness was obviously provoking for a colonial elite whose ideological heart contains a powerful streak of racism and ethnic chauvinism directed at other ethnicities in Taiwan. Hopefully, discussions of Taiwan politics will shed more light on this key shaper of KMT attitudes toward Taiwan, and Taiwanese attitudes toward the KMT, especially among the young.

Michael Turton writes on Taiwan politics and culture from his home in Taichung, Taiwan.