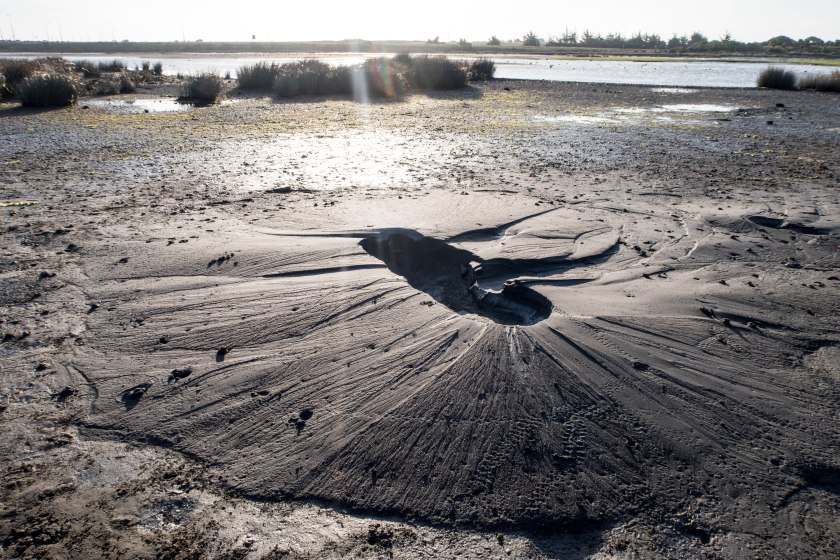 In Taiwan, the training program for doctors specialising in psychiatry requires the novice practitioner to master the methods and techniques of bio-psychiatry, diagnostic criteria, standardised interview techniques, pathology, and various planning. This ranges from prescribing medications, arranging inpatient care – and community rehabilitation – to occupational reintegration, and outpatient follow-up. Furthermore, these training programs specify that psychiatrists should continuously learn and improve their theoretical and practical skills in the clinic.

Nevertheless, their specification is biased, and attention is given exclusively to certain treatment orientations, such as supportive psychotherapy, mindfulness-based cognitive behaviour therapy, and solution-focused therapy. These schools of psychotherapy aim to help the patients to maintain a positive and functional self, keeping the patient’s emotional intelligence in check, enhancing the proficiency of the patient’s coping and adaptive mechanism, providing group therapy within institutions, and integrating the family’s systemic intervention into treatment.

For any practitioner in training to follow their interests in psychoanalysis, one must first endure the many crusts of mandatory clinical placements and heavily didactic courses while unearthing all that remains from everyday exhaustion. They also have to pay extra money out of their pocket to participate in other programs, such as object-relations, ego-psychology, mentalisation, psychodynamic or insight-oriented psychotherapy based on attachment theory, through which one undergoes theoretical teaching, supervision, and personal psychoanalysis.

On the other side of this dense pedagogical crust, teaching hospitals and national health insurance policies do not support the practice of psychoanalysis; instead, they favour evidence-based treatments with sufficient control over randomisation and with therapeutic values that are quantifiable and scalable. For example, insurance might cover the fees for consultation and brief physical and psychological assessments. Nevertheless, this quantifiable orientation earns its own crust by virtue of being measurable. It does this by cutting budgets, covering only sessions that are considered supportive and specialised in treating certain diagnoses. As a result, practitioners are discouraged from conducting long-term psychotherapy because of its lack of immediate effectiveness within the short duration covered by insurance.

People who want to start psychotherapy with insurance coverage spend a lot of time waiting just for an appointment; meanwhile, some might make do with the short-term counselling service provided by clinical psychologists at public hospitals, nonetheless, all within the same healthcare system that has long been under-resourced. Even for those who wish to pay out of pocket, psychoanalytic practices had long been replaced with  Jungian, Adlerian, or post-modern psychotherapies that advocate depathologisation and destigmatisation; psychoanalysis is no longer, if never having been, a competitive commodity, with no symbolic appeal in the market.

Drifting across the ocean from continental Europe, psychoanalysis faces great difficulties in setting foot and taking roots in this island country, where it is still far from occupying the position of a spokesperson in the psychiatric community. There stands yet the discourse of empirical science, claiming a novel medical authority in the discourse of psychiatry. However, the substratum of humanities and arts in psychoanalysis is a treasure trove of knowledge and history. Yet, its different skin invites numerous suspicions of its efficacy, testability, and falsifiability.

Furthermore, the Chinese translation of The Standard Edition of the Complete Psychological Works of Sigmund Freud in English was comparably inadequate among other oriental languages like Japanese and Korean. Less than half of the texts published in the Complete Works of Sigmund Freud in German can be read in Chinese, even less in traditional Chinese. The technical terminology of psychoanalysis in Chinese still contains many Japanese-made Chinese vocabularies (Wasei-kango). These technical terms, comprised mostly of Wasei-kango, bear on psychoanalysis a history of rigid and old compromises between the two cultures. Among all this silence and noise, there is a lack of common understanding within the Chinese languages regarding how to talk about some fundamental clinical concepts, without which a fanatic dependency on the original text may emerge together with undesired, wild misunderstandings.

The academic and clinical use of psychoanalysis is utilitarian and fetishised, rather than operating on repressive mechanisms or diligent sublimation work, and this marginalised phenomenon is also true in the cultural realm. From the Modern Poetry Polemic in the 1970s, followed by the debate on Taiwanese nativist literature in the 1980s, to the rise of different voices and opinions made on the matter of national identity and empty subjects, to the advocacy of post-colonial theories and feminism, there is something not unlike the alternating outbursts of depression and mania expressed as symptoms by the unconscious of a patient in the clinic. Indeed, every pace along the history of Taiwan exposes the trembling of this country along the axis of self and other, sameness and difference. Moreover, this history, resembling the theory of prostheses in Lacanian psychoanalysis, is nonetheless accompanied by an unmediated acceptance of a post-earthquake. And as we know, a ruined reality either precedes or is followed by resistance against the gravitation of desire.

The criticism of clinical psychoanalysis is based on its comic portrayal of concepts such as the unconscious, pansexualism, Oedipus paternity, phallocentrism, and more. It is a critique arguing that identification with psychoanalysis is founded in generational resistance to extend symbolic identity from family to country. This critique thus falls back to the moulding of a self-image that is inflating, dissolving, and collapsing into anxiety. However, in all this, violence and envy emerge from an ‘Other’ scene as experienced in the foreign influence of the United States and Japan on Taiwan. And this self resists or envies in response to this Other’s intervention. This indeterminacy is not unlike the choice a subject makes between the fantastical enigma of the (m) other’s desire and the resignation gained from the name of the father.

To not transform this choice into an act is simultaneously a choice to turn it away, to draw it inward, like a leap of false faith that ultimately traps one within an isolated and enclosed mode of enjoyment on the side of the other that doesn’t exist. Instead of encountering and confronting real impossibility, a morbid withdrawal can be traced along the lines of many criticisms against what is considered sexual in psychoanalytic theories. To be sure, this applies to artworks, and literature, with arguments that are no less pathological, escapist, pale, decrepit, and corrupted, sharing the same nihilistic sentiment with those who are no less trapped in class consciousness, generational conflicts, and intellectual powerlessness. This altogether generates a discourse that is charged by rhetoric that rationalises what is pathological, like inversion, incest, perversion, hedonism, alienation, exile, and rootlessness. It is a rhetoric that attempts to march the country toward the direction of a modern ideal first world. Yet, this accomplishment has seemed to be endlessly deferred and repetitively spits out the heterogeneity it fails to assimilate. So, it returns to the traumatic place gravitated by the mother’s body, enclosed itself again in the endless pain and joy of sadomasochism with an inseparable other. Is this empty subject stubborn for nothing? Or is it merely a static continuum, recognising that symptoms, chance, and words are never what this subject lacks?

Suppose we are to return to Freud, returning to the unconscious, the unconscious that is structured like a language, for the psychoanalyst who practices psychoanalysis. In that case, they must listen to the polyphonies orchestrated by the many languages in Taiwan: Chinese, Hokkien, Hakka, and even more languages spoken by indigenous Taiwanese and Austronesian ethnicities. Would this listening resemble what Lacan said about the polymorphous pronunciations and semantics of the Japanese language, whence the other’s scene becomes incomprehensible?

The Chinese language is linguistically an isolating language, rich in gerunds that couple nouns and verbs; grammatically, the object precedes the subject and is followed by modifiers; without the necessity of propositions, run-on sentences flow like a river current. For nouns, there’s no distinction between gender and numbers, and neither do verbs hold a distinction between grammatical persons and tenses. Moreover, words differ not only by accent but also by tone and intonation in speech. The Chinese language, with its differential principle, does not merely allow a slip of the tongue to be captured, a misunderstanding or a sound to be contained, a sentence or a session to be punctuated, scanding from its intended meaning, context, and duration; it also adds colours of significance to the crafting of each unconscious in the clinic. Considering that the meaning of each Chinese character is overdetermined by the pictographic and ideographic elements a word hosts and divides, what kind of pattern would be found interwoven in the symbolic formation of unconsciousness in the interpretations of dreams and symptoms?

The clinical practice of psychoanalysis in Taiwan seems to operate as an exception to Freud’s theory of the Oedipus complex. With its discovery of a Mother that precedes the function of the symbolic structure, the intergenerational differences between mothers and children, and the strengthening of the dimensions for reproduction and cultural transmission, we ask: is the libidinal bond between the child and the mother being repressed or diminished?

The Lacanian Practice & Promotion Society (LPPS) in Taiwan has been founded for three years, hosting more and more members—regardless of their occupations and national identities—who are willing to take up the courage to move on from narcissistic and imaginary imitation, thus, returning to the position of the analyst and of the analyst’s pure desire oriented by an enthusiasm towards the analytic situation in the clinic, without reserve. The unconscious, that is, the language of the other, nurtures an intimacy in the analysand’s slips of tongue, dreams, symptoms, and transference. This intimacy with what is clinical has been gradually transforming what was once symptomatically indeterminable to a firm desire to transmit the practice of psychoanalysis. Hereby we would like to invite any of our predecessors, colleagues, or those who have not encountered Lacanian psychoanalysis to join us and continue the engagement and transmission of psychoanalysis in Taiwan.

The Chinese version can be found here

Hsiang-Yuan Yu is a psychiatrist at Mind Spa Clinic in Tainan, Taiwan. In addition to his work in Lacanian psychoanalysis, supervisory and teaching activities, and currently serving as the president of the Lacanian Practice & Promotion Society (LPPS) in Taiwan, he also writes poetry and fiction. His current research focuses on the post-traumatic subject, Chinese language, and the concept of the letter in Lacanian psychoanalysis, and the intertwining of mind-body disorders.