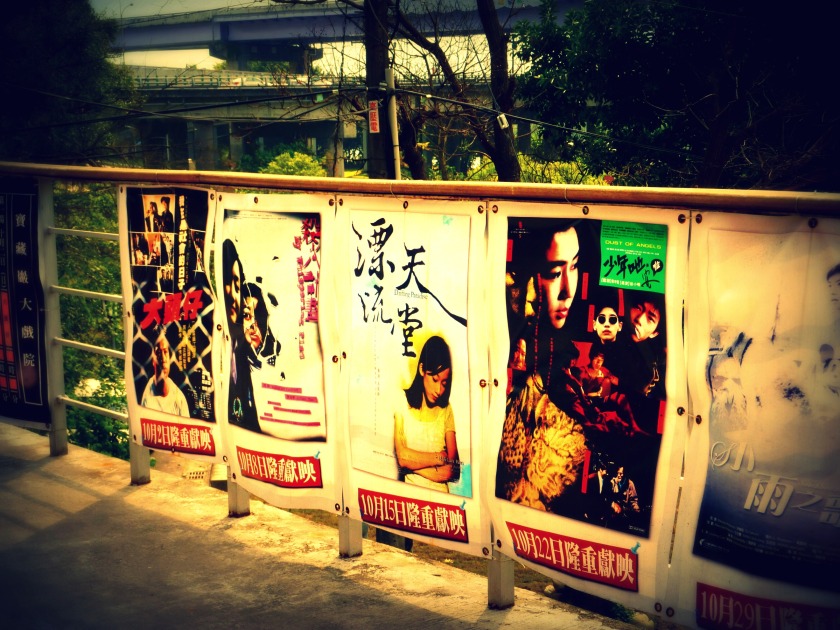 Image credit: untitled by it is elisa/Flickr, license CC BY-NC-ND 2.0

In recent years most representatives of Taiwanese cinema to gain recognition at the international film festivals have come from Chinese diasporas in Southeast Asia. Directors like Tsai Ming-liang (蔡明亮), Wi Ding Ho (何蔚庭) and the increasingly celebrated Midi Z (趙德胤) migrated to Taiwan for education and to pursue a career. Now they are featured at events co-organised by Taiwanese film institutions and representing Taiwanese cinema at film festivals, influencing the way Taiwan is seen internationally.

This is one example of the global phenomenon of transnational cinema. Here Taiwanese cinema is characterised by artistic mindsets and film poetics shown through on-screen storytelling influenced by cross-cultural aesthetics. These aesthetics focus on the representation of migration, exilic or diasporic experiences, and are themselves encompassed in the movement of labour, modes of co-production, international distribution, exhibition and reception, and the consequences of cross-national capital exchanges. Through analysing film narratives, director backgrounds as well as modes of production and exhibition, it is possible to glimpse the complexity of the interplay between national cinema and transnational practices. Such interplay continues to transform film histories, undermining exclusionary monolithic national narratives in favour of more multifaceted and personal accounts of hybridity and diversity.

Southeast Asian Chinese diaspora filmmakers working within contemporary Taiwan cinema are linked to transnationals flow of people and capital. They also contribute to repositioning Taiwan on the map of international relations and renegotiating the island’s particularly unstable national identity. For these diaspora members, migration to Taiwan offers spatial and social mobility, especially since the Ministry of Education provides special subsidies for Chinese descendants (huayi) who are willing to study and settle in Taiwan. Despite a recent economic downturn, Taiwan still remains one of the more prosperous states in the region. In the cultural industries sector, Taiwan’s liberal media policies enable aspiring filmmakers to present stories in a way which would be censored or impossible to produce in their home countries.

Filmmaker Midi Z’s path to the red carpet was both complicated and unexpected. He came from Myanmar’s working class, born into a family of street food vendors in border city of Lashio in the state of Shan. Due to the ambiguous status of Chinese minorities in Myanmar, where they are not listed as an official ethnic group, it is very difficult for ethnic Chinese to obtain a travel document. After Midi Z was granted a scholarship for secondary schooling in Taiwan, his family spent about USD10,000 to bribe the immigration officials and additional middlemen necessary to obtain a passport. The document was valid only for one year, so it took Midi Z ten years to see his family again. In 2011 Midi Z changed his citizenship from Burmese to Taiwanese, giving him both more freedom of movement and more opportunities to apply for government subsidies from the Ministry of Culture.

Midi Z’s latest work, Nina Wu (灼人秘密), premiered at this year’s prestigious Cannes Film Festival. His 2014 film Ice Poison (冰毒) is the last part of the Homecoming Trilogy, preceded by Return to Burma (2011) and Poor Folk (2012). For Midi Z, filmmaking is closely connected to his hometown and family. From the beginning of his career when he worked filming weddings to send money back home, through his return to Myanmar and completing his debut feature, up to his current status of a celebrated film auteur, his motivation was not grounded in cinephilia but pragmatism.

Midi Z’s debut Homecoming Trilogy was stylistically determined by the lack of official state permission to shoot in Myanmar. The series was filmed as realist with references to documentary forms and revolves around the political, economic, cultural, ethnic problems of life in Myanmar. The filmmaker’s use of guerrilla techniques stylistically shapes the work and adds layers of possible interpretations by focusing on state control and surveillance. Midi Z’s films attracted much attention at international film festivals due to his instantly recognisable auteur style and because titles from Myanmar directed by local filmmakers are especially rare. The Homecoming Trilogy was for many audiences a rare chance to see stories from an unfamiliar country.

Ice Poison was directed just three years after Midi Z’s debut and showcased the young filmmaker’s developing talent. This tale of a hopeless young scooter taxi driver living in the Myanmar borderlands and caught up in drug trafficking was chosen from all the 2014 films produced within Taiwan film industry as the Taiwanese entry for Best Foreign Language Film at the 87th Academy Awards. Ice Poison won over Doze Niu’s Paradise in Service, Chiang Chin-lin’s Cafe. Waiting. Love and Chang Jung-chi’s Partners in Crime, all narratives either deeply rooted in Taiwan’s history or reflecting contemporary social phenomena and daily life on the island.

This unusual choice significantly influenced Midi Z’s career. It gave him the financial freedom to work on more budget-consuming genres of film and to present stories based in Taiwan, such as in Nina Wu, which was shot in the mesmerising interior of the historic Grand Hotel in Taipei. There are yet more talented Southeast Asian Chinese diaspora filmmakers working in contemporary Taiwan cinema and bringing forth their own complex heritage, stories and new ideas to work with film art. They represent hope for revival and new directions in Taiwan cinema. Through their work they contribute to projecting the image of Taiwan as a multiethnic and multicultural state, the full potential of which is yet to be discovered.

Maja Korbecka is film studies researcher focusing on Sinophone cinemas and Southeast Asian film histories. She is collaborating with Easternkicks, EKRANy magazine and Five Flavours Asian Film Festival in Warsaw. She is a PhD candidate in the Graduate School of East Asian Studies at Freie Universität Berlin. This article is part of the special issue for the EATS Taiwan Studies Dissertation Awards.