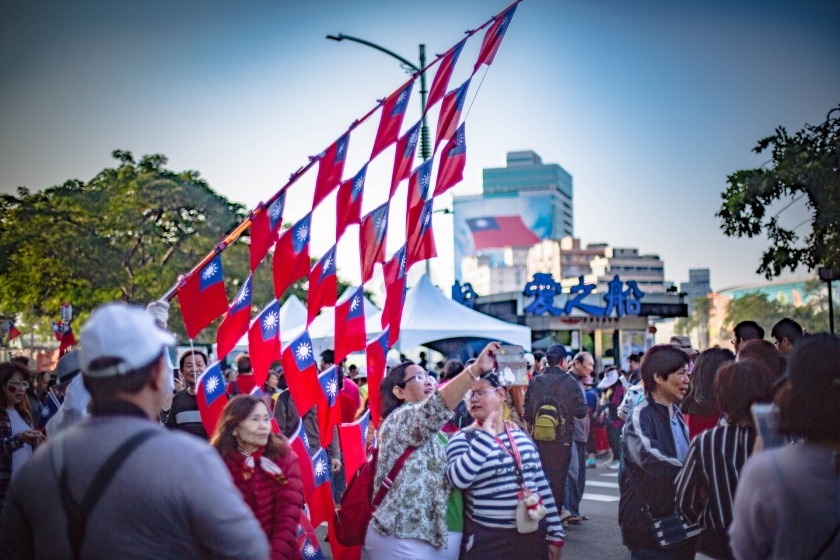 This article is republished from Taiwan Sentinel. Read the original article.

Within a matter of months, Han the savior has turned into a liability, and a bit of an embarrassment, for the KMT. What happens in the next weeks and months is anyone’s guess, but it is likely that Han and his supporters might not like what the blue camp has in store for them.

He came from nowhere and seized the southern port city of Kaohsiung by storm, defeating his seasoned opponent from the ruling party and, in so doing, reenergizing a party that still hadn’t regained its footing following its defeats in the 2014 and 2016 elections. Riding that popular wave, the newly installed mayor then defied other odds, beating other, more established politicians in the blue camp and securing the party’s nomination for the presidential elections next January. The man seemed unstoppable: deified by his supporters, elevated to almost mythical status by the media, of and for the people in his invariably sky-blue shirt.

And then, little by little, things became unhinged until the wheels came off. The antics seemed less and less appealing, and the lies and inconsistencies began to catch up with him. Consistently erratic, late at meetings, self-contradicting, invariably unprepared, whatever this would-be Midas touched didn’t turn to gold as he — or the spin doctors around him — had promised.

Until Daniel Han Kuo-yu became not only the object of ridicule among his detractors in the green camp, but, increasingly, a figure of contempt among the more establishment members of the opposition Kuomintang (KMT). They could accept the anti-politician’s rise helping reinvigorate the party by beating the odds in Kaohsiung. And for a while, many party members hopped onto the Han train because he had, after all, won the party’s nomination. Many were hedging their bets, wary of publicly stating their reservations lest, in the odd chance that he got elected in January, that criticism cost them the chance of securing a position in a future administration. (There were echoes here of the infamous letter signed by Republicans in the lead-up to the 2016 elections in the U.S., whose signatories have struggled to get jobs in the Trump administration.) The few who did quickly became the targets, as did their family members, of vicious attacks by Han’s supporters online and in mainstream media.

But behind this facade of support, skepticism and unease have been brewing. For a party that prides itself as highly cultured, well-manicured, professional and refined, Han, floodwater-drinking, tree-climbing, late-riser, spasmodic, caught in one lie too many, perhaps a little too taken with the liquid spirits and somewhat self-destructive, was getting a bit much for them. Hou You-yi, the KMT mayor of New Taipei City, has barely concealed his contempt for Han, while Taichung Mayor Lu Shiow-yen, also of the KMT, has hinted that she is “too busy” to campaign for him in the presidential election. Han’s and his supporters’ offensive treatment of Wang Jin-pyng, a seasoned KMT politician from the “Taiwanese” faction within the KMT during and after last November’s elections, already contributed to the alienation. And Wang inevitably pushed back, in his own smiling ways, by involving himself with Taipei Mayor Ko Wen-je’s new party, the Taiwanese People’s Party (TPP), and its alliance with the billionaire Terry Gou, whom Han had prevailed upon in the KMT’s primary. Gou, who is expected to enter the race as an independent, would likely take a substantial number of votes away from Han, especially among “lighter blue” supporters and the mainstream elite that, it is now increasingly evident, has little time for the upstart and inconsistent Han. (Wang’s role in all this is primarily to help cultivate votes for the legislative election, which will be held concurrently.)

Behind this facade of support, skepticism and unease have been brewing.

With the controversies piling up and his support sagging, there has even been talk recently within the KMT about a potential move to switch Han out, as the party did at the eleventh-hour in the 2016 presidential election when it removed its initial candidate, Hung Hsiu-chu, and replaced her with Eric Chu, who generously agreed to be the party’s sacrificial lamb in an election he knew he could not win. (Chu was in Washington, D.C., last week trying to reassure the community there that a KMT administration would not get too close to China, and presumably to assuage fears there about the unpredictable, and unknown to them, Han. The KMT candidate has also indicated he intends to visit the U.S. sometime in the fall.) The Kaohsiung mayor didn’t help his case with the Americans this week, with a speech at the American Chamber of Commerce in Taipei, after which a number of participants expressed the assessment, anonymously, that Han “didn’t seem prepared.”

The KMT is therefore in a bit of a bind. Surely it would like to avoid having to remove its candidate for a second presidential election in a row, as this would not reflect well upon the party. Its members are also likely aware that his removal would spark off a messy blow-up among Han’s supporters, who have shown no compunction in intimidating and threatening his critics, and cost them votes among the non-elite supporters of the party who have fueled Han’s populist wave. As the KMT’s elite inclinations clash with the populist forces that have been unleashed by Han, things could get quite messy.

An alternative to elbowing Han out would be for the blue camp to quietly shift its support toward Gou, the independent candidate, and there are indications that this is already happening. Doing so, however, would risk splitting the blue camp and increase the likelihood that Tsai Ing-wen of the Democratic Progressive Party (DPP) will get re-elected. Replacing Han with another candidate would also be possible: and if such a move were made before Gou has registered his candidacy as an independent, he could then be persuaded to become the KMT candidate, his intention all along. This, in turn, could derail Ko’s current plans and perhaps force him to join the presidential race as well (a Ko candidacy would ostensibly disadvantage President Tsai by drawing votes away from her among young voters). Dropping Han would also knock out factions and freemason societies, such as the Huang Fu-hsing (military veterans) and Hongmen (an offshoot of the triad-linked Society of the Heaven and the Earth, or Tiandihui), that support his candidacy. (Former premier Simon Chang, who heads Han’s campaign team, is associated with Hongmen.) Chang An-le’s pro-Beijing party, the China Unification Promotion Party (CUPP), has also openly supported the Han candidacy.

All of this is a bit of an embarrassment for the mainstream KMT. It finds itself in this unenviable position yet again, mere months before the election, largely due to two factors: (1) its failure since 2016 to cultivate and elevate new politicians who can appeal to the population, and as a result allowed itself to be helplessly hijacked by the Han wave; and (2) the party’s candidate-selection mechanism, which (like the DPP’s) has ceded power of selection to the public rather than keep this in-house, thus exposing the party to populist forces outside its control.

More and more, there are signs that the mainstream KMT is trying to reassert control over its destiny. And that core KMT, as history has shown, can be ruthless. Within a matter of months, Han the savior has turned into a liability, and a bit of an embarrassment, for the party. What happens in the next weeks and months is anyone’s guess, but it is easy to conclude that Han and his supporters might not like what the blue camp has in store for them.