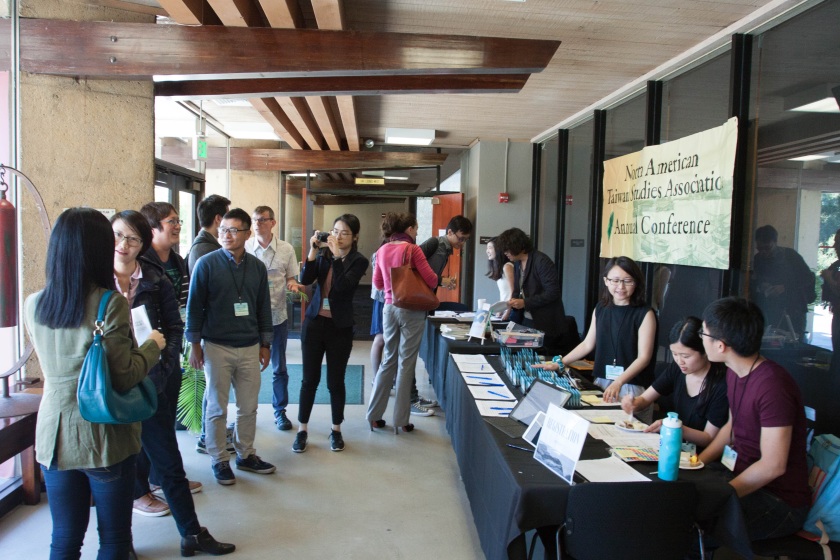 The North American Taiwan Studies Association (NATSA) is an academic organisation and registered American 501(c)(3) nonprofit established in 1994. The NATSA annual conferences are the largest academic events on Taiwan Studies in North America, which not only provide scholars and students of Taiwan Studies a regular forum to meet and exchange intellectual ideas, but also allow researchers on East-Asia and beyond to receive dynamic feedback and broaden their academic horizons.

NATSA stands strong (going into its 26th annual conference at the time of writing) representing Taiwan studies, a critical yet rather marginalised field in the American academia. This legacy is particularly impressive given that its program planning is operated mainly by doctoral students. An average of ten graduate students from a diverse range of studies are recruited as program commissioners each year. They, along with one to two program directors, are responsible for essentially every aspect of the conference program, from writing the call for papers, inviting keynote speakers, reviewing proposals (in addition to external reviewers), to moderating panels during the conference and the subsequent report writing. Such makeup gives NATSA a dynamic momentum and also facilitates trans-disciplinary representations at our annual conferences. As the articles in this special issue shows, our presentations cover a wide range of topics. Some of the most represented fields in NATSA include history, political science, sociology, East Asian studies, literature, and cultural studies. Nonetheless, NATSA has in recent years emphasised previously less-represented fields such as art history, philosophy, education, and law. This diversity of submissions is largely accomplished by recruiting an intellectually diverse program team.

The NATSA annual conference is attended by approximately 120 scholars every year, with approximately 20% being faculty level and the remaining majority being graduate students. The themes of previous conferences have been highly diverse.

Since NATSA was professionalised in 2015, its capacity has been increased beyond the annual conference through the initiation of additional projects. The NATSA professional development series commenced in August, 2017 in the form of online webinars. This webinar series is currently transitioning to academic podcasts. Regardless of format, the objective of the series remains delivering transferable skills to navigate academia, especially for scholars doing Taiwan studies. Seven webinars have been hosted by far.

NATSA also initiated the Taiwan Syllabus Project in August, 2017 with the objective to identify and archive course syllabus in the US and Canada that are related to Taiwan. This project aims to not only understand the current landscape of how Taiwan is taught in the U.S and Canadian academia, but also to provide concrete resources for scholars who are interested in contributing to the field of Taiwan Studies through teaching. At the time of writing, more than 120 courses are identified, more than 110 of which syllabi are collected. See the project website for more information, including directions for downloading some of the syllabi that are made available per instructors’ permission.

The Taiwan Experts List was recently initiated to be housed under NATSA as a handy resources for journalists, policy workers, fellow scholars, think tanks, etc to better understand the island. It is also the aim that such easy availability of appropriate expertise will boost the visibility of Taiwan beyond cross-Strait issues and that under-reported topics will gain more traction in English-language reporting.

Lastly and most recently, NATSA established the Taiwan Workshop Grant to support working meetings to be hosted in the US or Canada that focus on discussing topical issues in Taiwan studies. The goal of this fund is to promote scholarly discussion on Taiwan studies at the regional level, which speaks to NATSA’s strategic plan to expand its capacity.

I conclude this post and welcome the articles of this collaboration between Taiwan Insight and NATSA by highlighting again that NATSA is a vibrant organization gaining increasing recognition and momentum. Scholars interested in NATSA can always feel free to contact the author.

Diane Hsieh is the president for NATSA 2019-20 and the coordinator for the Taiwan Syllabus Project. Diane was also previously involved with NATSA as program commissioner (2017-18) and coordinator for the Chen Cheng-po Art Exhibition under NATSA Wisconsin Chapter. Diane is currently a doctoral student at the University of California-Irvine, School of Education. This paper is part of the North American Taiwan Studies Association (NATSA) 2019 conference special issue.