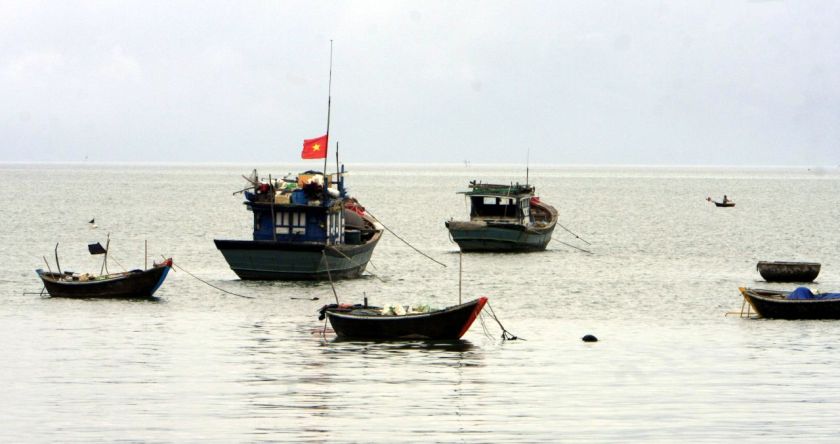 East Asia’s Cold War history is most noteworthy in its borderline politics. After World War II, the Chinese and Korean civil wars in the late 1940s split both China and Korea into separate regimes. While China was separated into the Republic of China (ROC, Taiwan) and the People’s Republic of China (PRC), Korea was separated into the Democratic People’s Republic of Korea (DPPC, North Korea), and Republic of Korea (ROK, South Korea). The postwar nation-building process thus significantly remapped East Asia, which brought conflicts to the boundaries of each state.

By 1949, one year before the outbreak of the Korean War, an anti-Communist alliance driven by the US had been implanted and military confrontation erupted across these states. These circumstances brought about a rise to prominence of national borders and thus catalysed a new borderline regulation. The borderline system, introduced by the US, empowered nation-states to authorise an individual’s citizenship, nationality, residency; all statutory factors that settle personal belongings. Such a mechanism created boundaries between natives and foreigners, documented and undocumented. Especially under Cold War rule, the mechanism also differentiated the anti and pro communists, determining who should stay and who should be deported.

The fishing and sailing communities during the Cold War is a long-neglected subject in current Cold War scholarship. For fishers and sailors whose livelihood requires frequent border-crossing, legal documentation became necessary, lest they be arrested as undocumented immigrants or smugglers. In other words, the new Cold War border illegalised a considerable part of these people’s livelihoods. Some were recast as maritime captives and displaced into other countries. It is, therefore, critical to ask: how much did littoral ordinary lives change under the new border rules? Did those affected develop any strategies in dealing with the state authority? Most importantly, what is the impact of the Cold War upon the long-standing transnational networks in maritime East Asia?

Among the documents found in the ROC diplomatic archives restored in Institute of Modern History at Academia Sinica, there are three cases worth discussing here. The three records are of the PRC fishing vessels captured by US and Korean authorities during and after the Korean War. The first is a fishing ship detained by the US on 9 July 1953, less than one month before the end of the Korean War. According to the report from Far East Command Headquarters, the nineteen crew were captured due to communist conspiracy. However, these captives claimed a deep desire to pursue better lives in Korea and not return to China. They were later resettled in Busan by the Korean authorities.

If the first case features a seem-to-be good ending, the second one shows the opposite. The protagonist fisher, Zhang Ji-Chang (張繼昌), was captured by the US Army in 1952. After suspicions of his communist sympathies were alleviated, he was deployed in US military intelligence until the end of the Korean War. He was then in 1955 arrested by the Korean police and charged again as a Communist spy to be deported. However, to avoid aiding potential communist threats, Zhang was sent ‘back’ not to the PRC, but instead to the ROC – Taiwan.

Interestingly, these two cases present similarities. Both the nineteen captives and Zhang were captured by the same unit, the US Army 8240th Special Forces, comprising North Korea defectors. Both cases also happened in the same location, the Yalu River, which is the northern frontier of the Korean Peninsula. Considering that the US and UN forces had been gradually retreating from the northern frontier since January 1951 and the afterward long stalemate along the 38th Parallel, one wonders why the 8240th could still capture a fishing ship along the river in July 1953. It is plausible to assume that the US deployed Special Forces to monitor the frontier and targeted border-crossing people as potential threats.

Further, both cases illustrate the displacing effects of warfare and communist terror. In the first case, the crew claimed they were not PRC nationals and were eventually permitted to stay in Korea. In contrast, Zhang was expelled based on suspicions of communism. These two cases reveal how borderlines worked hand-in-hand with the anti-communist policies, which dramatically changed littoral ordinary lives.

While the two cases above were situated in the Korean War, the third case was after the war, in 1956. On 15 October the Chinese fishing ship No. 125 was captured by the Korean Navy Coast Guard as it illegally entered Korean territorial waters while fishing. The crew were then sentenced to one year in prison. Like the nineteen captives in the first case, most of the crew in this ship No. 125 claimed their unwillingness to return to the PRC. What distinguished them from their predecessors is their choice to embrace ROC national identity. However, after the Korean authority released the crew from prison, most surprisingly discarded their pro-ROC standing and turned pro-PRC.

The dramatic shift of these fishers’ political standing demonstrates how nationality was made and served for specific goals. According to officials in Taiwan, the crew’s initial pro-ROC standings should be read as a strategy to avoid imprisonment. This assertion, if valid, explains why they then discarded ROC nationality upon release from prison. Although the majority of them were unwillingly ‘repatriated,’ it is clear how the local fishers re-interpreted national borders and utilised them for their profit.

Together, the three cases present diverse patterns in which individuals contested state authority. The story of Zhang shows a suffering person in a wartime frontier, whereas the other two cases demonstrate how local fishers and sailors made space for managing their changeable nationality in crossing the borders. Their tortuous oceanic lives offer an unprecedented approach to reevaluate the Cold War impact on East Asia. Their stories enable us to fathom to what degree Cold War rule limited people’s choices and also created new opportunities.

Further research and collection of comparable archives in Taiwan, China, Korea, and Japan are required to further such studies. These stories of oceanic displacement implicate broader maritime translocality in 1950s East Asia. Revisiting this early stage of the Cold War creates opportunities to rethink the international order we have taken as granted and the power behind the border system that shapes our thinking.

Yu-Cheng Shih is a Ph. D. student in the Department of History, Brown University. His interests cover migration, refugees, environmental histories, folk religion, and maritime studies in modern East Asia. He is also a co-editor of the journal of Memories of Manchuria published by Hitotsubashi University, Tokyo. His current project focuses on memories and displacement of coastal communities across Taiwan, China, Japan, and Korea in the mid-twentieth century, especially during the Cold War era. his paper is part of the North American Taiwan Studies Association (NATSA) 2019 conference special issue.