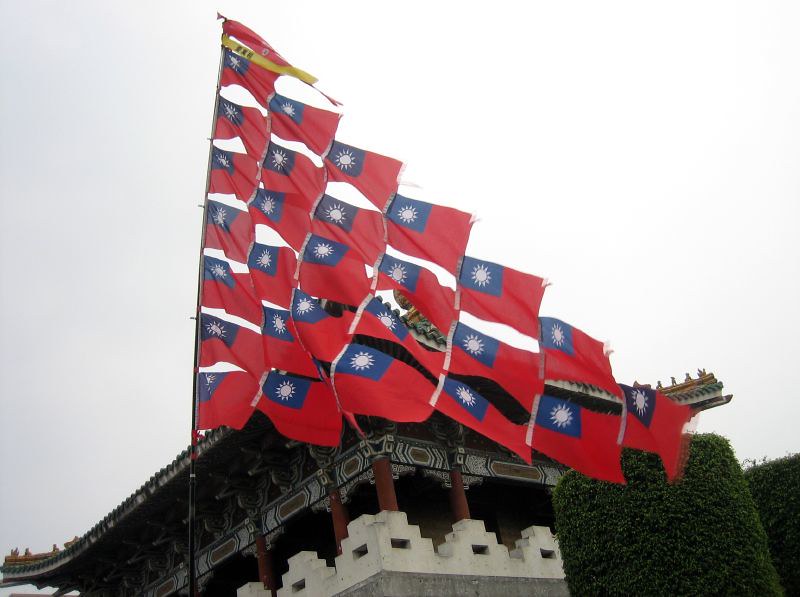 Taiwan presidential election campaigning would be incomplete without language controversies. On 3 November during her Taichung ‘Chia-fen lectures’, Lee Chia-fen, spouse of KMT presidential candidate Han Kuo-yu, spoke up in support of her husband’s vision of educational policy. Here we will examine some of the responses to these statements.

It was Lee’s personal opinion of the Ministry of Education (MOE)’s mother tongue instruction policy that went viral: “I speak Taiwanese (Taiyu) at home, so having to learn it at school is a waste of resources.” The impact of Lee’s comment went far beyond ‘hurting’ the bensheng Taiwanese; it evoked an angry response from the indigenous and the new Taiwanese communities, whom demanded an apology.

Since taking office, the Tsai administration has regulated the introduction of seven Southeast Asian languages into the mother tongue curriculum as part of the New Southbound Policy. These changes accommodate growing ethnic communities in which some parents – usually the mother – are immigrants from Southeast Asian nations. These policies also form a political strategy to bring programs of multilingual education on par with a multicultural policy that shows respect for ethnic identification with a country other than Taiwan.

Having the opportunity to be taught the language and culture of one’s parents’ home country, or even the language spoken at home or in private, is significant when reflecting on Taiwan’s difficult path to legislating language rights as part of its democratisation process. Alongside the implementation of multiple mother tongue programs, the MOE is also promoting a policy of bilingual education and would like to make Taiwan Mandarin-English bilingual by 2030. Regardless of language, the problem is situated in a rearrangement of curriculum within the existing number of hours allocated to core courses.

Mother tongue education as legislated by the Language Equality Act requires the instruction of local languages other than the national language, Mandarin Chinese. These local languages are Taiwanese, Hakka and the Austronesian languages spoken by several indigenous communities. Promotion for instruction of these local languages on the national level has gone hand-in-hand with civic groups’ demands to sustain policies for language preservation and revitalisation. An active promotion of English language instruction can be easily used and interpreted as a stick in political campaigning. It is in this context that we read the responses from social media.

When one of the immigrant mothers heard Lee Chia-fen speak in support of a bilingual educational structure by 2030, she felt she had to post to a FB group her indignation over “studying the language that mama speaks, why is that looked down upon by Han Kuo-yu?” The Taiwan Association of Taiwanese Professors organised a press conference that brought together the standpoints of various social and civic groups casting Lee’s disregard for the nation’s language policy as a vigorous attack on multiculturalism, mother tongue education and ethnic rights.  Lee ignored the reality of Taiwanese as an endangered language and contradicted article 15, “respect mother tongue rights as part of cultural rights”, of the International Covenant on Civil and Political Rightsand the International Covenant on Economic, Social and Cultural Rights. During this press conference, secretary of the Association for Taiwan Indigenous People’s Policy, Bunun Savungaz Valincinan, called for the need to rectify the KMT’s history of language oppression. She stated it was better apologise rather than loudly telling everyone, “go speak your mother tongue at home.” The conference demonstrated that in today’s society Taiwanese, Hakka, the Austronesian and other languages of the new Taiwanese are valued and should be just as visible at all levels of education, as well as in the public domain.

These reactions from civil groups were in step with the consternation expressed by politicians. Particularly for those in the Democratic Progressive Party camp, Lee and Han’s statements were interpreted as reminiscent of outdated KMT language policies. Others saw similarities with Chinese Communist Party policies. In any case, these statements were definitely no longer appropriate for today’s Taiwanese society that stands for multicultural ethnic identity.

Han and KMT spokesmen accused the DPP of deliberately “smearing” him, but this did not exculpate the party from some form of clarification. They claimed that Lee was misrepresented; she did not mean to say that mother tongue classes should be cancelled, but that in line with promoting bilingual education, there would be less time in the day for regular curriculum. Mother tongue classes could be compensated in extra-curricular activities with speech contests, drama performances and other socio-cultural events.

What draws attention is not so much the fact that the local language activists and teachers were offended, as their wound is an old one. This time outrange came from new Taiwanese mothers joining forces with indigenous groups. In Taiwan’s democratic and multicultural society, language issues and languages themselves represent ethnicities that are now an important electoral public.

Ann Heylen is Professor at the Department of Taiwan Culture, Languages and Literature at the National Taiwan Normal University.

From December 16th 2019 till January 6th 2020, researchers from the European Research Centre on Contemporary Taiwan (ERCCT) and Taiwan Studies Program (TSP) present a joint special issue on the forthcoming presidential election that will be held on January 11th 2020.