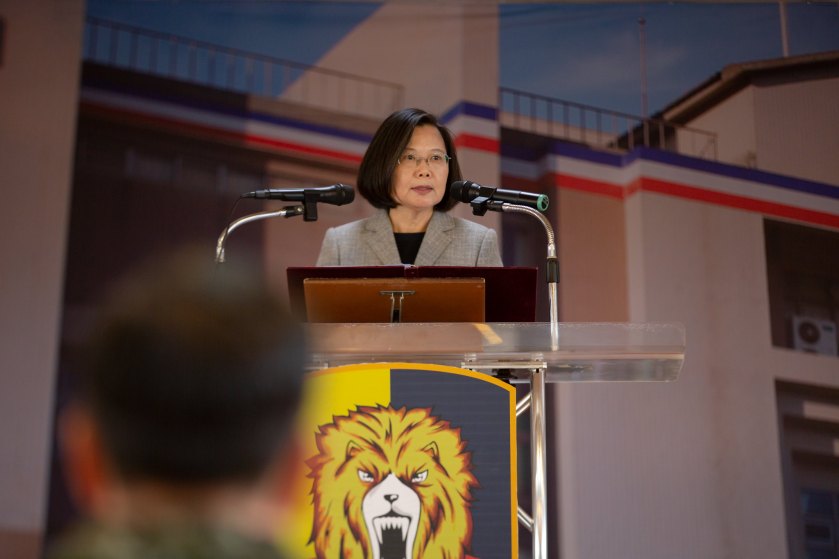 With the victory of incumbent president Tsai Ing-wen of the Democratic Progressive Party (DPP), Taiwan will have another four years with a moderate president who seeks to amend the differences between supporters of “Republic of China” and “Taiwan.”

Even though some have written about Tsai’s victory as a sign of Taiwan’s rejection of populism, the results of the legislative races show that populism and nationalism have in fact been even more pronounced compared to the last election.

Fresh from an overwhelming Kuomintang (KMT) victory in last year’s 2018 election and referendum, the political landscape changed significantly as we entered 2020. Both the KMT and DPP re-integrated nationalist narratives that had been less influential in the 2016 elections.

This year’s election season is marked by the two camps of nationalists. On one end, though those in support of formally creating a Taiwanese state were at odds with Tsai in the beginning of the year, they eventually formed a united front after Tsai’s victory in the DPP primary. On the other end, supporters of the KMT and presidential candidate Han Kuo-yu showed more support than ever for the ROC flag.

Both sides used the “sense of national doom” (亡國感) to attack the other camp. The KMT accused the DPP of attempting to erase the ROC from Taiwan, and the DPP played on the KMT’s ties with the Chinese Communist Party (CCP) and pro-unification narratives to suggest that Taiwan’s democratic way of life would disappear if Han won the election.

Tsai’s moderate policy on Taiwan’s political status was challenged by the “deep greens” in two leadership challenges; one by senior DPP members in the beginning of the year after Xi Jinping’s January speech, and another by former Premier William Lai for the 2020 presidential nomination. Tsai endured both challenges and integrated Taiwanese nationalism into her narratives.

Conservative populism was high in Taiwan last year in the lead-up to the referenda. Disinformation and misinformation were used to feed into anti-LGBTQ, anti-“nuclear contaminated food” imports, and pro-nuclear energy narratives.

This year’s campaign was marked by significant effort made to combat disinformation by the government, and private companies like Facebook were able to help make campaign ad spending more transparent to the public. Even though conservative parties like the KMT continued to use homophobic slogans and disinformation in campaigns in central and southern Taiwan, these were far less effective and often faced pushback from the public.

But despite the pushback on conservative populism, Taiwan’s progressives remain internally fractured. Even though the DPP integrated activist Fan Yun, of wild lilies movement fame, into its at-large party list, the DPP suffers from accusations of local level corruption. The New Power Party (NPP) lost two legislators and struggled to define its left-wing and progressive identity. Competition between the DPP and NPP led to vote splitting and KMT victory in several districts.

In Hsinchu, NPP legislative Gao Yu-ting focused fire on DPP candidate Cheng Hung-huei. Gao’s team published research on Cheng’s alleged profiting from speculative land and property investments, a practice that is perceived to have driven up housing prices. On election day, both candidates lost, and Hsinchu’s legislator seat went to the KMT.

Relative to the KMT, which integrated most of the “pan-blue” camp and performed relatively well as a party despite Han’s defeat, the DPP was not able to effectively integrate supporters of the Green Party and Taiwan State-building Party, which took almost 6% of all party votes combined.

Progressive voters had too many choices and each party covered a different topic. The NPP came out on top as the only party that was able to differentiate itself from the “pan-green” coalition parties.

Mayor Ko’s Taiwan People’s Party (TPP) effectively capitalised on nonpartisan populism to gain a significant portion of party votes. The party campaigned on a slogan of “put blue and green aside, and people in the middle,” with Mayor Ko frequently criticising members of both parties without taking a clear side on any major issues.

Ko’s political stances have taken a significant shift from when he first campaigned for mayor in 2014. Though having cooperated with the DPP in the past and espoused relatively liberal positions, Ko can now be considered a right-leaning politician whose pro-Beijing stance is evident yet subtle. Ko has cooperated with Terry Gou to work with younger right-leaning candidates such as Richie Lee and nominated some members of the of “Gou Family Army” onto the TPP list.

Interestingly, despite Ko’s cooperation with Gou and right-leaning proposals, such as a theme of small government and deregulation, the party’s electoral support overlaps with the NPP and DPP. Young people, a poll of nonvoting high school students suggests, are very fond of the TPP.

As a result, the TPP’s participation at the local level has led to the defeat of DPP allies. Most notably, Hung Tzu-yung, a former NPP candidate who broke away from the party to cooperate with the DPP, lost on a narrow margin to the KMT as the TPP took a small but decisive portion of the non-KMT votes.

What to Watch Next

Even though the most straightforward analysis of Taiwan’s election is to look at just the presidential race, the Legislative Yuan race is very telling of how Taiwan’s political environment is reshaping. One thing is clear – populism remains strong as politicians spend less time discussing policy platforms and instead invest in catchy slogans, advertisements, and showing off candidates’ physical appearances.

The DPP will be facing frequent challenges from both the centre and left, requiring it to constantly adapt and take in new members. As it stands, the DPP is one of the few parties that includes activists from all eras of Taiwan’s democracy movement, from Tangwai to Sunflower. Taiwanese nationalism has served as the glue between these cohorts, but will it continue to hold as older members of the party prefer a right-leaning, conservative approach that sometimes conflict against youth desires for a democratic “progressive” party?

KMT supporters are characterised by how reliably they show up at rallies and how feverous they are, but a leadership challenge by party youth is underway to attempt to change the top-down command structure and pro-unification platform of the party. Will the party’s base of retired bureaucrats and Chinese nationalists, easily mobilised by populist rhetoric, be sustainable as the party ages?

Will Taiwan finally see a real party of the progressive left as the NPP continues to define itself as a check on the DPP? Will Mayor Ko’s TPP rally around a centrist and pragmatic political principle, or will it continue to flip flop around Ko’s cult of personality?

Milo Hsieh is a freelance journalist based in Washington D.C. He was on the ground in Taiwan for two weeks reporting on Taiwan’s 2020 election. He tweets @MiloHsieh