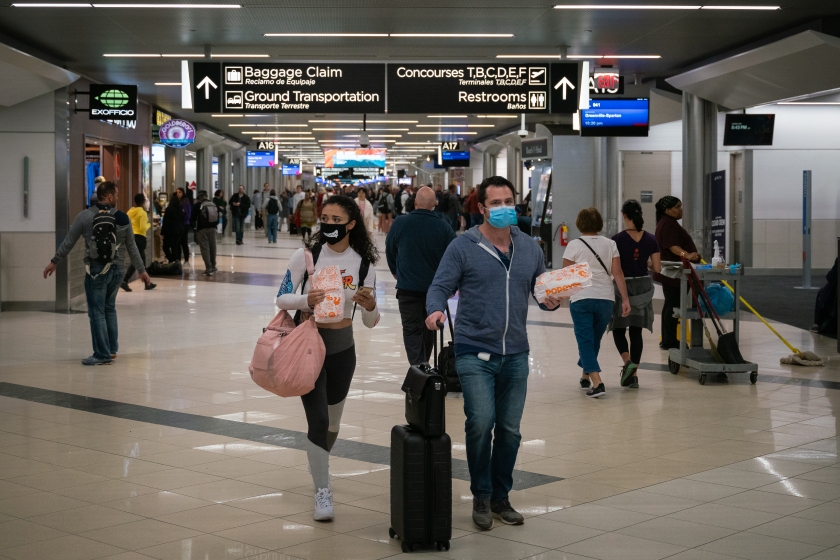 The Coronavirus epidemic has continued to be severe. In this global pandemic, due to its low number of cases, Taiwan is widely regarded as a top model for epidemic prevention that other countries can learn from. Taiwan, with a population of 24 million, has had only 306 cases and five deaths as of March 31th. In comparison, as of writing, there have been 55,242 confirmed diagnoses in the United Kingdom and 6,159 deaths. In the United States, there have been more than 163,000 diagnoses and 3,000 deaths. Taiwan’s comparatively low figures have recently lead to a slew of articles discussing why and how Taiwan can limit the spread successfully. These discussions, however, mainly focus on the technical aspects of the Taiwanese government’s policies. Although I agree with these reports, I think some essential elements have been overlooked, such as how Taiwan’s unique geographic and historical experiences play a central role in explaining its relative success. Therefore, I am not sure about the possibility of effective international replication, as suggested in the previous reporting.

The Closest and Most Alienated: “special state-to-state relationship”

It is undoubtedly the case that Taiwan must deal with the constant threat of war by its neighbour, China. However, paradoxically, China has remained Taiwan’s closest trade and exchange partner. Even after the cooling of relations over the last few years, which was triggered in response to the election of the Democratic Progressive Party in 2016, trade has remained robust. In 2019, the total value of imports and exports between Taiwan and China was 199.6 billion — accounting for 31% of Taiwan’s total import and export figures. Since Taiwan is an export-oriented OEM and trading island, recent trade figures speak volumes about the country’s economic and political situation. In December 2019, China (including Hong Kong and Macau) accounted for 41.5% of all trade, which is much higher than the United States in second place with 14.2%, and Japan at third place with 6.7%.

Furthermore, in 2019, Taiwan’s resident working population in China was about 400,000, accounting for nearly 4% of its labour force. Although it has fallen for five consecutive years, it still accounts for more than half of Taiwan’s total overseas workers. For reasons such as studying and work, there were a combined 20 million flights and boat trips across the straits last year. Of the hundreds of busy routes in the world, many are located on the Taiwan Strait, which links Taiwan and China.

Rapid Response Depends on the Early Circulation of Information

These figures are useful to highlight two key points. Firstly, Taiwan is very susceptible to the influence of China, and it is not easy to block the virus. Secondly, because the relationship between Taiwan and China is unique, the threat is still close. Thus, the circulation of information is easier, and the epidemic prevention system is much more alert.

Even before the first official diagnosis was reported on December 18, the Taiwanese government had gotten wind of the situation through information shared by Taiwanese businessmen and other Taiwanese communities in China. Hence, at the end of December, Taiwan began to implement its health quarantine policy on flights from Wuhan. At the same time, Taiwan was also the first country to send experts to visit Wuhan. After the return of these public health experts, which were sent on January 12, the Taiwanese government listed the Wuhan virus as the highest-level infectious disease and opened their Command centre. Subsequently, Taiwan also became the first country in the world to ban flights from Hubei Province. These decisive actions for epidemic prevention depended on the early detection of information and being alert to close communication.

Even if the Chinese government keeps blocking and falsifying information about the epidemic, because Taiwan is profoundly affected and threatened by China, it knows how to identify false information to avoid these difficulties. “Official” message distrust (67.3% of Taiwanese people in the 2020 polls did not trust the Chinese government’s epidemic prevention capabilities, and 76% of people in Taiwan feel that China is unfriendly to Taiwan, a record high). At the same time, in a survey carried out during late February of this year, 97.6% of people believed that the Coronavirus outbreak in Wuhan was severe — in relation to other opinion polls carried out, this number is exceptionally high. This prevailing mentality has helped the public to cooperate with the government’s epidemic prevention efforts. Such an attitude and opportunity do not apply to European and American countries.

At the same time, from the perspective of historical causes, the impact of the 2003 SARS epidemic, and Taiwan’s unique, internationally excluded and unrecognized international status, have created Taiwan’s strong epidemic prevention measures, which are decoupled from the World Health Organization Public health system. The Taiwanese system was actively “advanced” from the very beginning of the epidemic prevention and was not affected by the guidance of the World Health Organization. Sometimes it has even wandered into grey areas not authorized by law, such as restricting personal freedoms, including prohibiting students, teachers and medical personnel from going abroad. European and American countries can hardly emulate such measures, which consist of rapid, authoritative bureaucracy.

The historical development of Taiwan’s bureaucracy is complex and cannot be adequately described here. Taiwan is one of the classic cases of transitioning from an authoritarian state to a democratic state with basically no bloodshed. Perhaps because of this, many bureaucrats familiar with its previous authoritarian methods still reside in the Taiwanese government. These figures took office and continue to inherit its powerful bureaucratic tradition, bringing with them a lingering memory of authoritarian rule. They thus tend to disregard public opinion supervision and work less in compliance with the rule of law through institutional logic and organizational culture.

We Still Need Government; We Just Need to Learn How to Get Along With It

However, after observing results, we can argue that we still need active government intervention in the face of this vast and aggressive global epidemic. Therefore, the next topic to be researched is the overall, unique bureaucratic model that has limited freedom in its control over the rule of law. Thus, questions arise concerning what is reasonable or acceptable in democracies? Take Singapore as a counterexample. Their control and bureaucracy are more authoritative than Taiwan, but the results are not as positive. The European and American examples show that distrust of the government — an attitude consisting of culturally universal resistance to, and restriction of, the government — and a culture that values individual freedom, can have fatal consequences in epidemic prevention.

Although the Taiwanese authorities may harm the rule of law in their epidemic prevention strategies, I still believe that Taiwan’s society still has the energy to resist if such measures go too far and damage the foundations of democracy. Hence, if Taiwan’s parliament can impose a robust public health bureaucracy, it could be argued that some preventative, legislative restrictions – which would work to limit democratic damage during the pandemic — would naturally be a better option.

For the European, American and Taiwanese governments, it is clear that we can learn from each other to think about how to build a bureaucracy that is resilient in times of crisis. However, we should also reflect on making sure there are enough tools to turn public power back to the rule of law after a crisis has abated.

In short, Taiwan’s epidemic-resistant experience is not a miracle, but it is not caused solely by the superposition of public health bureaucrats and medical staff. The “Taiwan Experience” has its own unique geographical background and historical institutional causes, which may even harm the rule of law during the epidemic. Yet, in general, in the face of a global epidemic, it is evident that we still need the government, but we must also prevent it from becoming an uncontrolled Leviathan. Moving forward, this is a topic that researchers should investigate, as Taiwan’s nuanced and complex experience needs to inspire other countries.

Hsu Lien-Yi is a graduate student at the National Taiwan University Institute of Sociology and an assistant to Taipei City Councilor froggy chiu.