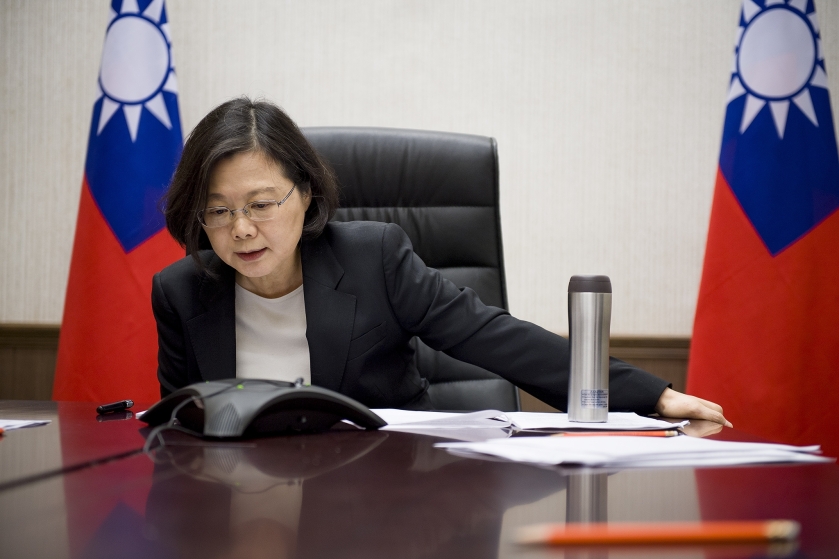 It has become conventional wisdom that contemporary US-Taiwan relations are closer than they have been in decades. Taiwan President Tsai Ing-wen has recently described the US commitment to Taiwan as “stronger than ever,” a view shared by Taiwan Foreign Minister Joseph Wu. In Washington, analyses of US-Taiwan relations sometimes depict the relationship as being closer than it has been in recent memory. And some observers in Beijing have warned that US-Taiwan relations have progressed to the point where Washington is “testing China’s bottom line” on the subject.

Is the conventional wisdom correct? On the one hand, it is safe to say that current US-Taiwan relations are quite close, and along several metrics have become as close — or closer — than has been the case in recent memory. On the other hand, however, a considerable amount of uncertainty continues to hang over the relationship. Many recent improvements in bilateral relations have involved only incremental (and, in some cases, only symbolic) changes, and the degree to which the US is committed to Taiwan’s security remains ambiguous. In short, Taiwan’s broader security environment remains fraught.

Several metrics suggest a US-Taiwan relationship that has clearly become closer. In 2019, for instance, the United States approved the most significant arms sales packages to Taiwan in recent memory, and the sale of 66 advanced F-16 C/D fighters represented the first time the US has approved the sale of fighter jets to Taiwan since 1992. The United States has increased the frequency of its naval transits through the Taiwan Strait since 2018, and US officials have also begun to publicly announce these transits. Officials from the two sides are meeting more frequently than in the past, including — in 2019 — the first in-person meeting between their respective national security advisors in forty years.

Meanwhile, the US government has become more critical of countries that sever diplomatic ties with Taiwan, and the Defence Department’s 2019 Indo-Pacific Strategy Report indirectly refers to Taiwan as a “country,” perhaps suggesting some deviation from longstanding US policy ambiguity on Taiwan’s status. And Tsai Ing-wen has visited the United States numerous times since becoming Taiwan’s president. Although Taiwan presidents have long been granted stopover visits while en route to Taiwan’s diplomatic allies, Tsai’s visits have often been to high-profile cities such as New York or San Francisco. What is more, these visits have sometimes involved public speeches — such as at the Ronald Reagan library — and have included unprecedented visits to US government facilities such as NASA’s Johnston Space Center in Houston.

Finally, Congress has been more active on the Taiwan issue in recent years. Several bills aiming to strengthen US-Taiwan relations have been introduced in the US Congress over the past several years, and some of this legislation (such as the Taiwan Travel Act) has become law. Furthermore, several recent National Defence Authorisation Acts (NDAAs) have called for, and in some cases mandated, closer defence cooperation with Taiwan.

A fundamental break from the past?

The changes described above clearly suggest improving US-Taiwan relations across several different dimensions. Yet it is crucial to put these changes in context. First, although arms sales to Taiwan increased dramatically in 2019, longer-term trends are less clear-cut. During the years 2008-2015, the US approved, on average, US$2.64 billion in arms sales to Taiwan (in constant 2012 dollars). Over the years 2016-2019, that number increased only slightly to US$2.78 billion on average. Thus, although the dollar value of 2019 arms sales represented a significant increase from recent years, over the longer-term sales have been relatively steady in dollar terms.

Likewise, although US Naval transits through the Taiwan Strait picked up in mid-2018 following a yearlong hiatus — and although the transits have been more frequently announced than in the past — recent reports suggest that US Naval transits actually occurred more frequently during the Obama administration than they have under the current Trump administration. Therefore, it isn’t clear how much the recent uptick in transits represents a fundamental break with the past.

Tsai Ing-wen’s stopover visits, meanwhile, have occurred on a frequency similar to those of her predecessor, Ma Ying-jeou. Although Tsai’s visits have sometimes included more high-profile events (such as the NASA visit), differences between the two administrations in this regard likely reflect a greater reluctance by Ma to roil relations with Beijing rather than major changes in US policy.

The United States has also, for the most part, remained cautious about very high-level meetings and visits. For instance, there was considerable speculation that Washington would send a high-ranking official to attend 2018 ceremonies for the opening of the new building housing the American Institute in Taiwan. In the end, however, the US instead sent the Assistant Secretary of State for Educational and Cultural Affairs.

And, perhaps most importantly, the longstanding contours of US policy in the Taiwan Strait remain in place, meaning the underlying US security commitment to Taiwan remains ambiguous. US President Donald Trump, for instance, told Xi Jinping in a February 2017 phone call that the US would continue to “honour” its one-China policy, while Vice President Mike Pence noted that the US would “continue to respect” its one-China policy in his otherwise hawkish 2018 Hudson Institute speech on China. And although Trump himself has said little about Taiwan, his more general scepticism of US military commitments abroad raises further questions about the strength of the US commitment to Taiwan.

As Tsai Ing-wen begins her second term in office, and as the United States prepares for its presidential election later this year, both countries face daunting challenges. Washington today faces a possible public health catastrophe alongside its most significant economic crisis since the Great Depression, even as the US-China relationship continues to deteriorate. Against this backdrop, China will almost certainly continue to apply considerable military and diplomatic pressure on Taiwan.

In this environment, Taiwan faces two opposite risks in its relationship with the United States. The first danger is that a closer security relationship with Washington will prove pyrrhic in the event of an intensifying US-China security competition. US-China interactions over Taiwan increasingly resemble a security dilemma-type logic. Both Beijing and Washington have framed the other side as pursuing revisionist policies, and have framed their own approach to the Taiwan Strait as primarily defensive and aimed at preserving a status quo. From Beijing’s perspective, for instance, Tsai has departed from a past status quo rooted in the “1992 consensus,” and the US and Taiwan are taking steps — via increased security cooperation — that effectively enable this shift. In the context of a security dilemma, a closer Taiwanese security relationship with the US is not simply a hedge against a growing Chinese military threat; it can also be a driver of that threat.

The second risk is even more unnerving for Taiwan: that the Trump administration (or some future administration) might visibly walk away from commitments to Taiwan even as the PRC military threat to Taiwan grows more urgent. Trump’s recent abandonment of the Kurds in Syria highlights this risk for Taiwan, as he did so despite strong opposition from both top advisors and leading Republican voices in Congress.

Both scenarios highlight the importance of continued caution in Taipei and Washington. Both sides should focus on substantive steps to improve meaningful cooperation — such as considering a bilateral free trade agreement and continued bilateral military dialogues that occur behind the scenes — while eschewing more high-profile, symbolic steps that have little concrete effect but which serve to undermine further US-China relations (such as high-level public meetings or possible US naval port visits to Taiwan). Such steps can backfire by intensifying security dilemma dynamics, but they can also backfire by increasing the likelihood that — in the face of a strong PRC response — a US president himself might question the value of a close US-Taiwan relationship.

Scott L. Kastner is a Professor in the Department of Government and Politics, University of Maryland, College Park. He is author of China’s Strategic Multilateralism: Investing in Global Governance (with Margaret Pearson and Chad Rector, Cambridge University Press, 2019) and Political Conflict and Economic Interdependence across the Taiwan Strait and Beyond (Stanford University Press, 2009).

This article is part of special issue on the U.S.-Taiwan relations.