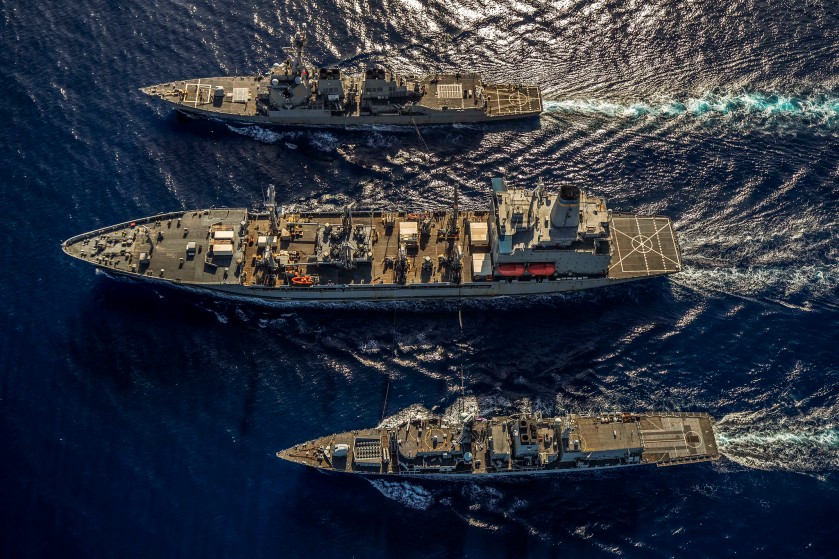 Last year, Taiwan and the United States were celebrating the 40th anniversary of the Taiwan Relations Act. President Tsai Ing-wen personally attended the opening ceremony of a special exhibition on US soil. In front of prominent American political figures from federal and state level, as well as heavyweight scholars from think tanks, Tsai repeatedly emphasised three crucial points: (1) we are always friends, (2) we both share negative feeling toward China, and finally (3), we can do more to strengthen our friendship to deter China. Thus, audiences in the East-West Centre, Hawaii, as well as Taiwanese who were watching the TV broadcast, applauded the “stronger than ever” Taiwan-US relations.

After Tsai’s landslide victory in her re-election in 2020, the sudden onset of the COVID – 19 pandemic gave her an excellent opportunity to strengthen her anti-China political mantra. By exchanging surgical masks and hazmat suits, it is clear that Taiwan and the United States are cooperating during this critical moment. The US Secretary of State Mike Pompeo tweeted: “The US is thankful to Taiwan. Taiwan…is a model of the world!” In late March 2020, Trump signed the Taiwan Allies International Protection and Enhancement Initiative (TAIPEI) Act into law, and further brought together mutual relations between Taiwan and the US. Along with the historically expensive arm sales — and also the frequent high-level official visits and banquets to each other. Not to mention the military exercise cooperation and sharing of crucial strategic information — one may wonder, will the US embrace Taiwan’s kind offer and include Taiwan to join its hegemonic competition with China? Are we witnessing a new Taiwan-US military alliance? Will we see a Deja Vu, Cold War-style containment connecting Japan, South Korea, Taiwan and Southeast Asia Treaty Organisation (SEATO) countries in the Asia-Pacific region?

It is well known that during the Cold War, Taiwan and the US were confronting the Communists together. The Sino-American Mutual Defence Treaty lasted from 1954 to 1980, and it guaranteed the security of the Taiwan Strait. It also delivered a stable foundation for Taiwan’s land reform and eventual democratisation. Furthermore, the US provided foreign aid to foster Taiwan’s miraculous economic development. In 1960, the US President, Dwight D. Eisenhower visited Taiwan and greeted people in a parade with Chiang Kai-shek. Half a million Taiwanese gathered and listened to Ike’s speech in Taipei.

Together with the President’s visit, US generals installed the Matador nuclear cruise missile in southern Taiwan and were ready to use such weaponry on China and the Chinese people. This alliance, however, was not to last. Indeed, following the end of the Cold War — and with the change of the US global security strategy — Taiwan was no longer the metaphorical “Unsinkable aircraft carrier,” a term coined by General McArthur in 1950.  Consequently, the US established formal diplomatic relations with the People Republic of China and replaced the previous security treaty with the Taiwan Relations Act in 1979. The Act provided sufficient ambiguity for the US government to decide when and how they would defend Taiwan’s security. Taiwan, therefore, became a strategic “option,” instead of a necessary “must” in the American grand strategy in the post-Cold War Asia-Pacific region.

Historically, the Taiwan US relation in the last half-century looked stable, but all good things must come to an end. Nevertheless, one must ask why does the US continue to maintain close security relations with old comrades in the Asia-Pacific but not Taiwan?

Firstly, the Treaty of Mutual Cooperation and Security between the United States and Japan has lasted for over 60 years. The US-Japan Alliance was once deemed one of the most robust security relations in the world. Despite its pacifist Constitution, Japan sent troops and paid money to help the US in both the Iraq and Afghanistan Wars. As a consequence, both countries are bound by treaty to fight wars together.

Secondly, the Mutual Defence Treaty between the United States and the Republic of Korea has lasted for over 67 years. The USFK (United States Forces Korea) has more than 25 thousand American soldiers stationed in its borders and still commands over 3 million of Korean soldiers.

Thirdly, alliances with Australia and New Zealand — through the United States Security Treaty (ANZUS) — has lasted for over 68 years. Although logistically, they are the furthest among US allies, the US and Australia have conducted large scale joint military exercises every two years. Australia has fought together with the US in World I, II, Korea, Vietnam and also in the War on Terror. For this reason, Australia participated in the unpopular US-led Iraq and Afghanistan wars in 2001 and 2003.

Fourthly, the US–Singapore Strategic Framework Agreement allowed US troops to use air and naval bases in Singapore. The US aircraft carriers and fleets were rotationally cruised and deployed in Singapore’s territorial sea. The US is literally the protector of this City-State in the Strait of Malacca where there is a chokepoint of world oil trade.

Nevertheless, no matter how close these security relations are, there are still hidden conflicts. Japan, being within the three economic strengths in the world, wants to pursue its normal country status through a rearmament project. Japan does not want to be American’s quiet follower forever. Japan has its own security agenda in the Kuril Islands, East China Sea, North Korea, and the US have ignored these concerns for years.

The ongoing North Korea-US stalemate has literally hijacked South Korean geopolitical concerns. Hence, South Korea does not have a choice but to join the possible unnecessary war once initiated either by Pyongyang or Washington D. C. This hypothetical war will be a nuclear one and will most certainly cost millions of Korean lives. South Korea has already established economic interdependence with China. These economic entanglements have ultimately made the US-South Korea security relations even more complicated. Singapore and Australia, similar to South Korea, have enjoyed significant benefits from their economic cooperation with China. Given that these countries enjoy security given by American and make money from China, one must ask, how long can these countries play this win-win game? We are not sure.

These narratives of friendship can tell us about the future development of Taiwan-US relations. Taking all of the aforementioned problems and concerns, the US, seemingly, has trusted Japan, South Korea, Australia and Singapore more than Taiwan. As evidence of this lack of trust, the US once sold the top fifth-generation fighter jet F-35 to all of these countries but palmed off the ancient F-16 to Taiwan. We all know Taiwan is under tremendous and immediate threat from China, so why does Taiwan only deserve this second-grade weaponry? Why is Taiwan treated thus?

The answer is pessimistic at best. Without a doubt, from an American perspective, Taiwan is still — or potentially will be —part of China. One election in the future, another pro-China high school textbook, a charming KMT politician, or a more productive and better China, will alter Taiwan’s identity and its enthusiasm in allying with the US. America is no fool, and Japan, South Korea, Singapore and Australia cannot protect themselves without American help. But Taiwan can always make a U-turn and go back to the motherland. Thus, there will not be a Taiwan-US military alliance, and the good old days of fighting together are most certainly gone.

Mark Wenyi Lai is an Associate Professor, a non-resident fellow of the Taiwan Studies Programme at the University of Nottingham in UK, Chairperson of the Department of International Affairs, Graduate Program of International Affairs, Wenzao Ursuline University of Languages, Taiwan. This article is part of special issue on the U.S.-Taiwan relations.