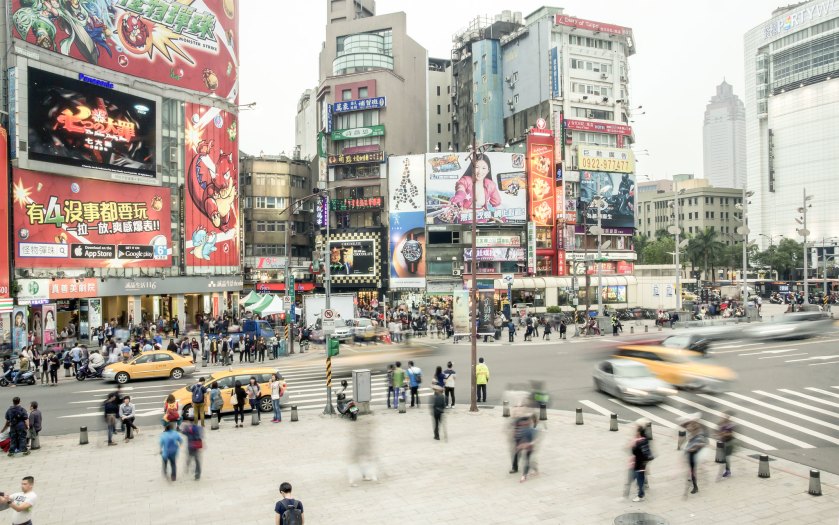 The Coronavirus pandemic has presented the world with challenges the likes of which have rarely been seen before. COVID-19 — a disease for which a vaccine is yet to be found — has killed over 300,000 people and infected millions more.

As well as the human cost, the virus has had a significant impact on the global economy, with governments across the world implementing social distancing measures as a means for combatting the spread. While this has undoubtedly limited the rate of infection, it has meant businesses have been hard hit.

The tourism industry, for example, has effectively ground to a halt with the majority of nations introducing travel bans. Thus, millions of prospective holidaymakers are now cancelling their trips as a result of such measures.

Only a handful of remote countries have been unaffected. Still, the global approach to tackling the virus has varied, with some countries faring much better than others at damage limitation. Taiwan is one such example – perhaps surprisingly so, given its proximity to China, which is the epicentre of the virus. Nevertheless, one has to ask how Taiwan has dealt with the outbreak so far? And is the country prepared to cope with the impacts on the global economy post-COVID?

How Taiwan has Managed the Virus

The first cases in China were recorded in December 2019, and Taiwan’s proximity to China allowed it to monitor the situation closely from the outset. Professor Peter Chang, who is a senior medical advisor to the National Taipei Hospital and advisor to the ministry of health, told the Irish Times in an interview published in April:

“We had about one month watching what was going on in China, about one month to be prepared to see if it was going to come to Taiwan. Very early on I was in discussion with the Taiwanese health minister, Chen Shih-chung, about the alert… In January, I was in discussion with the vice-premier, Chi-mai Chen, too. He is also a physician, and we had frequent contact to see what they had prepared. We were watching the situation closely.”

Being aware of the issue at such an early stage allowed Taiwan to introduce swift measures, such as self-isolation for anyone returning from China and widespread social distancing rules. Strict fines were also imposed for anybody flouting these guidelines. Moreover, those showing symptoms were encouraged to visit the hospital for testing, while contact tracing of infected individuals was also implemented.

Furthermore, Taiwan heeded the lessons learned from the SARS outbreak in 2003, while political tensions with China meant the authorities in Beijing were less willing to grant visas to those hoping to travel to Taiwan, thus reducing the number of potential carriers arriving. As a result, Taiwan — with a population of almost 24 million — has fewer than 450 cases and has recorded just seven deaths.

Taiwan’s Economy and the Global Picture

Such a proactive and effective response to the outbreak means Taiwan’s economic status has not suffered the damage that other nations have sustained. For example, the Taiwan dollar is among the best performers in Asia, climbing approximately 0.5% in 2020, and the region has been described as “a Coronavirus haven.”

There are also positive signs of investment in the Taiwanese economy. Electronics behemoth Apple is planning to build a new plant at the Hsinchu Science Park and industrial gas firm Air Liquide announced it would plunge €200m into constructing facilities at Hsinchu and Tainan. Meanwhile, Taiwan was ranked the third-best destination for investment by the Ministry of Economic Affairs – a further indicator that the rest of the world is becoming alert to the opportunities created by Taiwan’s efficient management of the outbreak.

Furthermore, these encouraging developments are reflected in the figures when comparing forecasts from Taiwan to some of the world’s powerhouses. The International Monetary Fund predicts Taiwan’s economy will contract by 4% this year while for the United States that figure stands at 5.9%, and recent reports have suggested China’s economy shrank by 6.8% in the first quarter of 2020.

What Next for Taiwan’s Economy?

Traditionally, Taiwan’s economy has been built upon the foundations of exporting goods to the likes of China, Hong Kong, the United States and the European Union. Its main exports include electrical equipment, machinery, computers and medical apparatus. However, Wang Jiann-chyan, who is deputy director of the Chung-Hua Institution for Economic Research, is predicting another phase to the financial crisis, which is yet to hit home. In quotes reported by the Financial Times, he said:

“After the supply chain disruptions when the disease first hit in China, and the blow to domestic sentiment when tourism was switched off, and people started worrying about local infections, we are now about to see a third wave of economic fallout: the collapse of global demand. This will, of course, hurt our exports.”

The point has been made in some quarters that the COVID-19 outbreak may prompt some nations to reconsider their economic strategies. If trading avenues are severely restricted or even shut down entirely for extended periods, perhaps countries will instead focus on becoming more self-reliant and focus on enhancing their financial picture by capitalising on resources at their disposal. Ryan Hass, who is a fellow and the Michael H. Armacost Chair in the Foreign Policy program at Brookings, expands:

“Will Covid-19 strengthen countries’ prioritisation on national-level industrial mobilisation? If so, we may soon begin to see a greater emphasis on resilience and self-sufficiency over efficiencies gained through cross-border value chains. Such a shift could have significant consequences for Taiwan’s economy, given its role as a supplier of intermediate goods for complex global value chains.”

Taiwan, like the rest of the world, will have to adapt to whatever short, medium and long-term impacts the Coronavirus leaves behind. As Hass points out, this could mean significant changes to its economy, but those alterations need not be negative in their nature.

A transitional period may prompt Taiwan to reconsider its import and export strategy, which might open up previously unexplored avenues of opportunity for diversification. On top of that, foreign investment from the likes of Apple and Air Liquide can surely only be seen as a positive influence, providing a considerable boost to the economy regarding job creation, encouraging growth and inspiring other investors to follow their example.

Taiwan has already proved that it can respond successfully in the face of adversity. Its success in managing the pandemic has far outstripped that of more established nations and governments, which means the country is in a much stronger position to thrive once we enter the post-COVID era.

Harry West is a Senior Content Writer, creating content across a variety of sectors including finance, travel, automotive and legal. He has a background in sports journalism, having travelled to cover football, cricket and rugby union World Cups.

This article is part of a special issue on the impact of Covid-19 on Taiwan’s economy.