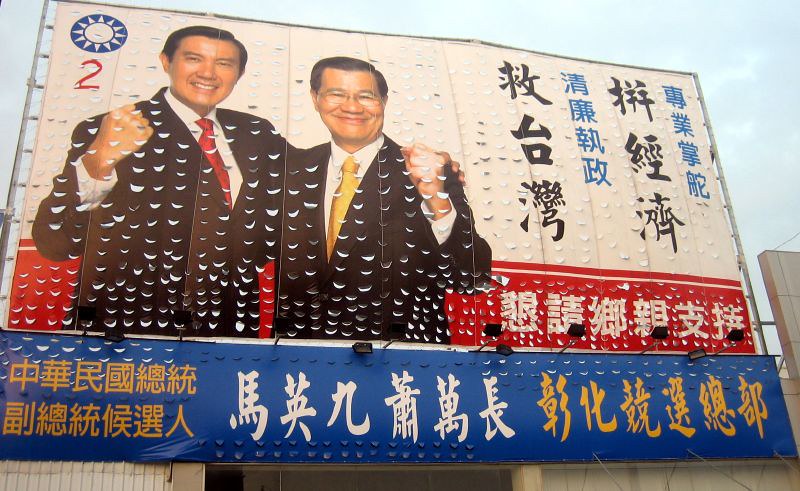 Since its electoral defeat in the presidential and legislative elections in January, the KMT has entered a period of soul-searching. For many observers, Taiwan’s largest opposition party, which governed the country almost exclusively since the end of the Chinese civil war in 1949, is struggling for political survival. As well as having lost power, the KMT has been stripped of many of its assets in the name of ‘transitional justice.’ The pending investigations are an attempt by the DPP government to clarify whether those assets were illegally acquired during the authoritarian era and must, therefore, be transferred to the state. Although this impacts on the daily running of party affairs, it is the altered political environment in Taiwan which is costing the KMT most dearly.

As the current narrative among many observers goes, the KMT has lost touch with Taiwan’s younger generation and thus faces a bleak future as it is the young people who increasingly determine electoral outcomes. Internal strife and bickering between party factions, steered by the vested interests of an unholy alliance of KMT heavyweights and capitalists with a keen interest in the Chinese market, has further alienated the KMT politically. The KMT is widely seen as an ‘old man’s party’ with non-existent vertical mobility for young talent, undemocratic and corrupt party bodies, and an elitist and conservative mindset at the top – which matches its ossified Leninist party structure. There is no cohesion among party leaders to fight for a common goal, as they are too busy rallying support for the next intra-party nomination for whatever political post stands for election. Finally, and probably most damaging, the KMT is seen as unable to respond to the death of the ‘1992 consensus’. This was  killed by Xi Jinping’s January 2019 speech in which he declared that Taiwan cannot expect more than and must accept the ‘one country, two systems’ model.

Against this narrative, as unfair as it might perhaps be, the KMT’s new chairman Johnny Chi-cheng Chiang, faces an arduous task. Elected in a contested race by beating former Taipei mayor and party conservative Hau Lung-bin, he now needs to unify the party. He also needs to democratise its internal decision-making procedures, make it more attractive to Taiwan’s youth, and steer the process of developing new policy positions to attract voters. Most importantly, the new chairman must clarify the party’s position on ‘One China’ in the face of a hostile Chinese government and a Taiwanese populace that has become used to living without the ‘1992 consensus’.

Having been in Taiwan since early March, I had the opportunity to speak to several former and current KMT leaders, including Johnny Chiang, and listen to how they see the future of their party. I came across similar reflections and ideas on all but one issue: ‘one China’ and, eo ipso, Taiwan’s cross-strait policy. There is considerable disagreement at the top of the party on the question of whether the KMT should focus on this issue to stage a comeback. While some think that the party should  concentrate on other topics with more immediate appeal to voters and put the “China problem” to the back-burner for the time being, others believe that, without clarifying the party’s ideological stance on China, it will have no future in Taiwan.

To begin with, there is a general consensus within the KMT that its relationship with the younger generation needs rebuilding. To do so, more young people should be recruited into the party, and there should be more immediate vertical mobility so that this young talent can make it to the top. This is considered a pre-condition for becoming a ruling party again. This is because Taiwan will see a steep increase of young voters in the coming years, both for demographic reasons and a lowering of the voting age to 18, which both the DPP and the KMT have agreed to put into law as soon as possible. In fact, if the KMT cannot change its image of being a party representing “old people,” it will have a hard time regaining popular support. That’s why one of the significant issues on the agenda of a new Party Reform Committee established in April is to change the procedures for electing the members of the Central Standing Committee (中常委員會) and the Central Committee (中央委員會), which are widely seen as platforms for established KMT politicians and their personal interests rather than viable feedback institutions that connect the party leadership with its rank-and-file. Also, the new party chairman has vowed to seek more input from Taiwan’s young generation and set up new mechanisms to train more young cadres. However, Chiang Chi-chen and his advisors are also well aware that changing entrenched party structures is a very long shot. The fact that many experienced and aged KMT politicians have made it onto the name list of the KMT’s new Reform Committee clearly shows that implementing the announced reforms will be a slow and protracted process. Bypassing the old guard may prove impossible, lest the reformers take the risk of a party break-up.

Second, there is a consensus in the KMT that the DPP must be challenged by offering more convincing policies to the populace. Interestingly, most that I have spoken to named environmental policy as a major battlefield, and some mentioned elderly care. But that was mostly it. It seems hard for the KMT to come up with new policies which differentiate it from the DPP. This reflects the fact that Taiwan’s party system has never been ordered along policy stances on a left-right spectrum as most Western party systems are. When it comes to issue politics beyond the cross-strait ideological divide, both the KMT and DPP are catch-all parties, which have cultivated a fine sensorium to steal away any policy idea their opponent may have promisingly put on the table. For the Taiwanese, therefore, it is hard to distinguish between the country’s two biggest parties by pointing at opposing viewpoints on, let us say, fiscal, industrial, or labour policy. They also do not represent specific societal strata but rather compete within the same turf. It is then hard, if not impossible, to make the KMT a ‘centre-right party’ and force the DPP to become a ‘leftist force,’ as one former KMT chairman suggested to me. Why should the DPP accept such confinement when it fishes so successfully everywhere else? Moreover, what would be the incentive for the KMT rank-and-file to toe such a line when the party has so much grassroots support among the working class and impoverished aborigines? And if the KMT thinks of new policies which may be particularly attractive to young voters, it can be sure that the DPP will launch comparable initiatives.

Finally, there is the tricky question of how to face China and design a credible cross-strait policy. Thinking about the answers given to me, as contradictory as they sounded, I see three options, each of them with considerable drawbacks. Option 1 is that the KMT stands firm to the “One China principle” and the “1992 consensus”, making this its principled stance no matter what the Chinese Communist Party and its current General Secretary say about the cross-strait relationship and Taiwan’s future. Such a stance, which is referred to as the ‘status quo,’ would seal the KMT’s image as a ‘unification party’ – a hard sell in present-day Taiwan. Option 2 would be that the KMT redefines its “One China” principle by promoting a ‘two Chinas’ policy, i.e., appealing to Beijing to accept the existence of two sovereign Chinese states which cooperate in the spirit of a ‘Chinese Commonwealth’. The KMT could promote a confederation of some kind under this heading or just invoke a commitment on both sides of the Taiwan Strait to preserve peace and engage in mutual cooperation based on a shared Chinese legacy. This position may resonate with many Taiwanese who either believe in Taiwan’s Chineseness or, more probably, think that the DPP’s hidden independence agenda is just too dangerous. However, Beijing would fiercely reject such an idea. Option 3 involves the KMT subscribing to the position of the DPP, claiming that the Republic of China is Taiwan and detaching itself from the idea of a unitary Chinese state once and forever. It is hard to see that the KMT will do such a thing for the time being, as such a step would actively provoke the Chinese government and destroy the most salient quality the KMT claims for itself: that it can talk to the Communists while the DPP cannot. Moreover, such a position would not earn the party much credit in Taiwan either, as it just copies the ruling party’s position.

Whatever option the KMT eventually draws, it would hardly help it to become the ruling party again. With more and more young Taiwanese joining the ranks of voters, a consolidated Taiwanese nationalism — a cross-strait relationship that is ‘cold’ but, arguably, stable —  and a Chinese leadership that has clarified that Taiwan must subscribe to ‘one country, two systems’, the KMT cannot hope anymore that a majority will ever vote for it at a national level by just claiming that it has the better China policy. To become a ruling party under the given circumstances, it must convince the voters that it is a ‘Taiwan first’ party that is ready to take a clear-cut stance against China’s ‘unification speak’ and, in doing so, parts company with the Beijing government. It must also step up and create innovative new policies in the domestic arena. The KMT stands at a crossroads, and whatever road it takes, it is going to be extremely bumpy.