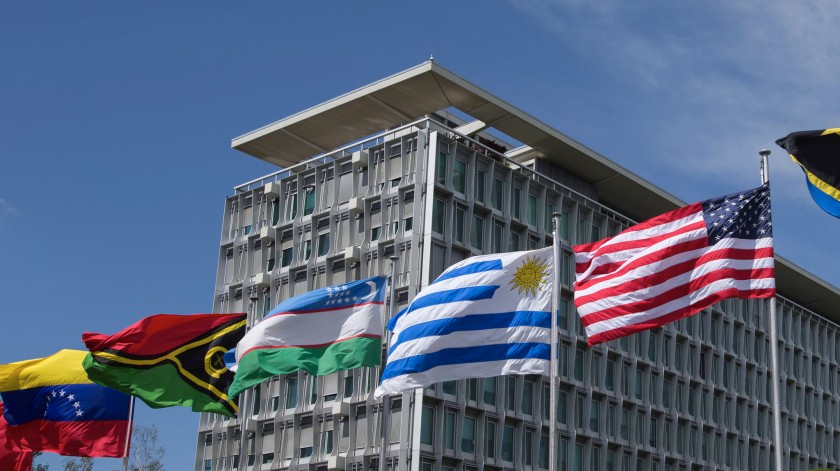 While countries are opting for varying degrees of response and control measures to curb the spread of the contagion, there is simultaneously a need for strengthening international institutional mechanisms to mitigate the global health emergencies such as the COVID-19 crisis. These mechanisms would warrant enhanced early responses and thus enable the curbing of infectivity. The right to health is recognised in the Preamble of the Constitution of the WHO. Furthermore, the International Health Regulations (IHRs) are considered the cornerstone of the international management of public health emergencies. The WHO declared Covid-19 a Public Health Emergency of International Concern (PHEIC) and is periodically issuing guidelines to governments across the world to manage this health crisis. It has also, however, been on the receiving end of criticism concerning its initial responses to the pandemic. In this context, it is worth noting the role of international law in their management of global health crises. Alongside this, it is also essential to highlight the complexities resulting from an absence of enforcement powers relating to obligations as contained in the IHRs.

The earliest attempt at fostering inter-governmental cooperation to manage public health crises was made in the mid-19th century when Europe was under the grip of Cholera. The first International Sanitary Conference in 1851was convened in France to standardise protocols and regulations for containment and to mitigate the toll that the epidemic had taken on trade and commerce. The International Sanitary Regulations, issued by the newly created Office of International Public Health, were designed to tackle Cholera, plague and yellow fever. Meanwhile, in the Americas, this role was fulfilled by the Pan-American Health Organisation. However, these organisations were the result of regional agreements and did not operate on a global level. The regulatory framework that these organisations adopted was narrow in their scope since they focused on specific diseases if and when they crossed territorial borders rather than formulating a common definition of an “epidemic.”

Post-World War II, the legacy of public-health diplomacy passed on to the World Health Organisation (WHO). With 196 members, the mandate of the WHO has gone beyond standardising regulations and issuing guidelines. Indeed, it also includes providing funds to poor and underdeveloped countries to improve their levels of public health and sanitation as well as their primary healthcare infrastructure. The WHO adopted the IHRs in 1969 to contain diseases with minimum interference to global trade. These regulations are legally binding on all the member-states. They can, however, give notice of their rejection, or reservation, regarding these guidelines. This happens by providing notice to the Director-General within a specified period as per article 22 in the WHO’s constitution. They are used to dealing with previous pandemics such as SARS, MERS, Ebola, Zika virus etc.

The IHR regulates the control and sharing of epidemiological information about epidemics. It also shares this information with other member-states in a bid to coordinate responses to global outbreaks. Though initially narrow in its scope in dealing with diseases, their strategy has shifted from focussing on specific diseases to imposing an obligation on member-states to share information about any disease that “has a serious public health impact; is unusual or unexpected; might be internationally virulent; and is likely to trigger a significant risk of international travel or trade restrictions” within 24 hours of its detection. This is also applicable when a state has evidence that a disease has the potential of becoming a PHIEC. This duty to report is grounded in the general “duty to co-operate” as embedded in the United Nations Charter. This charter also expects member-states to take actions in cooperation with the United Nations to find “solutions” for international health. The duty to report also finds resonance in the International Covenant on Economic, Social and Cultural Rights by recognising the right to mental and physical health as a human right. It thus obligates its signatories to take necessary steps for the prevention, treatment, and control of an epidemic disease. Currently, the WHO has used its powers under Article 12 of the IHR to declare Covid-19 as a PHEIC.

The ineffectiveness of the IHR to ensure compliance with safety measures is best displayed by China’s conduct during this pandemic. China ostensibly failed to notify the WHO about the initial outbreak that took place in Wuhan in early December 2019. To be sure, it was not until the end of the year that China reported the cases to the regional WHO office. This failure to report the outbreak initially amounts to a flagrant violation of Article 6 and 7 of the IHR. Yet, action against China for this negligence can only be taken through a dispute settlement mechanism. The latter being conditional on China voluntarily consenting to participate in these arbitration proceedings.

China’s actions are also violative of customary international law. The Articles of State Responsibility for Internationally Wrongful Acts (ARSIWA) drafted by the International Law Commission codified the customary law on State Responsibility. It defines an “internationally wrongful act” as an action or omission that “constitutes a breach of an international obligation of the State.” States could invoke responsibility even if they were not directly affected by the impugned action or omission if “the obligation breached is owed to the international community as a whole.” The articles also mandate the responsible state to pay reparations for the injuries, material or non-material, caused due to such an act of omission.

China’s oversight of its obligation to inform the WHO of the initial outbreak of the virus can be deemed as an “internationally wrongful act.” But whether such attribution would bear any legal consequences is debatable. The ARSIWA has not established any mechanism to ensure enforcement and compliance of legal consequences by the responsible state. It is also unclear whether China owed the obligation of notification only to the WHO or to the entire international community. The ability of other states to pursue legal remedies against China would be dependent upon the nature of the said obligation.

At the same time, it must be acknowledged and remembered that Taiwan was the first country to alert the WHO about a possible Coronavirus outbreak, which was disregarded. Taiwan is also among the leading countries that have been more successful not only at curbing levels of infectivity but also deploying multi-pronged response measures. Such measures have certainly helped in avoiding a total lockdown. The Taiwan example is a compelling one insofar as a re-examination of the structure and functioning of global institutions is concerned.  It highlights the role of power dynamics and influence play in the shaping of and participation within the international world order.

This pandemic has brought forth long-standing criticism of the WHO and its failure to further the scope of public health law. The IHR has been considered a failure in preventing an outbreak without disrupting world traffic. It is more preoccupied with the maintenance of a worldwide network of medical professionals to concentrate efforts on alleviating standards of public health and hygiene in underdeveloped countries. It has been criticised for not drafting any treaties or conventions, apart from adopting regulations, to establish customs or norms in the arena of public health law. Such a non-legal approach has rendered the WHO to the position of an advisory body rather than an organisation that can regulate a global health order.

With countries such as Brazil even refusing to acknowledge Covid-19 as a public health crisis, strict compliance with the guidelines becomes even more necessary. Absence of legal mechanisms to ensure compliance only provides room for member-states to act in a discretionary manner, leaving the chances of them taking adequate measures to good faith and trust. Scholars have long advocated for an increase in the legal capacity of the WHO to ensure more synergy between national health law and global health. This is to establish a comprehensive jurisprudence on public health law with, at the very least, the option to “contract out” or not adhering to the internationally agreed regulations being restricted.

Pratnashree Basu is an Associate Fellow at Observer Research Foundation, Kolkata, with the Strategic Studies and Maritime Initiative. She is a 2017 US Department of State IVLP Fellow. She tweets @PratnashreeBasu