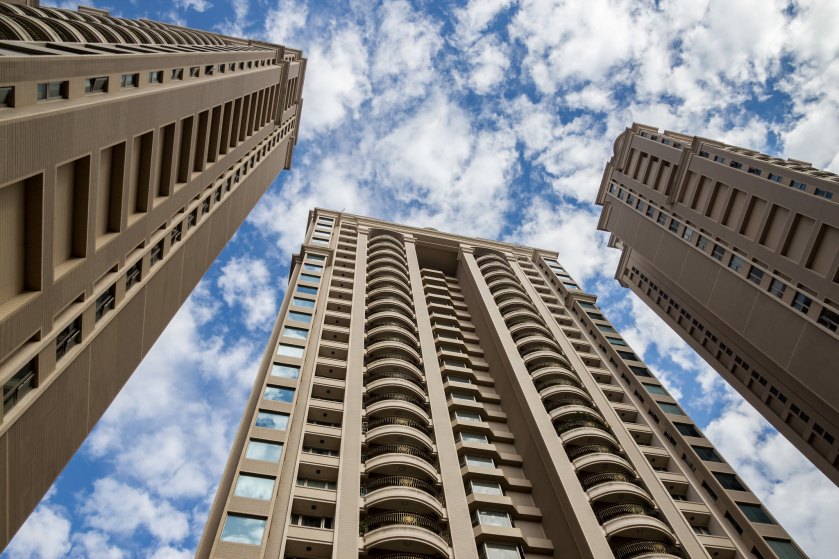 On May 28th, 2020, China approved the controversial national security law for Hong Kong. It is expected that Beijing’s latest intervention could well be the last straw that prompts many of its residents to leave the special administration region, and this has arguably already began to occur. Since the residents of this hub of tertiary sector-dominant hypocapitalism are likely to take their considerable capital, entrepreneurial spirit, business acumen and investments with them, several countries – including the United Kingdom – have shown an interest in welcoming and accommodating them. One of those places is Taiwan, whose similar language, customs and geographical proximity have already begun to make it a popular destination for self-exiled Hong Kongers.

Perhaps more than any other nation, Taiwan has been proactive in voicing support and laying out the welcome mat for Hong Kong residents seeking to flee the territory. On 24 May President Tsai announced that Taiwan would provide “necessary assistance” to Hong Kongers seeking refuge. On 27 May Tsai published a post on Facebook noting that the Executive Yuan was formulating a “humanitarian aid action project” to allow Hong Kongers fleeing the territory to resettle in Taiwan. The next day Chen Ming-tong, the Minister for the Mainland Affairs Council, outlined a series of assistance packages. On 18 June the government announced that it would set up a dedicated office to assist applicants. The debate has since continued to move forward – recently, scholars, legislators, and government related officials have even discussed the prospect of creating special laws and even special districts to attract and accommodate residents from the former British colony.

This has by no means been empty talk. The number of Hong Kongers migrating in Taiwan rose a stunning 41% last year, hitting over 5,000. Applications are continuing to trend upwards and it has been suggested that this year’s numbers could be much higher.

Yet while talk, planning and to an extent action on the issue of growing immigration from Hong Kong has developed and matured, one key topic has been glaring in its omission – housing and accommodation. This is an important issue for, putting aside the practicalities of needing to house a growing population, housing affordability, inflation and foreign investment have been very sensitive topics in Taiwan for some time. With a substantial increase of a population hailing from the locus of what, on most metrics, is the most overheated real estate sector on the planet, if the impact of these population inflows on the housing market is not managed carefully, it could lead to an upswell of dissatisfaction that could undermine the goodwill efforts of the Tsai administration to build and sustain support for initiatives that welcome Hong Kong immigrants.

To convey the gravity of this problem it is perhaps pertinent to point out recent developments in Taiwan’s housing market. Around 2008, Taiwan, then under the rule of former president Ma Ying-Jeou’s Kuomintang (KMT) administration, faced a widening gap between wage and consumer inflation, with housing prices leading the way. As pointed out by Chen Ming-Chi, Tsai I-Chun and Chang Chin-Oh, that period saw a “very high rate of increase and extremely large fluctuation in house prices” while “household income… increased only 4.4%”. They stressed that the “ratio of house price to income (PIR) in Taiwan has been about 4 or 5; however, this affordability index rose from 4 to more than 13. . . because the house prices jumped threefold” . In 2019, Taipei’s house price-to-annual income ratio has risen sharply from just 6.4 in 2004 (i.e., the median value of a property being equal to the aggregate of 6.4 years’ salary) to approximately 15.5, according to Taiwan’s Ministry of Interior.

From 2008 to 2019, the land prices in the Taipei city centre have steadily increased with no sign of declining, even after the government built several thousand public housing units. After coming into power in 2016, Tsai’s Democratic Progressive Government (DDP) tried to alleviate the housing problem by focusing on market transparency, housing subsides, and new taxes on real estate investment. Yet despite these efforts, the DDP government made little inroads in increasing affordability.

While this drastic rise in housing prices was most apparent in Taipei, the capital of Taiwan, it soon began to spread elsewhere. As it did, lax regulation in regional areas led to instances of de facto and de jure corruption – especially in government development projects. In 2010, the Miaoli county government designed an area in Dapu Village to build an industrial complex, which required the expropriation of land belonging to local residents. When the county government reimbursed the landowners, it indexed the pricing at the standard of an industrial estate, which brought values far below that which would apply to a residential area. After obtaining the land, however, the county government changed the project and used only one fourth of the land as an industrial complex, and transformed most of the remaining area to local developers for residential use. As a result of this, some former residents were unable to afford to buy a house on their own land. Many protested against the government’s actions and two people even committed suicide. The scandal captured widespread attention on the island and increased public anger at governments’ relationships with developers, management of development projects, and approach to housing more generally.

The problems for the Tsai administration are thus two fold. One the one side, a wave of young asylum seekers could add strain to Taiwan’s already stretched and poorly managed public housing resources. Yet the bigger problem could arise from those willing to relocate legally. Having lived in the most expansive housing market in the world, the average Hong Kong migrant may find Taiwan’s real estate prices to be comparatively cheap. Hailing from a place where real estate is a major and lucrative investment vehicle, many may find the local housing market to be a tempting target for investment, and if they were to sell off far more expensive housing assets in Hong Kong, they will be well positioned to be major players in the local real estate sector. Yet if this were to happen at the very time that discontent over housing continues to fester in Taiwan, and before further sufficient efforts have been made to refine regulatory mechanisms in the sector, it could both exacerbate existing problems, possibly lead to misgivings about the government’s policy of welcoming Hong Kong immigrants, and at worst, prompt resentment at both them and the government.

In summary, good intentions are laudable, but in the domain of public policy, they do not mitigate the need for solid planning. It is now time for the government to begin to outlay its vision and have a conversation on how it will manage the potential impacts on the housing sector of its policy of welcoming migrants from Hong Kong.

Yao-Hung Huang is an Assistant Professor at the English Department of the Fo Guang University.