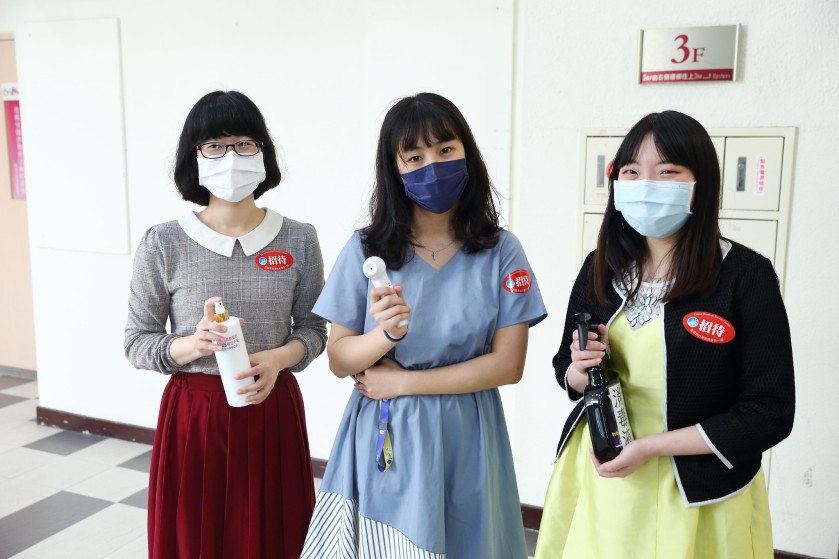 COVID-19 has cost thousands of lives outside of its place of origin and has put 20% of the global population under lockdown. It is hard to envision it not having a long-lasting impact. Many influential commentators have focused on how it has exacerbated the decline of globalization and intensified political tension and strategic competition among great powers. While many may crave a “return to normalcy,” if we are to address the challenges created by the pandemic more effectively and holistically, we need to do more than simply ask “whether we’re going back to where we were.”

Focusing on the question of whether we’re going back to where we were misses the point that the pre-COVID era was far from perfect. Social and economic inequality and democratic decay were already serious issues before the outbreak. In his 1944 masterpiece The Great Transformation, Karl Polanyi pointed out that the market is an institution that should be embedded in social relations, inferring that the market economy will be unsustainable if its prerogatives are overextended and if it detaches itself from society. On this point, the dominance of the neoliberal market economy has arguably weakened the role of government and made society less resilient to crises while empowering transnational corporations. The wellbeing of billions of people, both rich and poor, now relies on an overstretched global supply chain. The coronavirus outbreak has revealed the role this has played in exacerbating global inequality as the poorest have since born the greatest costs, such as sacked migrant workers in India who were either trapped far from home or had to trek across the country after the imposition of a nationwide lockdown. The seemingly omnipotent international market economy was suddenly rendered dysfunctional, and was the cause of broader dysfunctions, as the fear of infection gripped societies across the world.

In order to repair the damage this has caused and prepare for crises in the future, resilience must be strengthened so that the market economy can be revitalized and become more sustainable. Although the idea of social resilience traditionally focuses on the capacity to respond to external stresses at a community level, there are grounds for it to be expanded to cover partnerships across sectors so as to better reflect the fact that states, firms, civil societies, and individuals are indispensable to each other when emergencies occur. The problem with this is that while it gives governments a prerogative to act to contain the contagion of a dysfunctional market economy, the expansion of government power during a time of emergency can trigger concerns about the rise of authoritarian modes of governance.

Such concerns offer a good reason to study Taiwan’s model of disease control. As of May 12, Taiwan only had 440 positive cases despite being one of the first countries to report confirmed cases and its geographical proximity to China. Since the early detection of the outbreak in Wuhan, the Taiwanese government has implemented measures that include hundreds of action items to break the chains of transmission. Most importantly, Taiwan was able to do this without employing the harsh authoritarian and anti-democratic measures seen elsewhere in the region. Taiwan’s example, as such, offers a model on how to overcome the apparent conundrum of taking strong pandemic prevention measures without creating a leviathan through the expansion of state power.

Deepening Partnerships as a Solution to Popularism and Authoritarianism

Democracy has arguably been in retreat for more than a decade and the recent pandemic has provided those with authoritarian tendencies an opportunity to adopt emergency disease control measures that could impinge upon individual freedom. This has given rise to the conundrum that respecting individual freedoms and implementing effective disease control measures could be incompatible. Emergency measures have raised considerable doubts over governments’ motives – such as in Hungary and Israel, where the temporal suspension of certain laws appears to have furthered the interests of the incumbent governments. But more generally, tensions between governments and their people has also appeared to be unavoidable, since populations educated in the basic principles of traditional democratic theory see governments as power-seekers, and are ever-vigilant against proactive government policies that could appear to serve these ends. However, it does not have to be this way. A different vision of the partnership between government and society can be implemented that reduces tensions, builds trust, and maintains checks and balances.

On January 24, the Taiwanese government took control of the production and distribution of surgical masks, and recruited manufacturers to boost productivity through government subsidies. Such an intervention in the market economy could have triggered the alarm of a central-planning tyranny. Nonetheless, due to the scarcity of surgical masks, it was broadly accepted that the market economy would not be the most efficient and equitable mechanism for distributing this critical resource. Responding to the possibility of panic and social disruption should the market fail to meet the rising demand for surgical masks, the enormous increase in productivity (from 1.8 million to 17 million per day in 4 months) and the improvement of distribution mechanisms (individuals can purchase and collect rationed orders at the nearest convenient stores) contributed to a strong sense of security which strengthened community solidarity.

Two moments were critical in Taiwan’s battle against the spread of COVID-19. First, Taiwanese expatriates decided to return after the dramatic increase of confirmed cases in the US and Europe, which caused the number of confirmed cases in Taiwan to experience double digit growth in late March. A second wave was caused by a cluster infection among crew members on navy vessels. These two events stirred anxieties in Taiwanese society. However, a proactive and coordinated response involving all concerned parties prevented these situation devolving into zealous witch hunts and social othering. Other measures prevented the coronavirus from feeding populism and xenophobia. For instance, the government put a moratorium on penalties for migration offences to encourage all illegal immigrants to report to authorities so that they can be tested and receive medical treatment if infected.

In these cases efforts to strengthen the partnership between the Taiwanese government and society prevented the worst-case scenarios from occurring. A result of this is that the disease has been kept under control without the need to resort to draconian measures such as austere lockdowns. Alongside the government, the market and the society have remained vibrant, and can continue to play their roles as key pillars of a healthy, functional democracy.

Toward a More Resilient Global Society

The pandemic almost certainly originated in China, and as it has abated there, that nation has exploited a window of opportunity to consolidate its growing power by donating medical supplies to western countries struggling to flatten the curve (i.e., the so-called mask diplomacy). At the same, Chinese diplomats launched a furious media campaign, described as wolf warrior diplomacy (named after a hyper-nationalist Chinese action movie), through which it attacked critics and attempted to provoke a blame game by misleadingly accusing the US as being the birthplace of the virus. Through these measures, China has attempted to reshape the narrative away from its initial mishandling of the pandemic and portray Western countries as incompetent.

These measures have hindered efforts to build a more resilient global society, and have strengthened tensions between great powers. Moreover, transforming counter pandemic efforts into a flamboyant celebration of national power could take attention away from the pandemic’s likely long-lasting impact on poorer nations. With rising mistrust and antagonism, the post-COVID world could be a more divided one in which those who live in the least developed countries could find themselves left on their own.

By contrast, Taiwan’s response has shown how strengthening national resilience in the wake of a global health emergency need not prompt parochial nationalism, and can operate alongside measures to strengthen global solidarity. For instance, as part of the “Taiwan can help” campaign, Taiwan has launched several rounds of face mask donation campaigns through which it has supplied more than 20 million surgical masks to countries around the world. Of these, 4 million were donated by Taiwanese individuals. An option to donate a portion of each citizens quota of masks has been made available through a government-developed mobile app. Through these measures, participation in government schemes reinforces the concept of global citizenship.

Due to its problematic diplomatic status, Taiwan has a long history of enlisting civil society and business communities to forward its foreign policy aims. The former have long assisted the government to build partnerships with countries with which Taiwan does not enjoy formal diplomatic relations. In line with this, Taiwan’s business communities in Southeast and South Asian countries have donated medical supplies, complementing the 1.6 million face masks donated to the region by the government. This ability to coordinate efforts to assist partners in the region has been strengthened by the New Southbound Policy (NSP). Through a people-centred and holistic approach to regional partnerships that balances the interests of both investor and recipient, state and non-state actors, the NSP has offered an alternative to states who have become disproportionately dependant on China and have been subject to various forms of exploitation by foreign corporate interests. We are not going back to where we were, but programs like the NSP offers lessons on how states and communities can come together to make our global society more resilient in the face of global crises.

Cheng-Chia Tung serves as an assistant research fellow in the Taiwan-Asia Exchange Foundation (TAEF). His research interests cover human rights, political theory (with a specialisation in just war theory), and theories of international relations. He received his B.A. in Diplomacy from National Chengchi University and his MSc in International Political Theory from the University of Edinburgh.