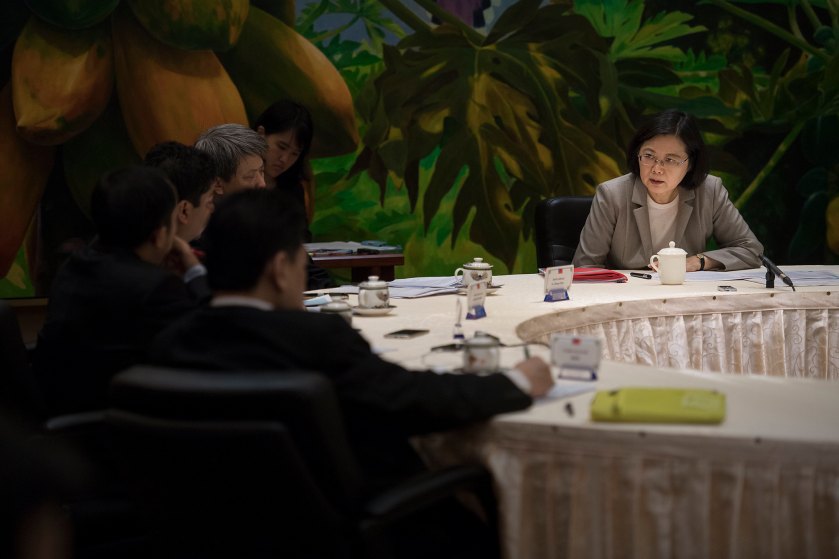 Tensions over cross-strait relations and the United States’ (US) involvement are not a new phenomenon. The problem remains unresolved as the People’s Republic of China (PRC) claims that the Republic of China (ROC) is a breakaway mainland province. However, about 64 per cent of Taiwan’s population perceives themselves as Taiwanese rather than Chinese despite the absence of any official call for independence. Even though the US officially performs under the one-China policy, it has continued to ensure the existence of the ROC separately for over 50 years.

Over the last few decades, the nationalism based Chinese policy on Taiwan’s independence took numerous stands, such as the ‘one country, two systems’ principle, passing anti-secession laws, and/or improving economic ties with Taipei. Further, the change in political regime and leadership made Taiwan interact differently with the US and PRC over the last two decades. Ever since Taiwan’s current president Tsai Ing-wen, leader of the Democratic Progressive Party (DPP), came into power, she has departed from her predecessor, Ma Ying-jeou. She has developed a much closer relationship with the US, leading China to show its assertiveness.

Over the last few months, there has been global concern about whether the PRC might involve military aggression or action over Taiwan. In April 2021, a record number of 25 Chinese fighters flew over Taiwan’s so-called air defence identification zone (ADIZ). Not only that, but China has also sent aircraft carriers near Taiwan’s coast, which has been declared as a part of their regular exercise. According to a report published by Observer Research Foundation (ORF), China has rapidly increased its military investment and modernisation of its Peoples Liberation Army (PLA) in the last decade. In 2021, Taiwan has increased its defence budget by 10.2 per cent, making it $15.24 billion compared to $183.5 billion of China, which easily reflects the growing military difference. Despite the increase in defence spending from Taipei, it is negligible compared to the military threat and aggression possessed by the PRC. Taiwan’s security vulnerability is not restricted to the traditional security paradigm. Instead, there is a question over its economic security as well. Taiwan’s economy is reliant on trade with PRC, which is the islands biggest trading partner. According to the Ministry of Finance (ROC), as of 2021/5/22, about 23% of Taiwan’s total trade is dependent on PRC. All of which reflects the vulnerability towards Taiwan’s defence and economic security.

Given these circumstances, if Taiwan is to ensure its short and long term defence and economic security, the island must stay firmly committed to the US-led Free and Open Indo Pacific Strategy (FOIP). The US Department of State’s 2019 FOIP progress report mentions four strategic principles: “Free, fair, and reciprocal trade, open investment environments, good governance, and freedom of the seas.” These are principles that cohere with Taiwan’s requirements. Thus, FOIP allows Taiwan to deepen its economic relations and enmesh itself with a sense of shared security with the like-minded states of the Asia-Pacific region. This indirectly aligns with Taiwan’s New Southbound Policy of redirecting Taiwan’s commerce from mainland China. As Taiwan has the world’s leading semiconductor industry, it provides chips for automobiles and smart devices. Therefore, finding opportunities to build further ties with developed economies, such as Japan and Australia, would safeguard this vital industry.

Thus, as the US reassures its commitment to international liberal trade and freedom of navigation, FOIP would strengthen Taipei’s trade and commerce via the Taiwan Strait. As the US Navy war-ship sail and transit through the Taiwan Strait, it continues to provide some assurance for freedom of navigation, reflecting Washington’s firm commitment toward FOIP. Moreover, FOIP also allows Taiwan to increase its diplomatic engagements, such as taking part in Asia Pacific Security Dialogue or Taiwan-US-JAPAN Indo-Pacific Security Dialogue, which are ideal for bringing Taipei back in the international arena.

On the other hand, Taiwan’s own New Southbound Policy attempts to redirect its economic and trade activities by increasing its regional engagement with Southeast Asia, South Asia, Australia and New Zealand. This flagship program consists of policies to boost Taiwan’s outreach and regional integration in different areas such as culture, education, health, agriculture, technology, and economic assets. Unlike in FOIP, partnering with regional powers, the NSP is Taiwan’s effort to outreach and extend its economic and social ties with developing countries of South and Southeast Asia.

Realising the government’s difficulty in taking initiatives among Southbound countries due to China’s political pressure, the NSP has taken a people-centric approach. With the NSP, Taiwan can diversify its trade and supply chain, benefiting from further economic ties with South and Southeast Asian countries, reducing its economic dependence on Beijing. By developing a people-centric approach, the NSP would help Taiwan achieve its long-term goal of building a relationship and increasing regional connectivity with Southbound countries based on people bonding and exchanging cultures.

The NSP and the question of South Asia:

Based on Taiwan’s previous GO South policy, the island is making good progress with Southeast Asian countries. Even though the NSP considers it essential to interact with South Asian countries, it still lacks notable interactions. Taiwan’s lack of expertise and knowledge in South Asia hinders its regional outreach. Thus, by utilising its sharp power political influence, China restricts South Asian countries from having official diplomatic relation with Taiwan. Consequentially, countries such as Bangladesh and Pakistan interact unofficially. Despite such difficulties, there is room for Taiwan to establish economic interaction based on people to people connectivity targeting the 1.83 billion population of the region. For example, as students in South Asia have shown great potentiality worldwide in science and technology, it creates the opportunity to attract students or faculties based on research and collaboration. Also, as agriculture is one of the primary sources of income and living for South Asia, Taiwan can share its technological skills with various regions for further collaboration.

Furthermore, South Asia, which often lacks advanced health care systems, relies on medical tourism in Thailand, Singapore, or Malaysia. This provides Taiwan with an opportunity of attracting medical tourism and students from South Asia due to its advanced health care and technology. Such a people-centric approach would help Taipei diversify its economic interaction and develop an awareness of South Asia political scenarios.

Where does FOIP and the NSP Converge for Taiwan?

Despite some notable differences, such as FOIP being government to government initiative while the NSP has a people-centric approach, both strategies are mostly similar. FOIP and the NSP are based on the principle of forming a group or network of partners based on some common or shared values. Both strategies place Taiwan at a higher position in the regional political landscape to decrease its dependence for ensuring its security based on hard power. Also, FOIP and the NSP tend to connect with relevant stakeholders, preventing Taiwan from PRC’s future ill political ambitions. The factor of safeguarding economic security with the help of trade and collaboration is where both strategies meet the most. Besides these principal areas of similarities, both strategies preach good governance based on emphasising the need for long-lasting soft power. Similar to FOIP, Taiwan’s NSP explicitly mentions, “the spirit of the New Southbound Policy is upheld through Taiwan’s leveraging of its soft power to contribute to regional development.”

Regarding security, both strategies are mutually exclusive regarding freedom of navigation and movement. For FOIP, navigation is for global trade, while for the NSP, it is for regional connectivity with goods, people, and ideas. Both these signature initiatives allow Taiwan to increase its diplomatic outreach, restricting its further exclusion from the international community. It also increases opportunities for integrating Taipei back into international organisations, such as WHO, ICAO, and INTERPOL. Moreover, as Taiwan’s NSP policy aims to grow stronger ties with ASEAN, South Asia, Australia, and New Zealand via collaborations and regional exchanges, it ultimately caters to the US-led FOIP with the motive of ensuring peace and security in the Indo-pacific region.