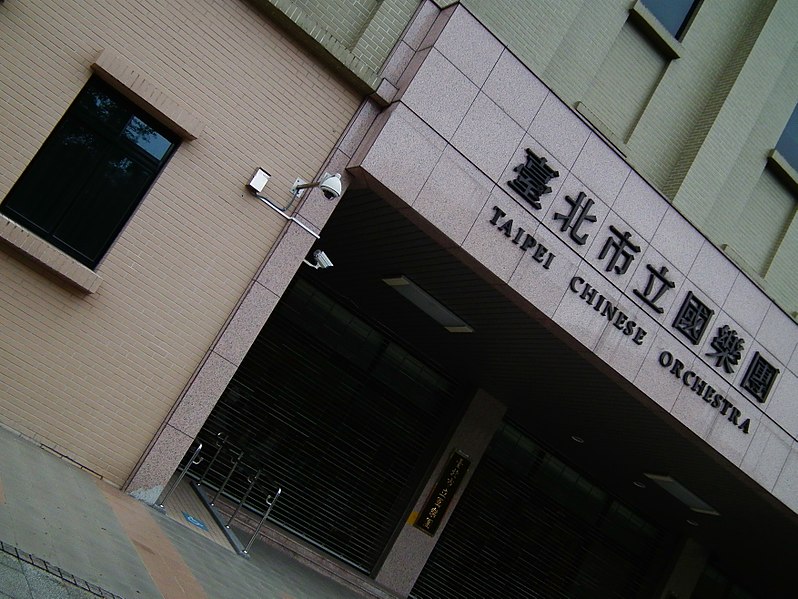 From the late nineteenth century onwards, Chinese musical culture has been significantly impacted by the importation of Western music. Chinese musicians and intellectuals, therefore, began to organise an orchestra with Chinese instruments as a way for pursuing musical modernisation. The establishment of the music section at the Central Broadcast Station in Chongqing in 1935 was the most prominent example of this trend. By presenting this new ensemble at international occasions, the modern Chinese orchestra was further promoted as ‘Gou Yue (國樂),’ meaning ‘national music,’ in the first half of the twentieth century. At the end of the Chinese Civil War (1945-1949), the government of the People’s Republic of China (PRC) in China renamed the Chinese orchestra as Min Yue (ethnic music, people’s music, or folkloric music, 民樂). In contrast, in Hong Kong in the 1970s, it was renamed Zhong Yue (Chinese music, 中樂) for political reasons. However, Taiwan’s nationalist government retained the name, Gou Yue. Even though the names used to describe the contemporary Chinese orchestra have differed, the tendency to imitate the Western orchestra has been largely the same in these three places.

Gou Yue as a Cultural Symbol of China

As the Chinese Cultural Revolution broke out in 1966, the nationalist government in Taiwan implemented the Chinese Cultural Renaissance Movement to promote an antagonistic ideology against the PRC government and legitimise itself as the legal representation of China. During this period, the works performed by the Chinese orchestra generally complied with the governmental protocol. Ancient Chinese melodies were rearranged for the Chinese orchestra, such as A Moonlit Night on the Spring River (春江花月夜), and Plum-blossom in Three Movements (梅花三弄). Meanwhile, musicians of Chinese orchestra composed new works for concert performance, which demonstrated a vivid connection with the history or literature of China. For instance, inspired by Cao Zhi’s The Goddess of the Luo, Wang Cheng-Ping, a pipa player, and conductor, wrote a musical piece for the Chinese orchestra with the same title. Within this context, the favoured status of Gou Yue was further strengthened and connected to the state of the Republic of China.

The Localisation of Gou Yue in Taiwan

In the late 1980s, Taiwan’s political atmosphere began to change, with the lifting of martial law in 1987 constituting a pivotal moment. This was followed by the emergence of the ‘ben tu hua’ (localisation) trend in the early 1990s. Consequently, scholars began to divert their attention from expressing Chinese musical features to emphasising Taiwanese musical elements through a symphonised Chinese orchestra to establish a local identity of this imported ensemble form in Taiwan. Against this background, the number of musical works for Chinese orchestra featuring Taiwanese cultures, such as nanguan, gezaixi, and aboriginal music, saw growth from the late 1990s onwards.

Is Gou Yue a Localised Genre?

In addition to the Taipei Chinese Orchestra, there are other two professional Chinese orchestras in Taiwan, including the Experimental Chinese Orchestra (now known as the National Chinese Orchestra, Taiwan), established in 1984; and the Kaohsiung Chinese Orchestra established in 1989. Although the localisation of Gou Yue has been being progressed for more than two decades, its association with Chinese culture could still be identified in the musical works. The production of Farewell My Concubine,the representative musical work for the Taipei Chinese Orchestra’s 30th anniversary, was a vivid example. Farewell My Concubine was a double concerto performed with the cello, Jinghu, and the Chinese orchestra composed by Chung You-Kwong in 2010. The composition centres on the night before the Gaixia Battle—the final battle fought between Xiang Yu and Liu Bang, who later founded the Han Dynasty. Forced into a hopeless situation by Liu Bang, Xiang Yu struggled to find one last opportunity to survive. Xiang Yu’s wife, Yu Ji, attempted to comfort him before the battle by performing a sword dance before him. She then killed herself to compel Xiang Yu to focus on the battle. Chung incorporated numerous musical elements from the original Peking opera (also known as national opera in Taiwan), Farewell My Concubine, in his composition, including its characteristic performing style, slow singing and fast bowing (緊拉慢唱). In an interview, Chung also regarded the musical elements from Peking opera as the cultural tradition of modern Chinese orchestra. The composition of Farewell My Concubine suggests that Gou Yue in twenty-first-century Taiwan is still not a fully localised genre.

It must be noted that when professional Chinese orchestras were founded in the late 1970s and 1980s, the nationalist government of the Republic of China lost its legal representation of China to the People’s Republic of China in international politics. Within this context, the development of Gou Yue in Taiwan could hardly be separated from political concerns. Although practitioners of Chinese orchestra have been attempting to draw connections between this genre and Taiwan, an inclination of regarding Chinese music as the root of Chinese orchestra could still be identified in its repertoire, such as Farewell My Concubine. Therefore, the paradox of Gou Yue is not only a musical issue but also a political issue. Moreover, it reflects Taiwan’s uncertain national identity. Thus, it is ludicrous to claim that Taiwan is both under the delegacy of China and an independent sovereignty that is not widely recognised internationally. By way of conclusion, the question which interrogates ‘which nation does Gou Yue represent?’ is as controversial as Taiwan’s non-/national status and awaits to be answered.

This article was published as part of a special issue on Music of Taiwan.