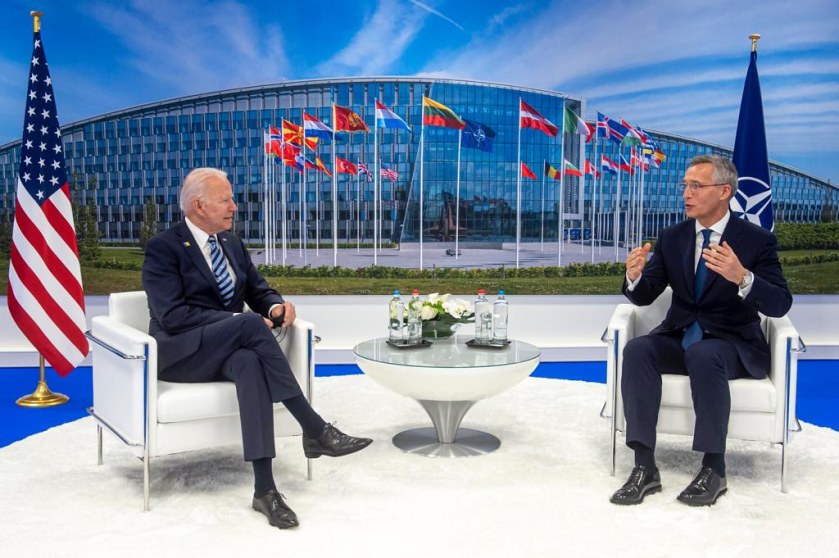 Over the past few months, President Biden has made some statements that show increasing clarity on where he stands on Taiwan.

A commitment to help defend

The first episode took place in mid-August 2021, when – in the aftermath of the Fall of Kabul and the US withdrawal from Afghanistan – Biden was asked in an ABC interview by George Stephanopoulos whether other allies such as Taiwan could count on the Americans. In his answer, Biden stated: We have made — kept every commitment. We made a sacred commitment to Article Five that if, in fact, anyone were to invade or take action against our NATO allies, we would respond. Same with Japan, same with South Korea, same with– Taiwan. It’s not even comparable to talk about that.

The fact that he mentioned Taiwan in the same breath as “NATO allies, Japan and South Korea” – countries that have formal security guarantees from the United States – prompted a lot of handwringing in the press and among some think tank observers.

The confusion was exacerbated when, later the same day, an unnamed White House official explained that “US policy has not changed,” leading many to conclude that Biden’s statement had been “walked back.” In an earlier article in The Diplomat, we argued why that was not the case.

The second episode happened a couple of months later, when on October 21, 2021, in a CNN town hall meeting in Baltimore, President Biden was asked twice whether the US would protect Taiwan if China attacked. “Yes, we have a commitment to do that,” he said.

Again, there was a rather unhelpful “clarification” from the White House that “US policy has not changed,” and the press went into overdrive to explain that Biden’s statement had “deviated” from established US policy as laid down in the “strategic ambiguity” concept.

Then, just last week – when he was visiting New Hampshire to highlight the importance of the recently-passed infrastructure legislation – Biden elaborated on his virtual summit with Chinese President Xi Jinping the previous evening. First, he said he expressed his concern to Mr Xi about China’s behaviour threatening stability in the Taiwan Strait. He then stated: “We made very clear we support the Taiwan (Relations) Act, and that’s it. It’s independent; it makes its own decisions.”

Later on, Biden added that he emphasised that it was up to the Taiwanese to decide their future: “I said that they have to decide — Taiwan, not us. We are not encouraging independence. We’re encouraging that they do exactly what the Taiwan (Relations) Act requires. That’s what we’re doing. Let them make up their mind. Period.”

The three statements are evidence of an emerging clarity in the mind of the President that defending Taiwan and its democracy is an essential element in defence of the rules-based international order that was built up with much effort after WW-II.

Together with like-minded countries in Europe, Asia, and allies like Japan, Australia, and New Zealand, can the US preserve that order? Or will it be undermined by an authoritarian China dominating Asia (and extending its influence into Latin America, Africa etc.) and replace it with a system where Orwell’s 1984 is the norm?

The Biden Administration has rightly pushed back against this by emphasising the Free and Open Indo-Pacific and building alliances such as AUKUS, the QUAD etc. His views on Taiwan are an essential ingredient of this policy.

But does it somehow not jibe with “existing policy”? Yes, the US has a “One China” policy, which recognises the government in Beijing as the government of China. But the US has never recognised Taiwan to be part of that China: it has only acknowledged/taken note of the Chinese position. It has always emphasised that a peaceful resolution needs to be found, consistent with the wishes and best interests of the Taiwan people. Biden’s statements are entirely in line with that.

So, where does “strategic ambiguity” fit in? As emphasised earlier, it is not a policy in and by itself. Nowhere in the basic policy documents that encompass US policy – the Taiwan Relations Act, the Three Communiques, or the Six Assurances – can one find any reference to it. And no US government official has ever stated that it is a “policy.” But somehow, it keeps reverberating in the echo chamber of the media and think tanks.

To better understand the concept, one could perhaps compare it to the gearshift on a bicycle. The “policy” – here – is to move from A to B and arrive at your policy’s goal. In this case, this is a peaceful resolution and a decision on their future by the Taiwanese themselves. To get there, sometimes you go in a higher gear, and sometimes in a lower gear, depending on the obstacles thrown our way by China.

And, in any case, as defined by Joseph Nye during the 1996 Taiwan Strait crisis, “strategic ambiguity” basically means that whether we will come to Taiwan’s defence “depends on the circumstances.” It does not say we will not come to Taiwan’s defence, but we will go through the required Constitutional decision-making with Congress if the circumstances warrant it. The same process applies in the case of NATO allies, Japan, and South Korea.

Too many of the previous US decisions related to Taiwan – particularly in 1971-2 and 1979 – were taken over the heads of the Taiwanese people. They have worked hard to achieve their democracy. They have faculty to decide their own future. And that is what President Biden emphasised with his remarks in New Hampshire.

Taiwan is now a vibrant democracy. Keeping it dangling in political isolation is not in keeping with our fundamental democratic and human rights values. Why would a democratic country of 23.5 million be excluded from the UN, while we do allow some vicious dictators there? Isn’t there something wrong with that picture?

The Biden administration has recognised this, and it was excellent to see the call by Secretary of State Tony Blinken on October 25, 2021, to enhance Taiwan’s international participation in the UN and other organisations. Thus, collectively we need to find new ways to involve Taiwan in the international family of nations and have the voice of the Taiwanese be heard.

Gerrit van der Wees is a former Dutch diplomat. From 1980 through 2016, he served as chief-editor of “Taiwan Communique.” He currently teaches the history of Taiwan at George Mason University and current issues in East Asia at George Washington University.