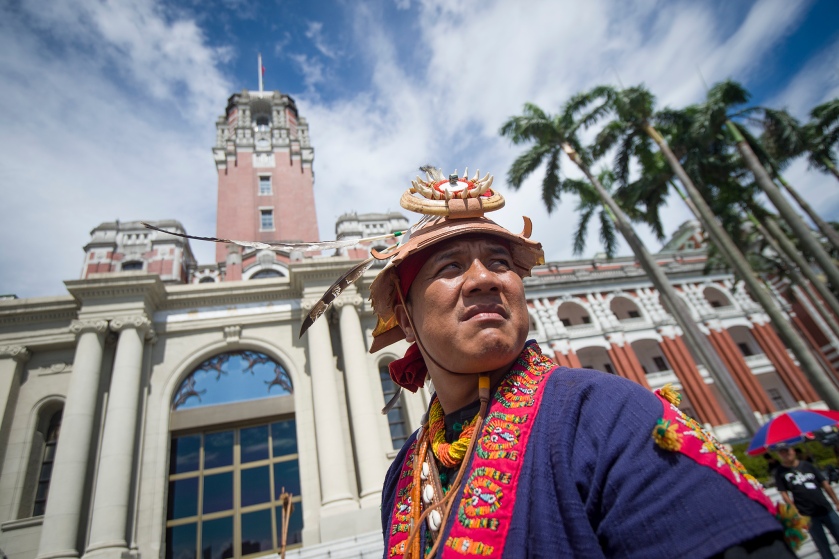 Amidst the upheavals of this pandemic period, few would recall that 2019 was the International Year of Indigenous Languages, and fewer still realise that the International Decade of Indigenous Languages 2022-2032 is about to commence. Both were declared by the UN General Assembly, a space in which Taiwanese voices are not heard. However, Taiwanese Indigenous representatives have participated in the UN Permanent Forum on Indigenous Issues (UNPFII), which joined UNESCO in calling for urgent action to arrest the declining use of native tongues worldwide. Alongside other Indigenous representatives, they could convey their communities’ concern about this cultural erosion and how teachers and other community members strive to revitalise languages.

Of course, that concern was first raised with national governments. As Taiwan has done, one potential state response is acknowledging assimilationist educational policies and allowing Indigenous languages into the classroom.

It is also possible to legislate for a broader range of institutional responses. In June 2017, Taiwan’s Legislative Yuan passed the Indigenous Languages Development Act (ILDA). This was a commitment Tsai Ing-wen enunciated in her August 2016 presidential apology to Indigenous peoples (a connection I discussed in Melbourne Asia Review), so delivery of this promise was relatively swift. Yet legislative proposals relating to Taiwan’s Aboriginal languages were drafted as far back as the early 2000s. Had a law been enacted then, Taiwan would have been among the first movers in legislating in support of Indigenous languages. At the start of this century, in the Americas and Oceania, only New Zealand and the United States had national laws on Indigenous languages. The latter chiefly addressed funding for programs in tribal schools, rather than broader measures. But the last two decades witnessed a string of Indigenous language laws: Mexico, Peru, and Guatemala in 2003; Venezuela in 2008; Colombia and Panama in 2010; Paraguay and an expanded Peruvian law in 2011; Bolivia in 2012; an updated New Zealand law in 2016; and Canada in 2019. Draft legislation was introduced to the respective congresses of Ecuador and Chile without gaining approval. In Australia, the federal parliament has not considered any proposals; at the subnational level, there is only the Aboriginal Languages Act 2017, in my home state of New South Wales.

Although this succession of statutes may suggest something of a copycat effect, in fact, the laws vary considerably in both context and content, with further divergences in implementation and effectiveness. While all accord official recognition to Indigenous languages, some laws impose few new responsibilities on state organs or do not grant linguistic rights beyond those in human rights treaties, like the right to an interpreter in criminal proceedings.

In Mexico and Guatemala, peace agreements resolving conflict between state forces and Indigenous peoples required the respective governments to legislate on Indigenous languages. Canada’s recent enactment followed revelations about another form of violence by colonising state institutions: the 2015 report of the Truth and Reconciliation Commission (TRC) into the residential school system (which took First Nations children away from families to assimilate them, resulting in language loss, abuse and trauma) urged federal action to support language revitalisation. New Zealand passed its first statute after the Waitangi Tribunal determined that governments had breached language-related commitments in the 1840 Waitangi Treaty between British settler authorities and Māori leaders.

Paraguay’s law passed in the window of opportunity afforded by a short-lived reformist presidency. In Colombia, a new culture minister decided to focus on linguistic diversity and persuaded the national congress to approve a law; with the government beset by criticism for human rights abuses and political scandals, a pro-Indigenous law lacking a specified budgetary commitment had good prospects.

In other Latin American countries, no contextual feature made Indigenous language legislation inevitable. From 1987 onwards, nations in the region tended to grant constitutional recognition to Indigenous peoples and languages, typically during democratic transitions after periods of conflict, one-party rule or military dictatorship (one reason why this part of the world offers pertinent case studies for comparison with Taiwan). Although most of these laws addressed educational dimensions, in no case was the existence of the law a prerequisite for bringing Indigenous languages into classrooms, as policies of “Bilingual Intercultural Education” for schools in Indigenous communities were implemented throughout Latin America from the 1970s onwards – albeit often under-resourced, with insufficient teacher training, minimal language components, and restricted to traditional territories rather than being made available for the many Indigenous children now living in cities. Taiwan’s approach is distinctive in this respect: its Indigenous children are entitled to a weekly lesson in their tribal language even if residing far from their homeland or being the only such student.

Most of the laws under consideration established a new entity with responsibilities regarding Indigenous languages, but with significant differences. Guatemala’s legislation gave new duties to the academy for Mayan languages, founded in 1990. In Peru, a regulating decree allocated numerous functions to a specialist division of the culture ministry. Panama’s legislation focused on enhancing pre-existing bilingual intercultural education, so its new entity is a dedicated unit within the education ministry. Mexican and Venezuelan statutes both created a national institute for Indigenous languages, with functions going beyond issues related to school systems. The Colombian entity is merely an advisory council – set up later than the law stipulated, meeting only a few times each year, andshort on staff, funding and powers. In Bolivia, an institute had been created two years beforehand by a new education law; in a provision not matched anywhere else, that body’s tasks include creating institutes of languages and cultures for each of the country’s dozens of indigenous peoples, a process that has been occurring progressively.

New Zealand’s 1987 language law established the Māori Language Commission. Unlike other countries discussed here, it has only one Indigenous language, and could look to European minority language models, such as the commissions in Wales and Ireland – which are also comparable jurisdictions in terms of socioeconomic development. Yet in multilingual Paraguay, the Language Policy Secretariat also mainly works with one language, Guaraní. Although authentically Amerindian in origin, Guaraní is used, generally in a diglossic relationship with Spanish, by a majority of the non-Indigenous population; the groups that actually identify as Indigenous speak various threatened languages that receive much less attention.

Canada’s legislation provided for an Office of Commissioner of Indigenous Languages, whosecommissioner and three directors were appointed in June 2021. The federal government significantly increased funding for Indigenous languages after the TRC Report; this year’s discovery of hundreds of unmarked graves at former residential schools is likely to boost resourcing further.

In Taiwan, ILDA also created a new entity, the Foundation for the Research and Development of Indigenous Languages, launched in 2020. However, this does not differ significantly from the Indigenous Languages Research and Development Centre that existed from 2016-2020. Rather, the Council for Indigenous Peoples (CIP) remains responsible for coordinating most language activities, as it has since the 1990s, cooperating closely with the Ministry of Education regarding language teaching and teacher training. In effect, Taiwan already possessed the kind of state entity that had to be created elsewhere, with Indigenous personnel in place. It has the added advantage of a government ministry’s secure resourcing, which means language advocates in Taiwan’s Indigenous communities are in a better position than their counterparts in Australia and the United States, where most funding comes through competitive grants for projects, with the need to reapply every one to three years.

Many aspects of the Taiwanese approach to Indigenous languages are not found in other countries, and these generally predate ILDA. These include subsidies for nannying (individualised childcare) undertaken in Aboriginal languages; funding for Indigenous language activities within churches; and, for specified endangered language varieties, payments for mentors and mentees.

Taiwan’s system of Indigenous Language Proficiency Exams, whereby applicants for university entry and civil service jobs are rewarded for linguistic achievement, has analogues in Europe, such as Spain’s Basque Country, but is a rarity in the Americas and Oceania. Its invention of an economic incentive to acquire Indigenous language skills could be of interest to language institutions elsewhere and is more likely to find imitators than the Bolivian legislative provision that gave public servants three years to learn a local Indigenous language – or lose their jobs.

ILDA imposes language use obligations on local governments and transport operators that are stronger than in other countries. It also requires TITV (Taiwan Indigenous Television) and other publicly funded Indigenous broadcasters to have at least 50% of content in Indigenous languages, a requirement not facing TITV’s Australian and Canadian counterparts (New Zealand has a channel entirely in Māori language, resembling broadcasters in European minority regions).

This brief survey suggests that Taiwan’s Indigenous languages approach would rank highly overall if entities like UNESCO or the OECD were to include it in cross-national evaluations. Taiwan’s policymakers could also learn from such scrutiny – just as its Indigenous language advocates have taken note of the experiences of their peers in New Zealand and Hawai’i. While Māori and Hawaiians can undergo education entirely in their own language from pre-school to PhD, no such possibility exists for any Taiwanese Indigenous language. Māori- and Hawaiian-medium education began in the early 1980s with the creation of “language nests” for pre-schoolers, with levels added step-by-step as the cohort progressed. Indigenous language nests have now been set up in Taiwan. Might this point to one way in which the end of the International Decade of Indigenous Languages will differ from its start?

Brett Todd is a visiting scholar at National Taiwan Normal University, on a Taiwan Fellowship from the Ministry of Foreign Affairs. Having examined minority language policies in Colombia for his PhD, in a forthcoming book with Springer he will take a broader look at state actions to support Indigenous languages, evaluated as forms of reparative justice.