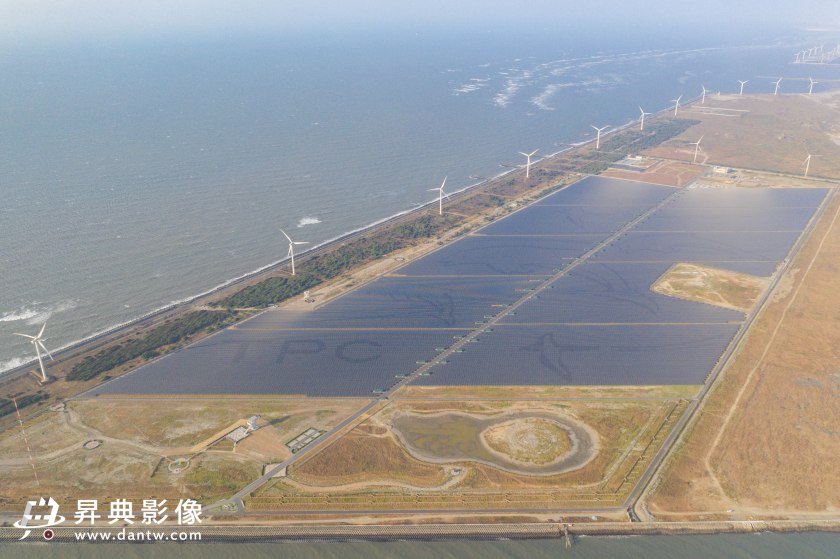 As “climate” became the new paradigm of governance and diplomacy, the low-carbon transition in Taiwan found itself caught between choosing more energy self-sufficiency or more food sovereignty. In light of the Tsai administration’s energy transition goal of building 20 gigawatts (GW) of solar energy capacity by 2025, the target of ground-mounted solar energy is 12 GW. Nevertheless, reaching 7.1 GW by the end of 2021 has triggered considerable disputes that impede the schedule.

On July 7, 2020, the Council of Agriculture (CoA) announced to amend the “Regulations on the Management and Approval of Agricultural Land Changes and Use by the Agricultural Competent Authority.” They stipulated that except for the confirmed case, the farmland of fewer than two hectares is no longer allowed to install solar photovoltaic. The incident was jokingly called the “Double-Seven Incident,” referring to the “Marco Polo Bridge Incident” in Chinese history that changed the complexion of the war in a day. The CoA was frightened by the general impression of arbitrarily discharging farmland. Therefore, they tightened up the restriction right when some media disclosed the disorder of farmland management occurring all over Taiwan (Tsai 2020). Why did the CoA take the concession so easily?

Decades after opening to free trade, Taiwan’s food sufficiency rate has slid and maintained between 30-35% after 2003 (CoA 2020), reflecting a severe food insecurity status that has raised public concern over the quantity and quality of farmland. Although referring to other lately industrialised countries, it is prevalent that the agricultural share of GDP shrinks in the history of industrial transition, the decrease of employment in the agricultural sector still indicates the risk of losing food security, food sovereignty, and even State sovereignty. Moreover, the number shows that every bite you have from your meal is only 30% produced from the material cultivated, raised, butchered in Taiwan. This partly implies a risk of food crisis incurred by extreme situations such as pandemics, market volatileness, or war.

The decline of agriculture and the decrease of land, labour, and other capital becomes a vicious circle. Apart from insufficient labour, the conversion of farmland is another irreversible transformation of Taiwan agriculture, since land needs years to return arable after being covered by concrete, not to mention the perplexity of removing the usage on top of it. The legal arable farmland in Taiwan is 790 thousand acres, decreased 14% since 1976. Worse still, only 594 thousand acres are on the plain, and around 50 thousand acres have been converted into non-agricultural usages such as farmhouses, residences, factories, stores, or restaurants. Given the limited land resources on an island, farmland is always the prey of every developmental desire.

Three types of conversion have been targeted by activist groups as the primary prohibiting objective: industrial park, warehouse, and factory. The first is mostly transformed legally but tremendously, while the latter two are mild but illegal. Other than the existing difficult phenomena, another dilemma among the farmland conservation campaign has arrived — the development of renewable energy, especially the installation of photovoltaic panels.

There is a sustaining pressure to develop farmland because land development is one of the main resources that local governments could make extra budgets. Last year, each local government announced their Municipality or County Spatial Plan. While it took Taiwan five decades to develop 50 thousand acres of industrial parks, the Local Spatial Plans manifest that the prospective developing land in the following five years is more than 100 thousand acres. Industrial parks not only create more jobs but collect additional tax since agricultural land is exempted from taxation in Taiwan. In the past 20 years, there have been 5 thousand acres of industrial land transformed from farmland.

Compared to Industrial Parks that take the farmland on the scale of hundreds of acres, factories and warehouses are the primary two ways that gradually erode agricultural areas. On average, Taiwan is losing 1500 hectares of farmland through illegal usage per year, with illegal factories accounting for the most significant use, warehouse, and residential house for the second, according to the CoA’s survey.

According to the same survey, 19,638 acres have been converted into factories. In the factories’ case, the impact not only includes the area they took but the externalities that pollute the environment of food production and nearby population. For instance, the wastewater discharged by one electroplating factory will result in nearby farmlands having at least three years of fallowness and requiring expensive remediation to remove the heavy metals absorbed in the soil.

“Farmhouse” (農舍, nóng shè) was a reasonable and legitimate building type on the farmland, which used to be where farmers store their tools and machines. But after non-farmers could acquire the ownership of farmland because of the amendment of the “Agricultural Development Act” in 2000, “farmhouse” became the major legal cover for residential houses. According to an analysis that compares the real estate trading data (collected by the Department of Land Administration) and farmland usage survey (provided by the CoA), 66,322 pieces of farmlands were covered with warehouses across the country, covering an area of 4,930 hectares, and the illegal rate was as high as one-third (Chung 2018). Although legislation such as the Building Act, Regional Plan Act, and Urban Plan Act prohibits unlawful building behaviour, municipalities and county governments always allege the amount has outnumbered the inspecting capacity, passively letting the situation exacerbate.

Fortunately, the Tsai administration brought a group of scholars and activists into the cabinet in 2016, promising to halt the loss of farmland. Until 2020, the non-agricultural usage of farmland is 48 thousand acres, which is the first time in history it has decreased. However, while the areas of illegal usage seem to be dropping, a new development pressure arrived.

The Non-Agricultural Usage Square Meter on the Farmland (acres) (Source: CoA, Organised by the author)

According to the integrated assessment model developed by Pacific Northwest National Laboratory, to achieve carbon-neutrality, which means net-zero carbon dioxide emissions, in 2050, Taiwan needs 170 GW from solar energy (Bergero et al. 2021). Depending on the place it is installed, the energy could be categorised into rooftop and ground-mounted solar power. Estimated from the present social and technological status, the limitation of rooftop solar is 55 GW (Ko et al. 2015), leaving at least 100GW to the land. One thousand acres could accommodate approximately 1GW solar power; 100gw means 100 thousand hectares of land to install photovoltaic panels. If we exclude the undeveloped land under conservation, then farmland becomes the most feasible and sufficient resource among the rest of the developed areas.

Nonetheless, in the past five years, solar energy development has indirectly encouraged farmers to abandon agricultural production and instead lease their lands to solar energy firms because it has become the most profitable investment in the history of rural land usage. Since 2010, the government has carried out the Feed-In Tariff policy, guaranteeing small-scale producers of renewable energy stable payments for 20 years. Some photovoltaic system firms provide landowners 400 thousand NTD per year, exceeding ten times the average rental price, 36 thousand, the farmer could pay (Liu et al. 2020). In contrast to the aforementioned facilities, PV panel installation is not polluting. However, even if the site is not ecologically sensitive, the social impact is still a trade-off that Taiwan must tackle in the next thirty years of the energy transition.

How do we arrive at the synergy rather than the trade-off?

Both the sole failure in carbon neutrality and food sovereignty could result in regrettable consequences for Taiwan. From the viewpoint of climate change, every step to mitigate the emission is in emergence since the result of failure is unbearable. While from the remaining campaign among environmentalists, present campaign discourse is being fractured by renewable energy development. To expand social communication and prevent irrational resentment against the low-carbon facilities, environmentalists in Taiwan that perceive the dilemma are working on the mechanism to evaluate the social and ecological impacts, hoping the conflicts would not totally restrain the development of renewable energy but spur the government to incorporate the underrepresented minority’s opinion.

In the climate crisis, calling for justice is not just a consideration of others’ livelihood but a faster way to achieve the objective. The participatory procedure in evaluating the environmental issues is the necessary reformation to prevent political consequences that may hinder the pursuit of sustainability. Also, the existing conversion of the land-use of the farmland reflects that Taiwan’s rural development is still lacking an integrated policy that could bring the most appropriate allocation of resources. The policymakers should address the conflicts from the rural perspective, temporarily leave the climate-centric standpoint, and include the industrial, social, and spatial planning aspects in a regional context.

Chia-Shen Tsai, born and raised in Taichung, is trained in anthropology and sociology. From rural care to environmental issues, he is fascinated by the gaps between various progressive agendas. He currently works for the environmentalist group Citizen of the Earth, Taiwan.

This article was published as part of a special issue titled ‘Agriculture and Food Studies’.