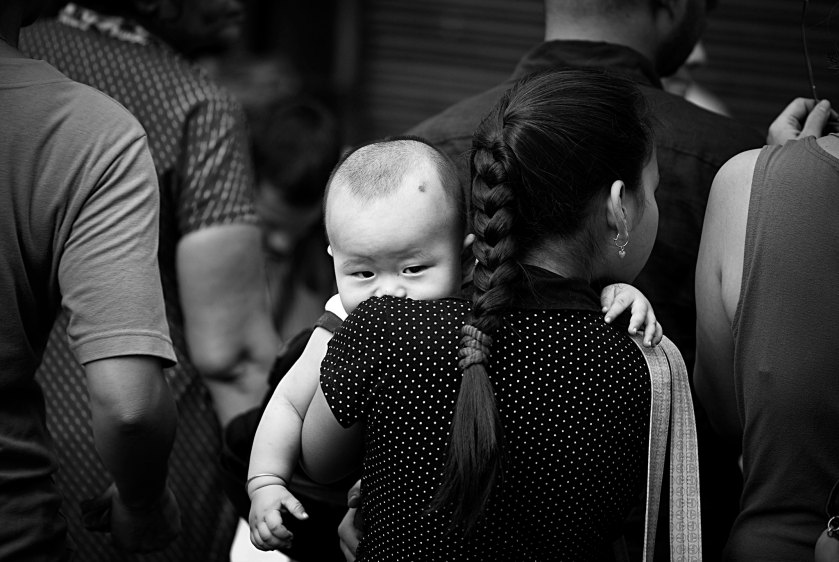 [Migrant] men can’t produce babies, but women can. We can’t allow foreigners to give birth in Taiwan and breed more foreigners […] It is indeed inhumane to repatriate a pregnant woman. However, even permitted to give birth in Taiwan, she and her child would have to be deported eventually. It is even more inhumane to break her family and separate the child from the [Taiwanese] father after they’ve developed bonds (the Legislative Yuan, 17 April 1992, Taipei).

This comment was given by a male legislator when the Legislative Yuan was reviewing the draft bill of Employment Service Act in 1992. He was one of those male KMT and DPP legislators who supported an amendment proposed by a male KMT legislator that mandated the government power to repatriate pregnant migrant workers, a measure not included in the draft bill submitted by the Executive Yuan. Although this suggestion was voted out by a tight margin, a back door was conveniently found after the draft bill was passed and the requirement was written into enforcement rules concerning migrant workers’ health. Pregnancy, therefore, stood side by side with several contagious diseases that would subject a migrant woman to expulsion should she fail to submit a pregnancy clearance. Bound by this regulation, in the following two decades, migrant women submitted their pregnancy clearances when applying for a visa in their home country (pre-entry clearance), three days after arriving in Taiwan (upon-arrival clearance) and every six months throughout their stay in Taiwan (post-entry clearance).

The post-entry clearance was dropped in 2002. After this, the upon-arrival clearance was cancelled in 2007. Finally, they cancelled the pre-entry clearance in 2015. Thus, for a total of 23 years, migrant women’s reproduction was under intensive surveillance, aiming to rid the Taiwanese state and society of the responsibility for caring about their pregnancy and maternity. An associated effort was to make their residency purposefully short to prevent them from forming an intimacy with Taiwanese men or foreign men or getting married to Taiwanese men. These scenarios are referred to as ‘social problems’ by various legislators. During the hearings where no female legislators spoke, against all KMT and DPP male legislators who supported the proposed expulsion, two DPP male legislators strongly condemned this suggestion as class-based discrimination since it did not apply to foreign women who were recruited for ‘white-collar’ work. They also denounced it as gender-based discrimination that violated migrant women’s human rights. These two legislators were mocked and attacked by their colleagues for their ignorance of a ‘grave danger’ posed by migrant women’s reproduction.

What was at danger worried by these male legislators if migrant women from the Philippines, Indonesia (and later Vietnam) gave births to children fathered by Taiwanese men or foreign men? Legislators at those hearings never spelt it out clearly, but migrant women from these worse-off countries were clearly treated with contempt by them since cases of Southeast Asian women’s engagement in sex work were mentioned in passing at these hearings. After the pre-entry clearance was dropped in 2015, in 2017 the Control Yuan investigated issues surrounding the difficulties of ascertaining the nationalities of children born to migrant women’. However, an impression one would take from reading through the meeting transcripts of reviewing the Employment Service Act recorded in the Legislative Yuan Gazette would be that the danger of children deprived of family life and having no access to healthcare or education was not those legislators’ concerns. Nor was the danger of female care workers’ exposure to rape or sexual violence in their employer’s home. Thus, the discourse of the ‘grave danger’ warrants an inquiry into how migrant women’s reproduction is perceived by the general public of the host society.

To unpack this discourse, one should start by looking at how migrant women’s care labour has now been incorporated into the provision of home-based care in Taiwan. Back to 1991-1992 when the draft bill of Employment Service Act was debated at the Legislative Yuan, the importation of migrant workers was supported by the rationale fathomed by male and female legislators who argued that migrant women could relieve local women from their care duties and allow local women to concentrate on their waged employment outside of the home. This was said to be supporting their career aspirations and contributing to the national economy (Legislative Yuan, 12 June 1991; 9 January 1992). At that time, it was mostly domestic workers whose homemaking labour fitted this rationalisation. However, more than two decades later, migrant women have become the primary source of home-based labour for caring elderly citizens who suffer dementia, chronic diseases or serious illness. Hiring a Maria from the Philippine (or an Ah Ti from Indonesia, an Ah Thao from Vietnam), and paying her a reasonable monthly salary, would give peace of mind to Taiwanese sons, daughters or daughters-in-law in all occupations to maintain their economic outputs or continue their social life. Whilst this transaction of care retains Taiwanese people’s preference for home-based care and contains the disruption caused by parents’ illness to their family life to a minimum, it is purchased by disrupting the family life of Maria (or Ah Ti, Ah Thao), who remits her absent care to her husband, children or parents to substitute her physical absence.

Strangely, although directly contributing to Taiwanese people’s family life, the economy does not render respect or appreciation to many a Maria, an Ah Ti or an Ah Thao, whose own family life is interrupted because of work. As female care workers around the world have commonly experienced, providing care to those who are sick, elderly, or mentally or physically disabled is not considered a professional skill. This is regardless of the necessary skills needed to work with their food, medication, ulcers, sputum, pus, vomit, excrement or blood at a private home, care institution or hospital. Arguably, this is because all women are believed to be naturally caring, and all women know how to care. Their care and emotional inputs to their patients only earn them a low wage, sometimes lower than the statutory minimum. Their care and emotional labour – made affordable because of low wages – usually as a result of government intervention, is conceived as ‘cheap.’ It seems that the cheapness of their labour transforms them into cheap human beings, whose worthiness is measured by the (underrated) market value of their emotional labour and professional care. It seems that workers who are paid to react to a variety of health conditions, and are made to meet the fluctuating demands arising from these conditions, continue to be treated as servants—as servants, they are locked in a disadvantaged power relation vis-à-vis their employers and the society at large.

When these workers are migrant women from worse-off countries, they are negatively conceived as cheap women who are void of human dignity. This disqualification of their skills in providing care and emotional labour has also taken place in Taiwan since Southeast Asian women were employed at Taiwanese private homes. Universally imagined as destitute women in rural areas stricken by poverty and lacking education, they are imagined as selfless towards their families, subservient towards their employers, and hardworking in order to save and remit, regardless of conditions including sex work. The fact that, as of June 2020, a total of 256,138 care workers employed by families and care institutions indicated that more than a quarter of million families benefited from their care. Therefore, they are factually desired but subjectively undesirable, as found by longitudinal surveys, one of which conducted in 2005 showed that 70.3 per cent of respondents agreed that Southeast Asian workers were ‘serious social problems’. However, in the same evasive manner, as found amongst legislators who saw migrant women causing social problems, there were no indications as to what the problems might be that were related to migrant workers in general and migrant women in particular.

After the pregnancy clearance was dropped, calls for reinstating the screening were heard from time to time, notably when it was reported in 2017 that the government used the Employment Stability Fee, a levy paid to the government by employers for their recruitment of foreign workers, to fund the care given by social organisations to children born to migrant mothers. Under the heading of ‘Is it a Ministry of Labour or a Ministry of Benefit for Foreign Labourers’ Fertility,’ Taiwanese men and women widely condemned the funding, with derogatory comments such as ‘encouraging foreign labourers to prostitute as a part-time job,’ ‘why care for children born to loose women,’ and ‘enforcing compulsory pregnancy clearance to protect Taiwanese employers.’

Under Taiwan’s guest worker system, migrant workers who are absent from home are already deprived of family reunion in Taiwan. These outpouring criticisms indicated that mixed children and their ‘immoral’ mothers were seen as a liability to the well-being of Taiwanese society. Thus, there is societal intolerance towards mixed families formed by migrant women in Taiwan with local men or foreign men, which is an outright rejection exacerbated by a patriarchal legal system where the father’s nationality principally determines childrens’ nationality. The promotion of the New Southbound Policy may have contributed to the popularisation of Southeast Asian languages, cuisines, dresses and markets where the perceptions towards Southeast Asian migrant spouses and their mixed children have started to change. Nevertheless, the decade-old discrimination towards undesirable Southeast Asian care workers and the hostility towards their reproduction did not seem to abate in Taiwan, a self-declared multicultural society.

Isabelle Cheng is a Senior Lecturer in East Asian and International Development Studies, University of Portsmouth.

This article is part of a special issue on racism and discrimination in Taiwan.