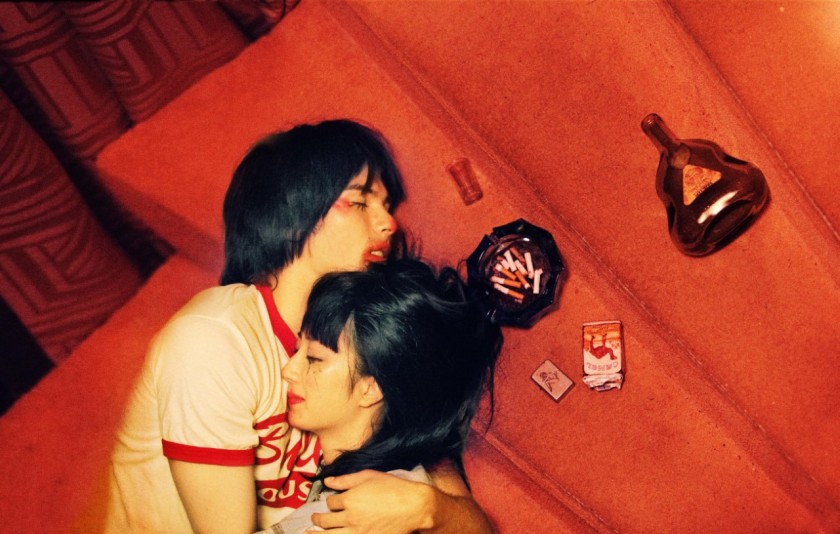 It has been over half a century since the decriminalisation of homosexuality in the UK, but stereotyping, discrimination and misrepresentation still exist. This is especially true for LGBTQ+ people of colour, who are often marginalised for their race and sexual orientation and excluded from mainstream discourse.

Significant progress and landmark rulings in advancing LGBTQ+ rights have been made across Asia in recent years, though many challenges and obstacles remain. Asians are among the fastest-growing ethnic groups in the UK, but Asian LGBTQ+ communities are not widely represented.

Film reflects society and a medium capable of raising awareness amongst audiences in a direct and accessible way. Queer representation in the media is strongly linked to the wider public’s views on LGBTQ+ communities. I founded Queer East to amplify the voices of under-represented queer Asian and diasporic communities. It aims to bridge the cultural distance between Asia and other continents through the power of screen storytelling.

On 29th May 2019, Taiwan’s Legislative Yuan passed a same-sex marriage bill, making Taiwan the first – and to date, only – Asian country to do so. This landmark victory followed decades of campaigning for queer rights. In the early 1990s, after the termination of 38 years of martial law, a more organised and larger-scale grassroots LGBTQ+ force was mobilised across the nation, addressing homophobia, gender equality education, and HIV/AIDS stigmatisation. At the same time, the invisible became visible. Finally, homosexual stories, characters and desires were depicted frankly and publicly in literature, theatre, visual art and films, with many international recognition works.

LGBTQ+ film festivals date back to the mid-1970s in North America. They have been strongly associated with the development of queer activism and are regarded as an act of resistance against the systematic erasure of queer communities. In an East Asian context, Taiwan’s case helps us understand the shifting attitudes and discourses regarding how culture, law, history and social norms have constructed the current queer landscape in East Asia. This region has a long-standing reticence about homosexuality, where many people find it difficult to speak publicly about sexuality. Therefore, my rationale for including a dedicated Focus Taiwan programme as part of our festival is to offer a cinematic journey, showing how its vibrant queer filmmaking culture has developed over time.

Amongst ten feature films included in the programme is Ang Lee’s second feature, The Wedding Banquet (1993), one of the earliest films to deal with a gay man’s struggles in a same-sex relationship and the expectations he faces from his traditional parents. Additionally, Chih-Yen Yee’s 2002 film Blue Gate Crossing is a coming-of-age drama that enjoyed significant box office success. The film retains a special spot in Taiwanese film history for opening up a new genre of LGBTQ+ storytelling, inspiring and influencing many subsequent works.

The Teddy Award-winning Spider Lilies (dir. Zero Chou, 2006) explores the relationship between traumatised memories and queer female desire, while Alifu, the Prince/ss (dir. Yu-Lin Wang, 2017) is a rare take on the place of transgender identity within indigenous communities. Girlfriend Boyfriend (dir. Ya-Che Yang, 2012) explored homosexuality in the context of Taiwan’s dramatic transition when campaigners fought for democracy in the 1980s.

This programme is only a glimpse into what Taiwanese queer cinema can offer. With wider social acceptance and growing awareness of the LGBTQ+ community, the film industry is evolving, progressing and scaling up queer productions, responding to deepening conversations on queer issues, and recognising their business potential. We see more and more films move beyond stereotypical portrayals of queer characters as a group of suffering victims. Instead, filmmakers explore and showcase LGBTQ+ experiences using a multitude of approaches.

In the last two years, many Taiwanese LGBTQ+ films have emerged, from Tsai Ming-Liang’s Teddy Jury Award-winning art film, Days (2020), to the record-breaking 2020 commercial hit, Your Name Engraved Herein (dir. Kuang-Hui Liu). These deal with varied topics, such as Dear Tenant (dir. Yu-Chieh Cheng, 2020), focusing on same-sex families and child adoption; Synapses (dir. Tso-chi Chang, 2019) and Nobody (dir. Chun-Hua Lin, 2020), which pays attention to elderly queer characters; The Teacher (dir. Ming-Lang Chen, 2019), which is about the enduring stigma surrounding HIV and AIDS, and Born to Be Human (dir. Lily Ni, 2021), which focuses on the rarely-discussed struggles of an intersex character.

Simultaneously, film researchers are rediscovering films from the days when homosexuality was banned due to political oppression. Through a modern queer lens, the ambiguous relationships and metaphors hidden in archive films become visible to audiences, as in the recently restored The End of Track (dir. Kuang-Hui Liu), made in 1970.

Global events in the past year, from COVID-19-related anti-Asian attacks to the Black Lives Matter movement, have once again reminded us how vital fair and authentic racial and sexual representation is for our society. Films communicate ideas, provoke debates and inspire alternative ways of thinking. By showcasing films that people might not otherwise get a chance to see, I hope Queer East can help tackle inequalities both within and outside LGBTQ+ communities and ensure the diversity of queer communities is well-reflected.

Yi Wang is the director and programmer of Queer East Film Festival. He also works as a creative producer at The Culture Laboratory, an independent studio for arts and cultural events management.